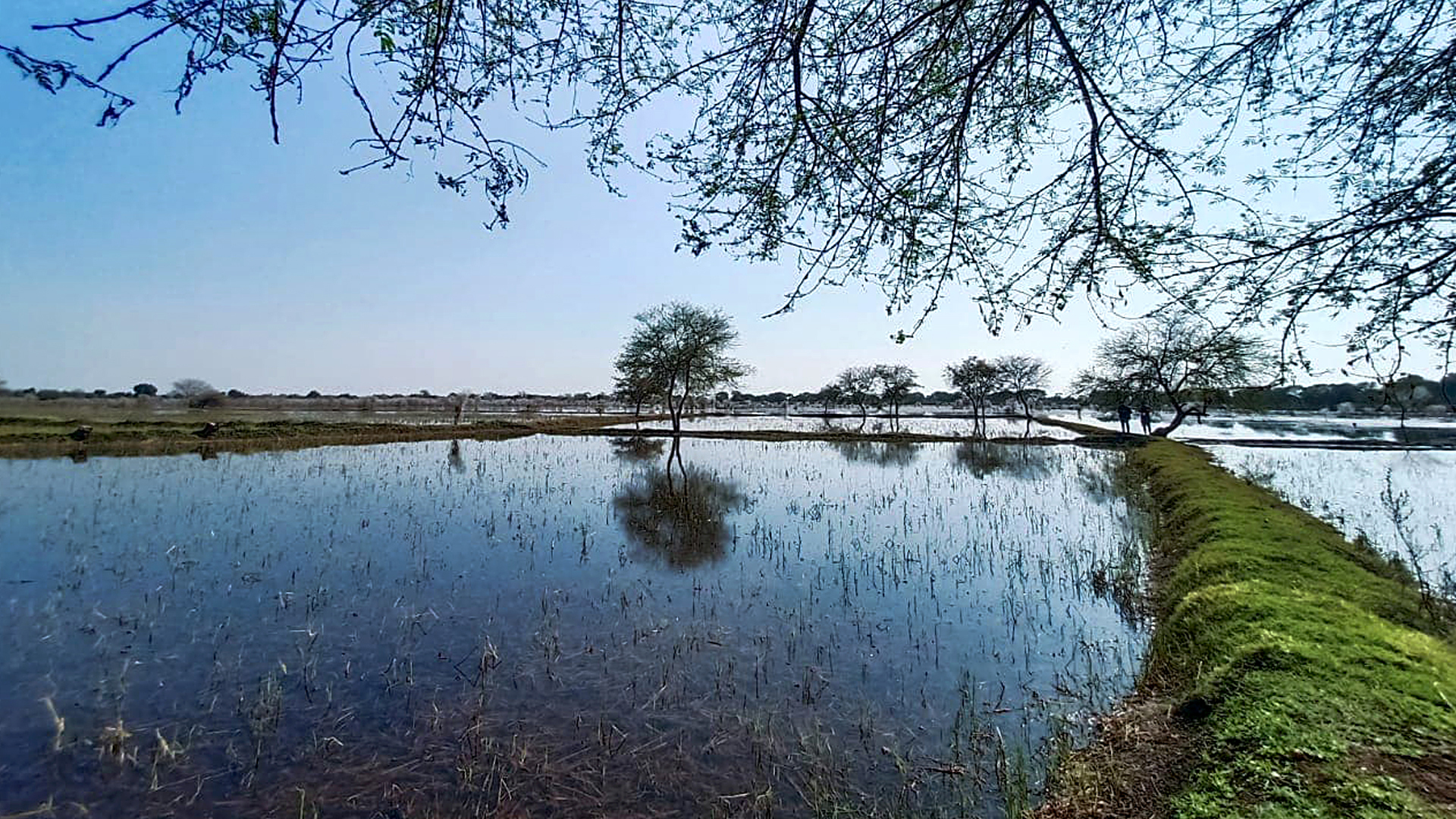 The wetland in Murkutta village in Bemetara. It is being hoped that the entire area will be declared a Ramsar site. (Ravi Naidu)

DURG, India — For three years, migratory birds had stayed away from Gidhwa and Parsada — two villages in the eastern state of Chhattisgarh — because of drought. But last year, winged visitors from Europe, Mongolia, Myanmar, and Bangladesh started arriving here with the onset of winter in October.

The wetlands in the area, about 77 kilometers (48 miles) north of state capital Raipur, are an “undeclared bird sanctuary”, according to the website of the district Bemetara. “Reservoir fishes, village moist lands and biodiversity attract” the birds, it states. 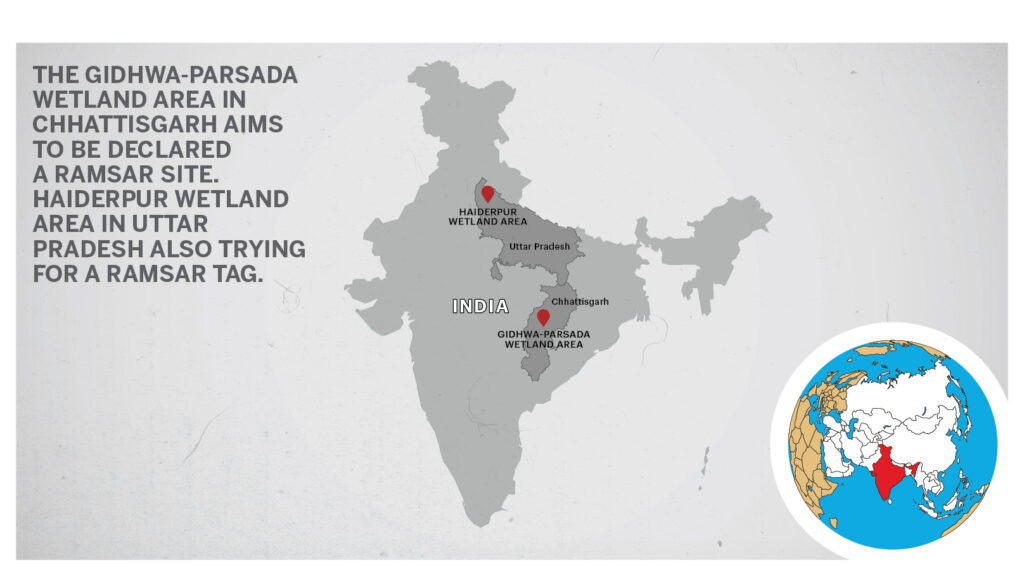 The state decided to organize a three-day bird festival from Jan. 31 this year.

The Gidhwa-Parsada wetland area aims to be declared a Ramsar site soon. Named after the Iranian city of Ramsar, The Convention on Wetlands “is the intergovernmental treaty that provides the framework for the conservation and wise use of wetlands and their resources.”

India has 37 such sites according to a factsheet published by the wetlands division of the Ministry of Environment, Forest and Climate Change in 2020. 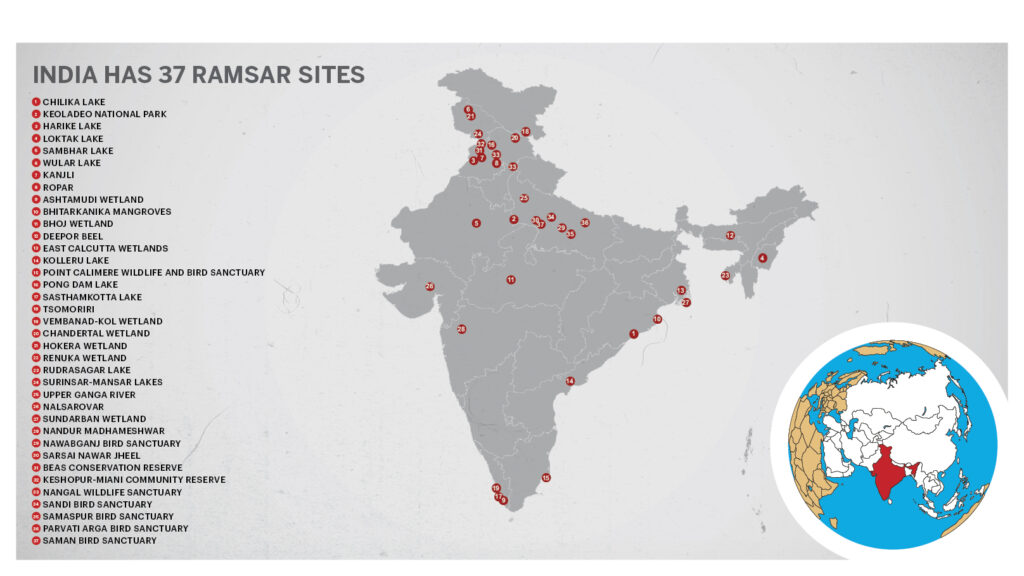 “I am preparing a draft proposal for the Ministry of Environment, Forest and Climate Change so that we can apply for these wetlands at Gidhwa-Parsada to be declared a Ramsar site,” Dhammshil Ganvir, divisional forest officer, told Zenger News.

“All these wetlands in the radius of 5 km had dried up because of the spread of invasive species, pollution, and lack of adequate rains in 2016, 2017, and 2018,” he said. “To rekindle villagers’ interest, the bird fest was organized.”

“It was the first step,” he said. “Now, communities are being made aware about conservation through discussions and workshops.”

Apart from bird festivals in years to come, locals can derive a lot of benefits through the promotion of ecotourism and home stays in winter. The specific cropping pattern supporting the cultivation of paddy, along with millets and pulses, in many of the villages lying adjacent to these water bodies is suitable for birds.

Besides bird festivals, the area could also be opened up for home stays.

The secluded area is full of babool or kikar (Gum Arabic), and arjuna trees. These are ideal roosting spots for birds.

“During the drought, the area was filled with dried up branches of babool trees,” said Ravi Naidu, a local birdwatcher. “But after good rainfall in 2020, the trees were submerged and the birds used the floating twigs for perching.”

“Raipur-based avian expert Arun M.K. Bharos reported 143 species of birds in these wetlands, and plans for a bird sanctuary was on the radar around 2018,” said Ganvir.

“But consecutive droughts led to the drying up of the water bodies and naturally birds like the Bar-headed goose and other important species, stopped visiting. So, we dropped the sanctuary idea.”

The return of the birds, however, has now led to newer plans.

At present, villagers are being trained to look after the water bodies through biodiversity management committees.

“Village-level committee, each comprising 13 members, had been formed,” said Parsada resident Himanchal Kumar Verma. “In the future, people can also hold bird fests and invite guests on their own. A primary school teacher has already started preparing a list to inform students about different bird species.”

“Before the fest, polythene, and litter were common near the water bodies,” Abhishek Maitry, an intern with the forest division. “A two-day workshop was held on Feb. 8 and 9. Experts explained to villagers how to take care of the water bodies, and why wetlands should be conserved.”

“About 100 villagers attended from nearby villages,” said Maitry, who has a postgraduate degree in forestry, wildlife, and environmental science.

Besides pollution, there are other threats to the wetlands.

These serve irrigational purposes, but many farmers in Bemetara have started relying on bore wells, leading to the fast depletion of the groundwater level.

Wetlands support the income and food needs of some 1 billion people globally, according to the Food and Agriculture Organization. Many wetlands are utilized by villagers for growing water foods like water chestnuts.

The northern state of Uttar Pradesh has identified several wetlands for protection.

Haiderpur in Uttar Pradesh, which is also aiming for a Ramsar tag, was in the limelight after a bird festival was held in February 2020.

A SANDRP report said there are 20 wetlands concentrated in northern India while many states, including Chhattisgarh, have no Ramsar wetland.