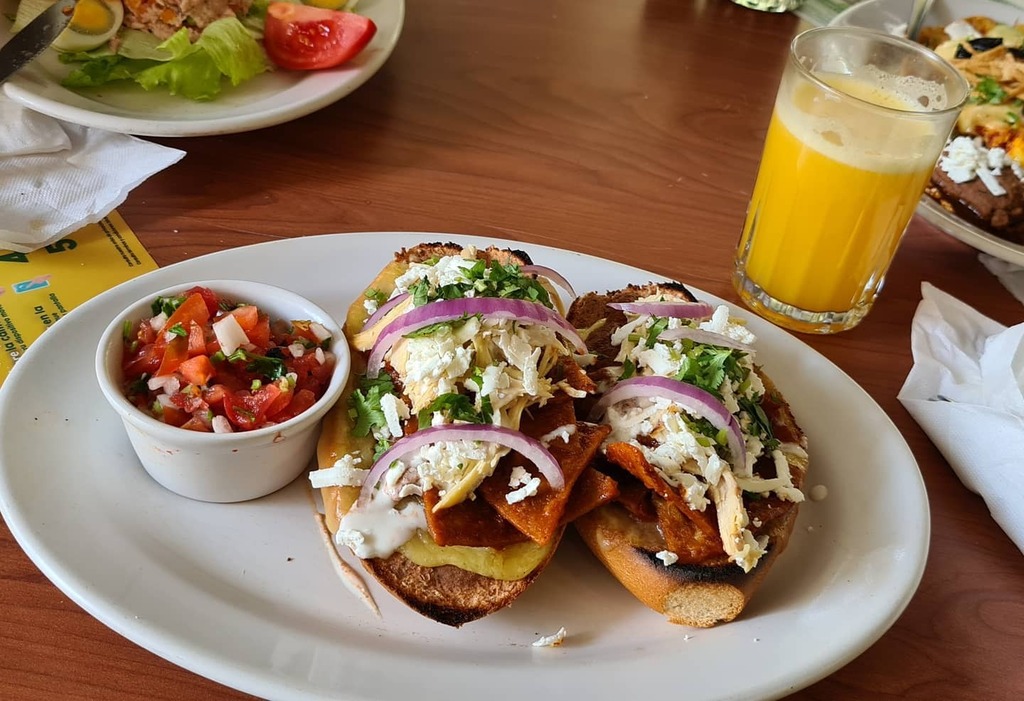 Molletes, an open-faced sandwich, begin with a halved bread roll with refried beans, melted cheese and salsa. The Mexican imagination flies when it comes to ways of topping them.

“The yummiest thing is when molletes have well-prepared refried beans,” said Damina Cruz, a housewife from Veracruz.

Molletes are popular because they are simple and inexpensive. They make up the quintessential dish in university cafeterias; in Mexico City, a breakfast combo with molletes and coffee is traditionally called a “college breakfast.” But Mexicans enjoy molletes at any time of the day.

Emblematic from Mexico City, other states have regional variations of molletes.

People from Querétaro give this name to toasted bread with butter and sugar, while in Veracruz, molletes have stews or meats on top of the beans. Prosciutto, Velveeta cheese or scrambled eggs are typical toppings in the coastal town.

Diners can enjoy molletes with red or green chilaquiles on top, garnished with cream, cheese and onion in central Mexico.

Although less common, carne asada molletes are a treat in the northern city of Monterrey.

Silvia Nicte-Ha, who graduated in gastronomy from the Mexican University, shares her secrets to prepare molletes:

“First, cut the bread into halves and spread butter or olive oil on each half, whatever each person prefers. Toast both halves on a comal [a ceramic flat griddle] until they brown a little,” she said, explaining the bread has to get a little golden but not too brown.

Some people toast the bread halves in an oven until they are crispy.

“Then, spread a layer of refried beans on each half and put a slice of Manchego cheese on top. Put them back on the comal and warm them over very low heat for the cheese to melt,” said the chef.

“Finally, serve them on a plate with a good pico de gallo. Some people might add meat or egg on top. They can do it. Some substitute the pico de gallo with red or chipotle salsa,” she said, acknowledging the dish might transform according to the diner. Perhaps it’s why so many choose molletes as their comfort food.