Between 500 and 1,000 doctors head to France, Canada and other countries annually.
By Farid Sait March 8, 2021
Facebook
Twitter
Linkedin
Email 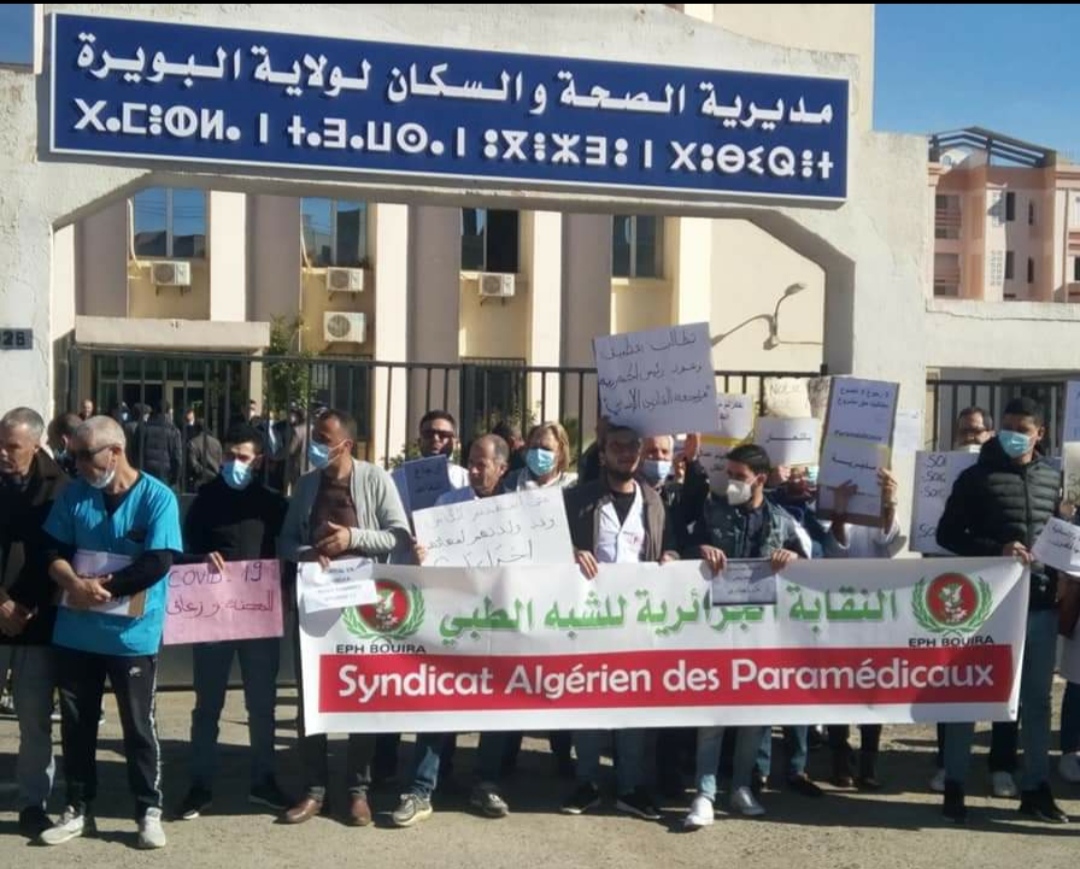 As thousands of doctors leave Algeria for better pay, working conditions and opportunities, the North African country’s healthcare sector is under stress.

An estimated 500 to 1,000 Algerian doctors move to France, Germany, Canada and Gulf countries, among others each year. The National Council of the Order of Physicians estimates that 15,000 doctors in total have left the country, according to Dr. Mohamed Bekkat Berkani, president of the National Order of Physicians and a member of Algeria’s Scientific Committee to Combat COVID-19.

With the exodus due to deteriorating working conditions, the quality of medical care in the country has declined.

About 7 percent of Algeria’s gross domestic product has been spent on healthcare in 2021, but “healthcare in Algeria has struggled for years, and the COVID-19 pandemic exposed many of its weaknesses,” according to the Borgen Project, a global anti-poverty organization based in the United States.

“Algeria needs doctors and paramedical staff as there are only 1.13 doctors per 1,000 people,” according to medical residency data published in 2015.

With fewer doctors and lower-quality care, many patients are transferred, at the government’s expense, to other countries for care that is unavailable in Algeria. Minister of Health Abderrahmane Benbouzid, addressed this issue during a visit to Blida, about 45 km (28 miles) southwest of Algiers, on Feb. 2.

“We will work to reduce the cost of transferring patients to other countries in order to benefit from surgical procedures not available in national hospitals, through the use of foreign expertise, which will carry out these procedures in Algeria with the assistance of local medical executives,” Benbouzid, who was in Blida to inspect conditions for patients at the cardiology department of University Hospital Center Frantz Fanon, said.

Though treatment in the country’s public hospitals is free, some patients require surgeries or other treatments that Algeria is not equipped to provide. Transferring patients abroad, which often benefits the more affluent, costs the Algerian treasury hundreds of millions of dollars.

Oncology professor Kamel Bouzid, head of the department at the Pierre and Marie Curie Center at Mustapha Hospital in Algiers and president of the Algerian Society of Medical Oncology, is one of the main opponents of this practice.

“I have always advocated for stopping the transfer of patients abroad,” he said. “We are the only country that exports [not only] patients, but also doctors. That’s enough … that’s too much.”

Bouzid also criticized senior government officials, claiming that instead of developing policies to improve the country’s health sector, they seek treatment for themselves in France or Germany.

“I can personally attest that there is a main channel to France, but also to the Gulf and Anglo-Saxon countries, especially the United States,” Dr. Mohamed Bekkat told Zenger News.

“The president of the Republic was treated in Germany, and his predecessor, Abdelaziz Bouteflika, received quality medical care in Switzerland and then in France, so it proves that the health sector is sick in our country,” said Smail Nacef, 40, who was visiting a member of his family being treated at Mustapha Hospital.

“The problem of the emigration of the ‘brains’ is like a real hemorrhage of doctors,” said Berkani.

Meanwhile, many hospitals and health centers in Algeria are suffering from a shortage of medical and paramedical personnel.

As some regions, including those described by President Abdelmadjid Tebboune as “shadow zones of the Republic,” are sorely lacking medical facilities and doctors, Berkani is calling on the government “to take to heart this scourge that makes Algeria a country providing skills for the benefit of foreign countries.”

Berkani believes that the Ministry of Health should find a way to bring back medically-skilled Algerians in the diaspora and to keep young doctors in the country.

The shortage of personnel affects all health specialties, some more than others.

“Oncology, cardiology and genecology are the specialties most affected by this lack,” said Dr. Saâdi Slimane, a general practitioner in Bouira.

In addition to personnel, the health system in Algeria lacks equipment, particularly for radiology and high-risk surgeries.

“All these problems are due to the fact that the authorities in the country do not give the necessary importance to this critical sector and to the doctors, who live and work in catastrophic conditions,” said Dr. Ahcen Zekkar, a cardiologist.

Demonstrations by thousands of resident doctors in Oran, western Algeria, in 2018 were part of weeks-long protests there and in Algiers that were violently broken up by police.

Several hundred people in Algiers gathered inside the University Hospital Center in solidarity with the resident doctors. Similar gatherings were held in other cities as well.

“This bloody repression, in addition to the miserable socio-professional conditions in which Algerian doctors and paramedics work, is the cause of hundreds of them fleeing abroad. Personally, I also intend to leave,” Dr. Fatima Sawli, a specialist in internal medicine at Annaba Hospital in northeastern Algeria, told Zenger news.

“The state marginalizes us, despises us. Our health facilities lack everything. There is no material means, no consideration or support.”

«Previous Post
Police Violence Against Women In Zimbabwe Increases With Impunity During Pandemic »Next Post
Mother, Daughter Gagged And Killed By Husband in South Africa