VIDEO: Step Too Far: Mum Who Bedded Stepson Shows Off Their Newborn Baby 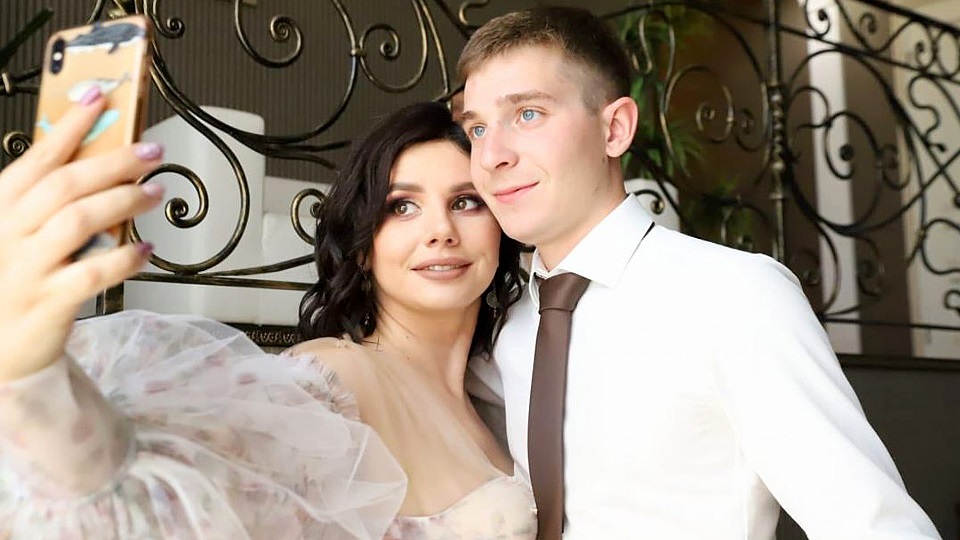 KRASNODAR, Russia — A 20-year-old Russian influencer shared a picture of his newborn baby girl after marrying his stepmother last year.

Marina Balmasheva, 36, who hails from the western Russian region of Krasnodar Krai, lived with her husband Alexey, 45, for over 10 years before they got divorced. Since then, she started dating his 20-year-old son Vladimir ‘Voya’ Shavyrin.

Marina married Vladimir last summer and the couple gave birth to a daughter, who they have named Olga Vladimirovna.

Both Marina and Vladimir notified they are not speaking to her ex-husband and his father.

“I think he does not like what we have done,” said Marina.

Before Marina’s previous relationship broke, the couple adopted four children including the youngest with Down syndrome. All the other kids are currently living with Alexey after a court deprived Marina of her parental rights for them.

Marina’s social media fans were in awe when she shared a snap of her posing next to little Vladimir 13 years ago when he was seven years old. Alongside, she included a photo of the happy couple today.

“You never know how life will turn out and when you will meet a person who makes you smile. I know that some will judge us, others will support us, but we are happy and wish you to be as well,” she said.

Reportedly, Marina is very much in love with Vladimir and the couple is also helping to raise three of his five siblings.

As per the report, parenting describes parental behavior and practices the way they are perceived by children. It is composed of two dimensions — demandingness and responsiveness. Demandingness describes parental expectations that are related to children’s behavior and socialization while responsiveness refers to parent’s general tendency of providing warmth, support, and a positive attitude towards their child’s need.

This study not only focuses on individuals who have become parents for the first time but to all the existing parents, to cater to the needs of the children effectively.

Proper care should be taken after a baby is born. Another report says that the health of the mother and infant is directly connected. Improved mother’s health can prevent 70 percent of newborn deaths. Both mother and infant need attention before, during, and immediately after birth.

Marina and her baby seemed to suffer no complications during labor and delivery.