Banned driver ran over one victim, rear-ended another car and then roared through his ex’s garden, say police. 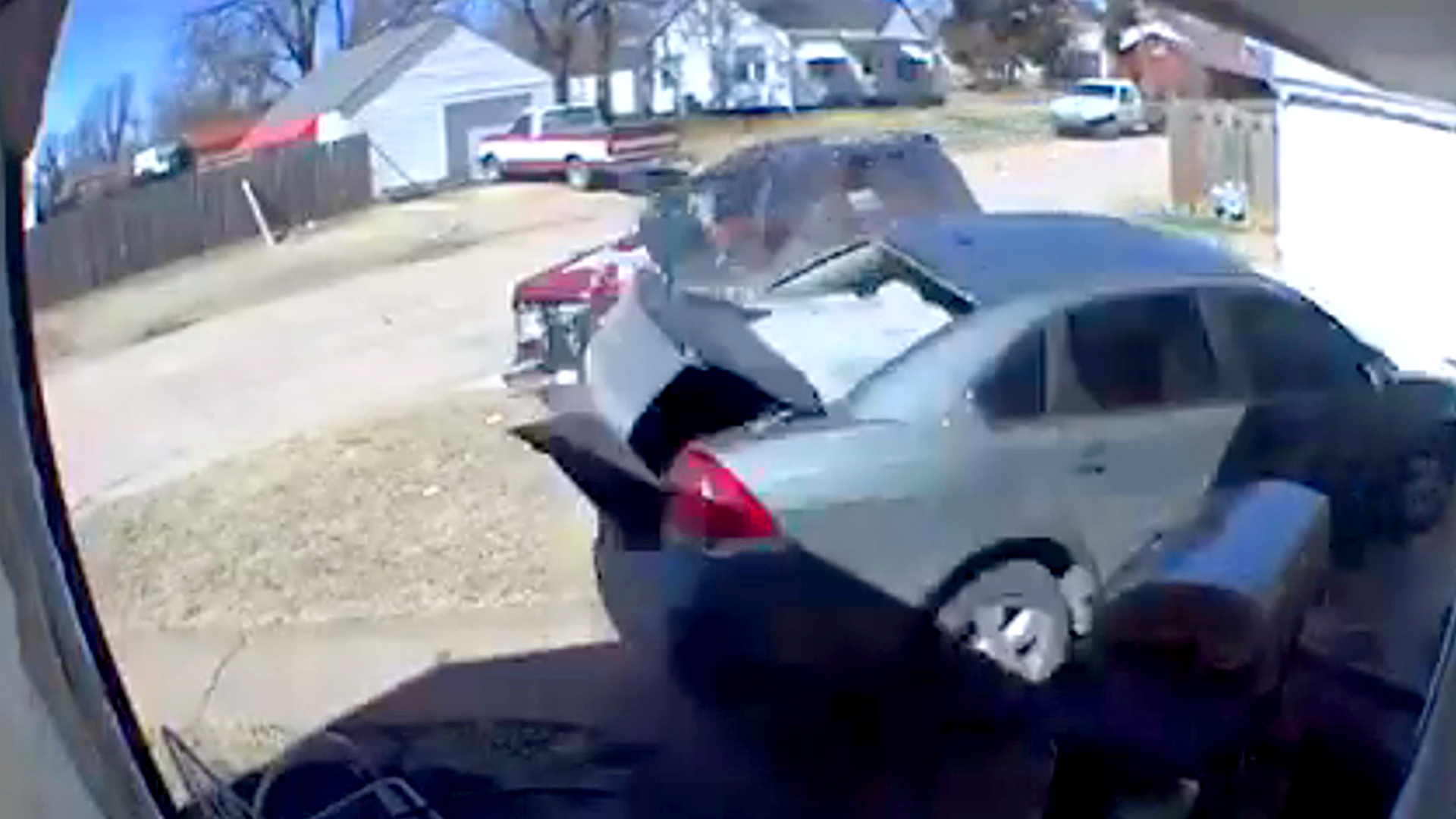 The moment man drove into his ex-wife’s vehicle and house, in the city of Enid, Oklahoma. (EnidPolice/Newsflash)

ENID, USA – The Enid Police Department arrested a 34-year-old husband on charges of intentionally damaging his ex-wife’s car and property.

The man identified as Tony Michael Shaw was filmed in Enid, Oklahoma, on Feb. 24 with the police sharing the footage on social media on March 2.

The police posted a video about the incident on Facebook writing, “our officers arrested a 34-year-old man on multiple complaints after he intentionally drove into his ex-wife’s vehicle and house following a hit-and-run accident minutes before.”

“Wednesday’s incident began with Shaw rear-ending a vehicle in the 200 blocks of East Broadway at 12.04 PM with his 1989 Chevy Blazer,” the police said.

He was also arrested on a complaint of assault and battery with a deadly weapon for an incident Feb. 21 where he struck a man in the Sonic Drive-In parking lot with his vehicle.

“The driver of the vehicle he struck said Shaw was behind them in traffic and could be heard yelling. The driver said the suspect was red-faced and was making dramatic gestures before colliding with their vehicle,” the police said.

He then drove to his ex-wife’s house and CCTV footage showed him leaving the road to apparently hit her parked car before crashing into a tree in the garden.

During treatment, an officer heard Shaw tell medics that he wished his ex-wife was in the garden when he accelerated through it.

In Oklahoma, drunk driving, speeding, and distracted driving are the three main factors contributing to road crashes in the state. A total of 145 road crash accidents took place in the state per day, as per the Highway Safety Office Statistics.

“About one in three traffic deaths in the United States involve a drunk driver,” as per a report on drunk driving in Oklahoma.

«Previous Post
The Man Who Created Menudo »Next Post
Constant Craving: Corn Antojitos Are The Heart Of Mexico In A Bite