Adorable otter pup being hand-reared by keepers until it can feed itself.
By Maja Mishevska March 7, 2021
Facebook
Twitter
Linkedin
Email 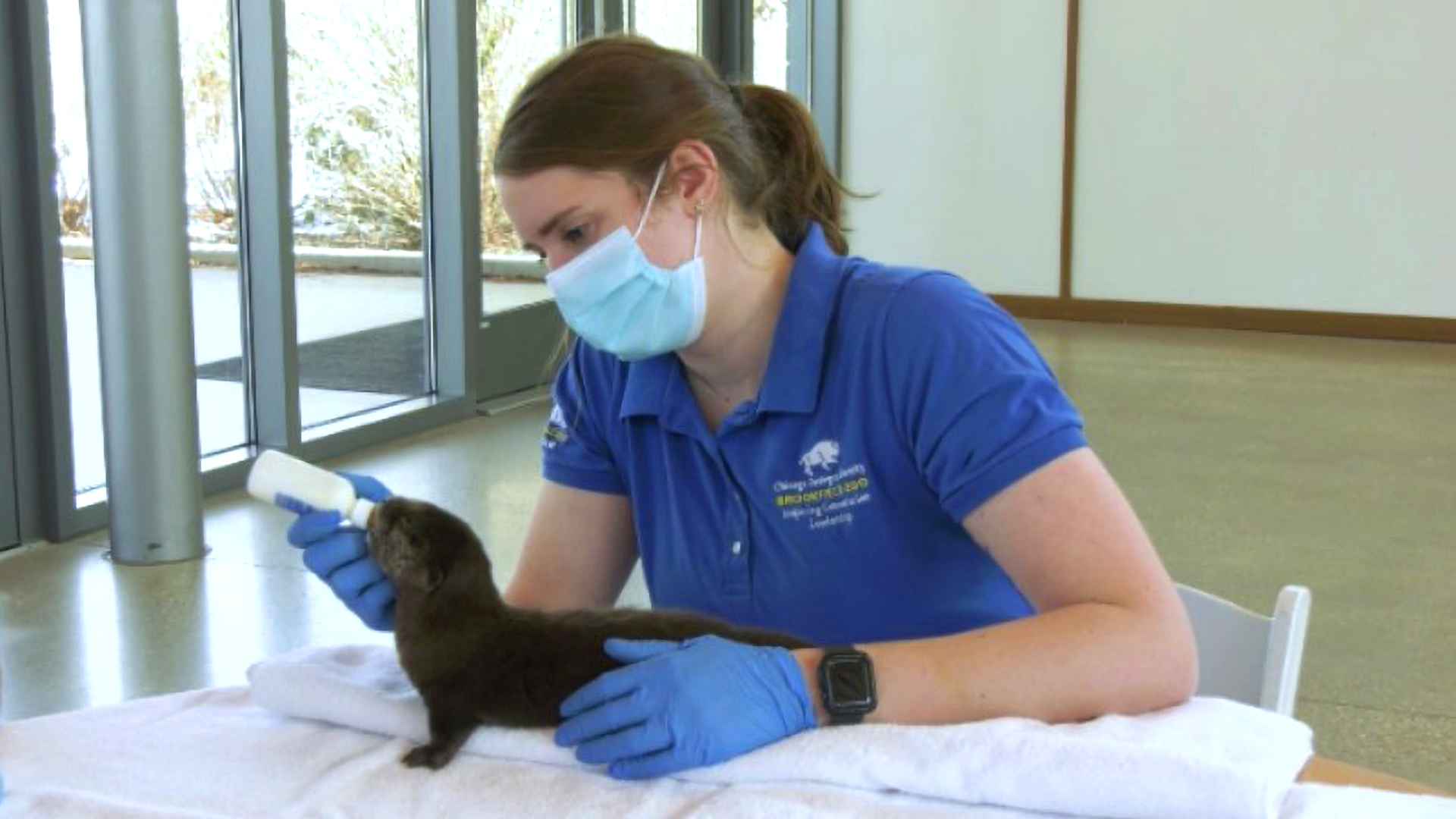 The otter being hand-reared at the Brookfield Zoo. (Lynette Kleisner, Chicago Zoological Society/Clipzilla)

BROOKFIELD, USA – The Brookfield Zoo has released a video of a month-old otter pup being hand-reared by animal care staff after the mother was not able to feed her.

The North American river pup was not getting proper nourishment when the staff decided to take the matter into their hands.

“The pup will most likely be re-introduced back with mom Charlotte and his dad Benny, once he is weaned, in about a month’s time,” said Sondra Katzen from the Brookfield Zoo.

The zoo has invited the public to cast their vote for the name of the newborn and offered four alternatives for people to choose from.

The first one is Chippewa — the name of river found in the upper Midwest where North American river otters are found. The Chippewa River in Wisconsin flows approximately 294 km through west-central and northwestern Wisconsin. It was once navigable for approximately 50 miles (80 km) of its length, from the Mississippi River, by Durand, northeast to Eau Claire.

The second one is Flambeau — a river in north-central Wisconsin also found in otters’ native habitat. The Flambeau River is a tributary of the Chippewa River in northern Wisconsin, United States. The Flambeau is an important recreational destination in the region. It is notable among canoeists in the Midwest for outstanding canoe camping, including excellent scenery, fishing, and white-water.

The third name is Pascal — the name of an otter character in a popular video game. Pascal is a special character that debuts in the game of Wild World and later plays a role in City Folk, New Leaf, and New Horizons — famous video games. He is a Red Sea otter, with a yellow muzzle, a brown nose, and whiskers, as well as wide black eyes. He wears a beige sailor’s watch cap, dungaree overalls, and has a scallop hanging around his neck.

Katzen said voting will be open on the zoo’s Twitter page for two weeks.

As per a report by Brookfield Zoo, the population of North American river otters in Illinois was fewer than 100 individuals in the late 1980s, due to over-harvesting and habitat loss.

However, thanks to a successful recovery program that started in the early 1990s in which 350 otters were relocated to the zoo all the way from Louisiana, their numbers quickly increased.

Activities towards conserving wetlands and wooded areas along streams and rivers where otter typically live were also initiated.

Currently, this otter species population is completely stable and listed as ‘Least Concern’.