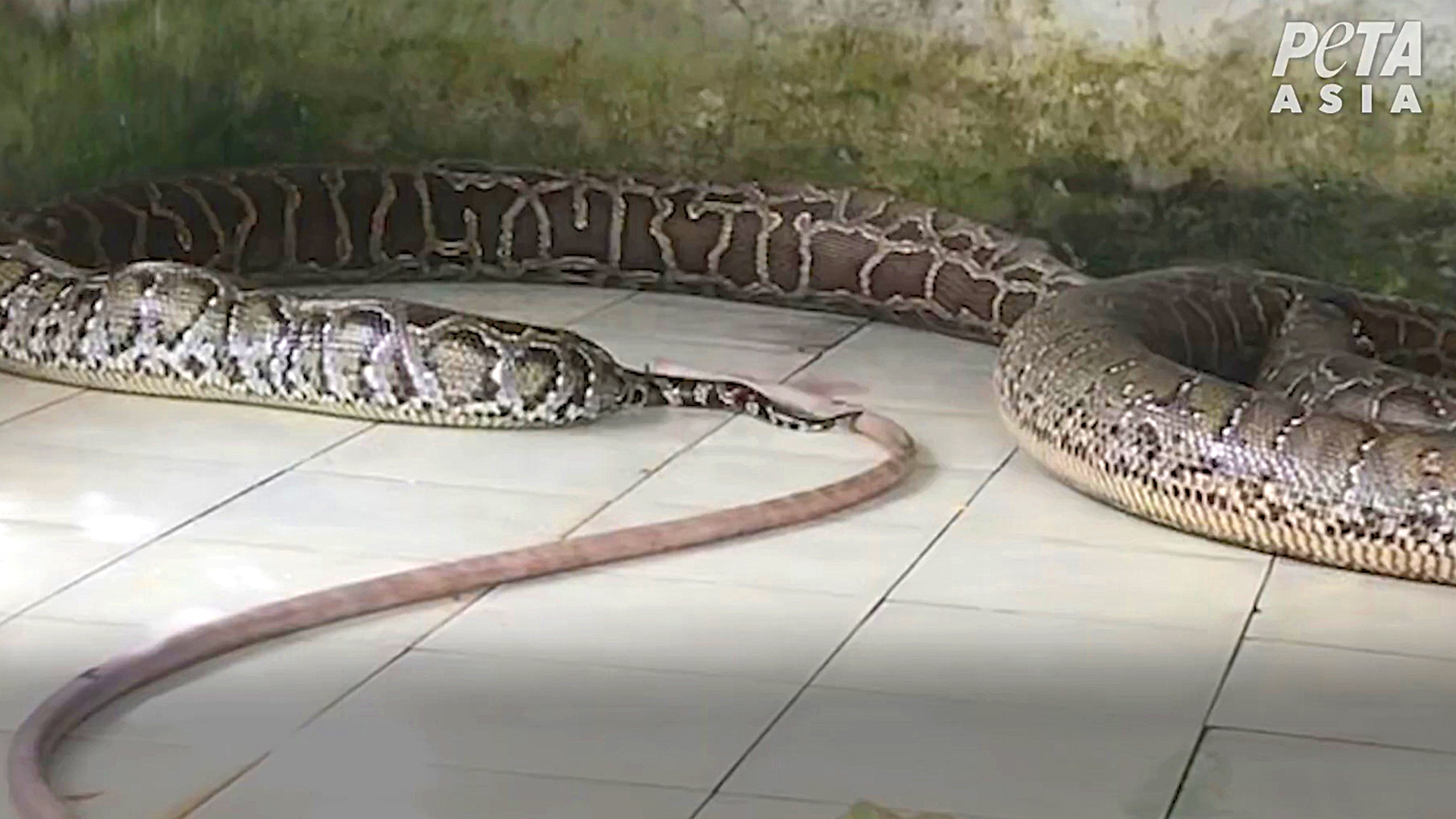 Picture shows one of the pythons being killed for its skin in Vietnam. (PETA UK/Real Press)

HANOI, Vietnam – Disturbing images of reptiles being tied at both ends of the body before brutally killed and ripped off their skin in Vietnam have gone viral.

The snakes and crocodiles, that are being farmed for their skins, writhe in agony as they become part of the illegal skin trade.

“Other images, also filmed in Vietnam but back in 2016, show crocodiles being crudely stunned and stabbed to death before their skins are removed so that they can then be used to create high-end luxury fashion items such as handbags,” said PETA UK.PETA UK also warned that the blood from the snakes that are skinned is later poured into a pond that is used to breed fish which is consumed by humans and that poses a serious health risk leading to the emergence of new zoonotic diseases and viruses.

The statement by PETA UK also stated that the images of a farm in Vietnam that supplies snakeskin for use in the global leather industry reveal horrific cruelty to snakes, including sealing their mouths and anuses with rubber bands and then inflating them to death with an air compressor, crushing their heart and causing severe pain.

“In response to the findings, PETA is calling on LVMH to stop profiting from the suffering and death of snakes and ban exotic skins. PETA Asia’s footage shows a snake’s tail moving during the lethal inflation, indicating that the pythons may still be alive as workers tear their skin off and disembowel them,” the statement read.“The investigator did not see anyone checking vital signs before beginning the butchery. The snakes were held in cramped, dirty wire cages without any water, food, or enrichment,” said PETA UK.

“During the killing process, snakes may appear somewhat immobile, but this cannot be taken to imply they are not suffering,” said Dr Clifford Warwick, an animal specialist working with PETA. “The catastrophic internal pressure caused by the compressed air will cause severe pain throughout the snake’s body, and also result in crushing forces on its heart, and severe stress on its circulation and nervous systems.”

And it is not only snakes that are suffering gruesome, painful deaths. As per PETA UK, Vietnam exports over 30,000 crocodile skins every year for the fashion industry. They said the crocodiles are often poorly stunned and have steel rods rammed down their spines while they are still alive.