VIDEO: Snowboarding Prodigy Wins National Youth Championship For U8s At The Age Of 5 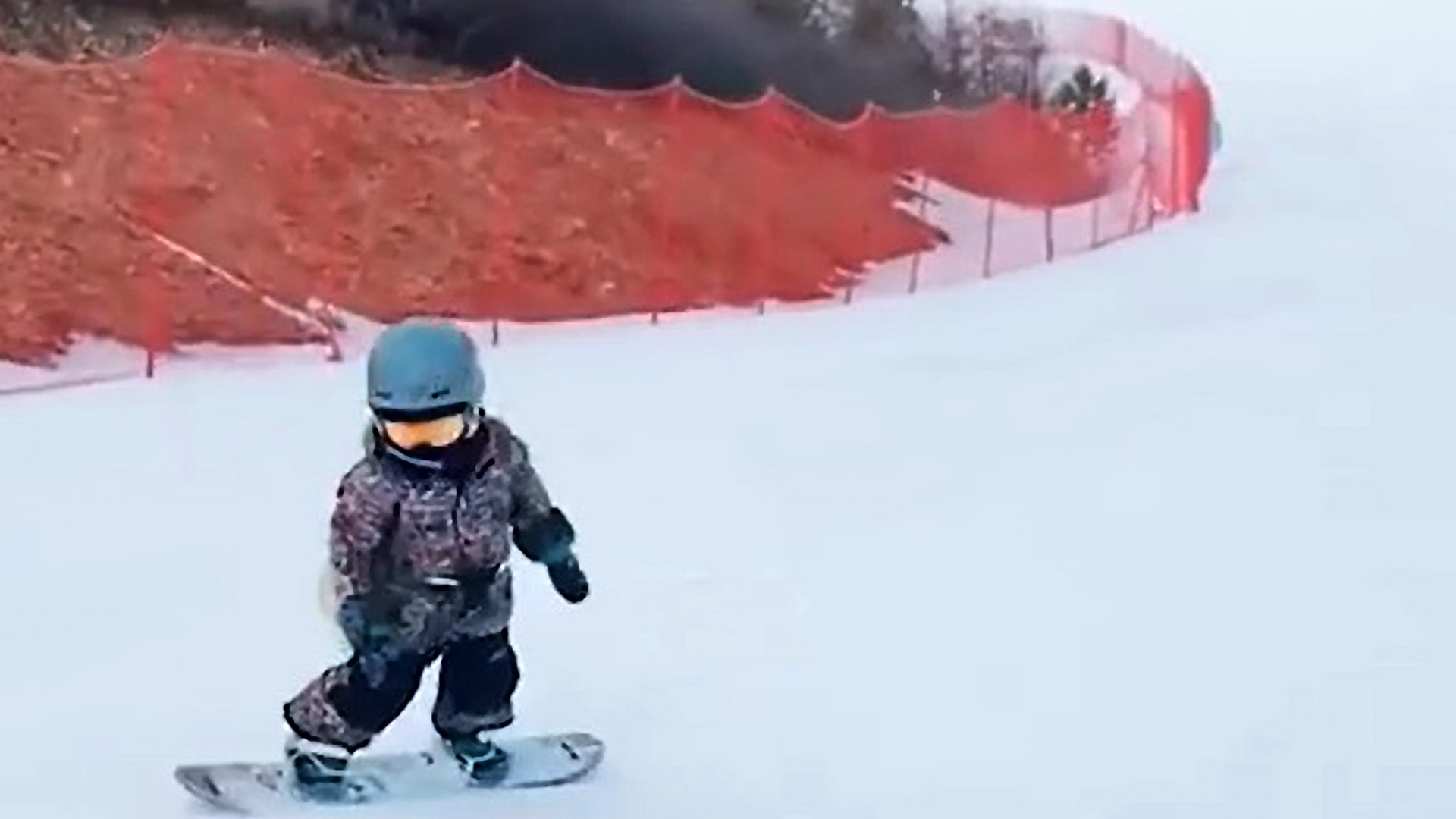 The 6-year-old boy known to be a snowboarding prodigy sliding in the Chongli ski resort of the city of Zhangjiakou, China. (AsiaWire)

CHONGLI, China – A 6-year-old snowboarding prodigy became the latest sensation as he bagged a snowboarding medal from National Youth U8 men’s snowboard Championship.

The video footage shows the skillful snowboarding skills of the boy as he performs complex tricks and high jumps. The boy, famously known as “The little snail,” is known by his last name ‘Wang,’ (first name is yet to be disclosed).

“He was exposed to the world of snowboarding when he was only 3-years-old,” said the boy’s father. “He officially started practicing snowboarding at the age of 4.”

The video footage was filmed by his father on Feb. 28 at the Chongli ski resort, Zhangjiakou, a north Chinese province of Hebei, China.

The parents of Wang are skiing enthusiasts, and they wanted to introduce it to their son.

“We thought it would be a good idea to introduce it to him at a young age as we wanted him to stay physically fir and snowboarding is a fun sport to learn,” said Wang’s father.

To the father’s surprise, the then four-year-old child was soon able to slide on the professional tracks and rotate 180 degrees in the air.

“We were surprised to see him practice such professional tricks at such a young age. We never thought he would grasp these skills effortlessly and in no time,” he said.

The video instantly went viral and netizens were amazed at the professional tricks Wang did. People motivated and appreciated the child with comments like, “when you are so talented, any effort is rewarded”, “success is not just being rich, but also having willpower, interest and understanding”, and “incredible”.

By 2022 Olympics, China hopes to have 300 million new skiers. As per the China Ski Industry White Book report, top events like Alpine Skiing World Cup, X Games Chongli and the 14th National Winter Games of the People’s Republic of China were postponed. However, the 2022 Winter Olympic Games in Beijing has created opportunities and hopes for skiing enthusiasts.

The number of domestic skiers in China in 2019 was 13.05 million, which was slightly lower than the number of skiers in 2018. The percentage of one-time-skiers has dropped from 75.38 percent to 72.04 percent; however, the proportion of ski enthusiasts has increased. As coronavirus hit the country, all the ski resorts and other skiing venues were badly affected.

A total of 770 ski resorts are distributed in 28 provinces. The top 5 provinces and autonomous regions that own the most ski resorts are Heilongjiang, Shandong, Xinjiang, Hebei and Shanxi. In 2019, Hubei and Xinjiang recorded the highest number of new ski resorts.