A total of 10 IL-76 aircrafts and more than 20 ground vehicles were involved during the training.
By Tijana Milich March 7, 2021
Facebook
Twitter
Linkedin
Email 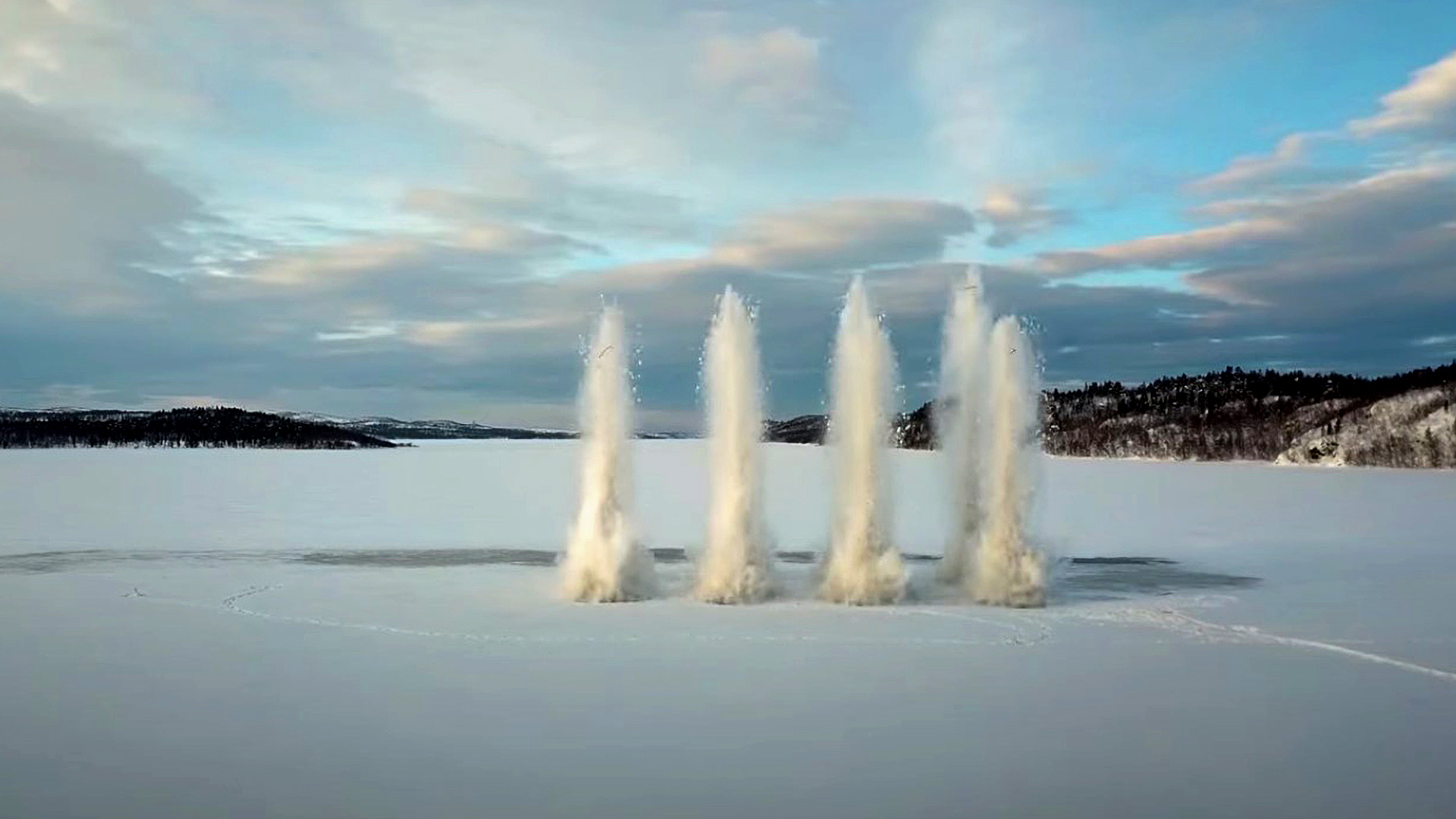 Military engineers worked out the issues of blasting ice and ice jams. (Ministry of Defense of Russia/Clipzilla)

SHCHUKOZERO, Russia – As many as 10 IL-76 aircraft and 20 ground vehicles were recently trained on a snow-covered unpaved runway in Russia’s Ivanovo region on March 2.

The video of the aircrew training was recorded by the ministry of defense and shared on their Facebook page.

“The crews of the Il-76 military transport aircraft performed take-offs and landings on a snow-covered unpaved runway in the Ivanovo region. The flights, which took place in the daytime and at night, were attended by young pilots.”

The IL-76 — a multi-purpose four-engine strategic airlifted — originally designed by the Soviet Union’s Ilyushin design bureau to deliver heavy machinery to remote, poorly served areas. The Il-76 made its first flight in Mar 1971.

The aircraft was first produced in 1967 as a response to the need for such an aircraft that is able to carry a 40-ton load over a range of 5,000 kilometers in under six hours’ time.

“It was first planned as a commercial freighter in 1967, as a replacement for the Antonov An-12. It was designed to deliver heavy machinery to remote, poorly served areas,” as per Plane.org.

It was also designed with the ability to operate from short airstrips that are not prepared for take-off and landing, and amidst extreme weather conditions such as those in Siberia and the Soviet Union’s Arctic regions.

It has since been extensively used for many purposes such as delivering heavy and difficult to transport cargo, for emergency transportation of civilian evacuations and delivering humanitarian aid and disaster relief all around the world.

“It was designed to deliver heavy machinery to remote, poorly served areas. Military versions of the Il-76 have been widely used in Europe, Asia and Africa, including its use as an aerial refueling tanker or command center.”

The Il-76 has seen extensive service as a commercial freighter for ramp-delivered cargo, especially for outsized or heavy items unable to be otherwise carried. It has also been used as an emergency response transport for civilian evacuations as well as for humanitarian aid and disaster relief around the world.

“Because of its ability to operate from unpaved runways, it has been useful in undeveloped areas. Specialized models have also been produced for aerial firefighting and zero-G training,” as per a report.

Practicing the landing of an aircraft on an unpaved strip is necessary to prepare the crews for the successful completion of tasks in the absence of a cleared concrete runway.

These kinds of practices are carried out by the Russian troops regularly both in the summer and winter periods.