Flood swamped the homes of many residences in the US state of Kentucky.
By Maja Mishevska March 7, 2021
Facebook
Twitter
Linkedin
Email 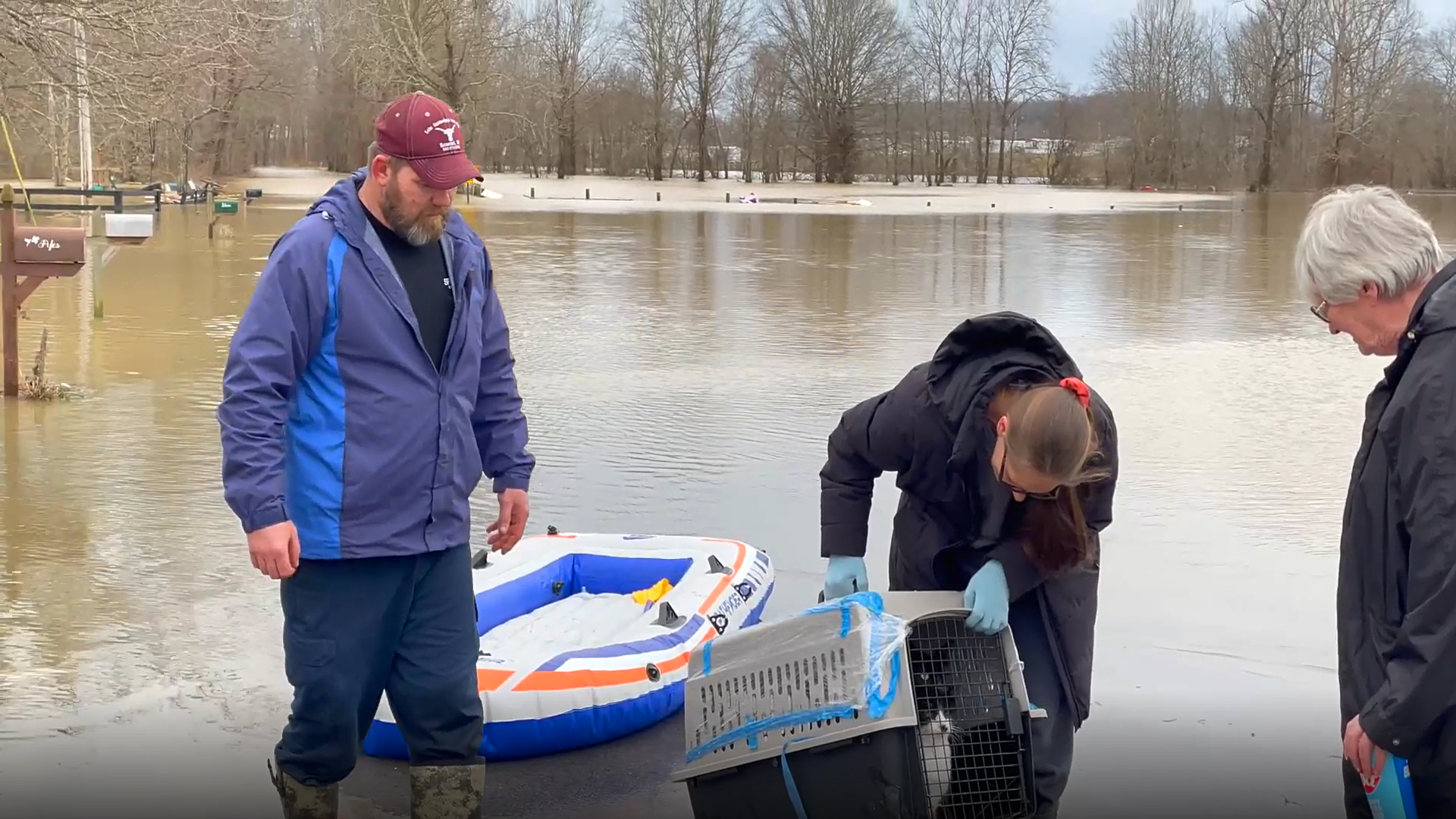 The Dishman family using a raft to rescue cats that were trapped inside the flooded home in the City of London, Kentucky. (cityoflondonky/Clipzilla)

LONDON, USA — Many residents were forced out of their houses after the flood water of the Little Laurel River in Kentucky started entering their premises on Mar 1.

A video of a family using a blow-up raft to rescue their cats that were trapped inside the house. The Dishman’s family who were living in London, Kentucky, for the past 16 years had to leave their flooded house due to flooding.

“We witnessed the river flood before, but not as fast or as much as it did this time around,” the family said.

The video showed how the Dishman’s house and other structures, as well as parked vehicles in the area, were all affected by the biggest flood in the region.

The US National Weather Service issued a flood warning for the region, advising locals to avoid the area in the coming days.

Floods are the most common natural hazards in the US, in regard to the number of lives lost and the extent of property damage it causes. As per a report, the flood severity category used by the National Weather Service includes minor flooding, moderate flooding, and major flooding.

From 2001 to 2010, more frequent and extreme rainfall in combination with land changes have brought an increase in floods, and the average flood losses per year have almost doubled, going from $6 billion (GBP 4.3 billion) to $10 billion (GBP 7.2 billion).

A large amount of money was invested in flood control, however, it did not prove sufficient as the numbers evidently kept going up.

While heavy rains are the biggest cause of flooding, hurricanes, winter storms, and snowmelt are also common causes, which often fail to receive the needed attention.

A report says that sea-level rise increases the risk of coastal flooding.

“A study of communities along the U.S. Eastern and Gulf coasts found that even under a mid-range scenario for future sea-level rise, two-third of communities could face an increase in the frequency of high-tide flooding.”

Over the last 30 years, government-led acquisition and removal of flood-prone residential properties (known as “floodplain buyouts”) have become a popular method for reducing future flood damages in the United States.

The attraction of buyouts is that they can permanently remove vulnerable homes from flood hazard areas. Buyouts most frequently occur in areas with well-funded local governments that have city planners and resilience officers, as well as the capacity to fund administrative fees.