VIDEO: Endangered Marine Species On Verge Of Extinction Due To Mysterious Parasite 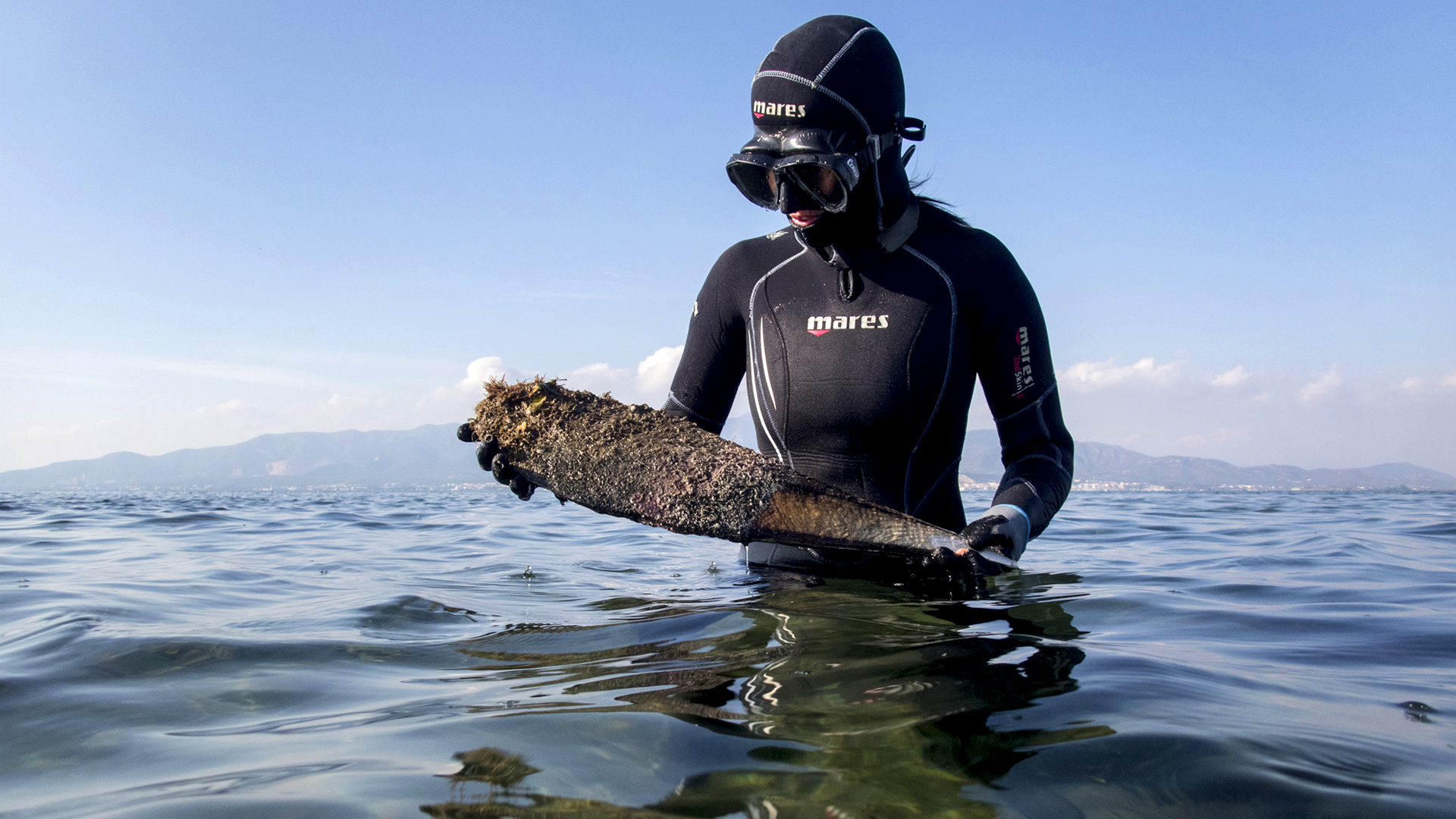 A team investigating the number of the noble pen shells living in the eastern coast of Spain. (IRTA/Real Press)

MURCIA, Spain – Spanish scientists have launched a new project in a bid to save the noble pen shell or mollusc (Pinna nobilis), a critically endangered species that purifies water naturally, as per the International Union for Conservation of Nature Red List of Endangered Species.

The species is endemic — which means that it can only be found there — to the Mediterranean Sea. They play a key role in the ecosystem due to their water filtration abilities.

Their numbers have dropped dramatically over the last few years due to overfishing, of their natural habitat, and because of poachers taking an interest in it.

The researchers state they are considering captive breeding as another step they plan to investigate.

“The step is more difficult as the maintenance of the individuals in captivity is challenging,” said Gimenez-Casalduero, professor, Alicante University and one of the researchers. “But great progress was being made between researchers from numerous universities.”

The research titled “Recupera Pinna” was carried out by the Biodiversity Foundation of the Ministry for Ecological Transition and Demographic Challenges, and the Barcelona Zoo Foundation.

Noble pen shells are very important for the ecosystem, as they can create a strong substrate in the ground, like in the Ebro Delta area.

The main goal of the research was to find out the state of the current population of this species and to better assess their situation. The researchers plan to transfer individuals found in high-risk areas to deeper areas, considered safer. 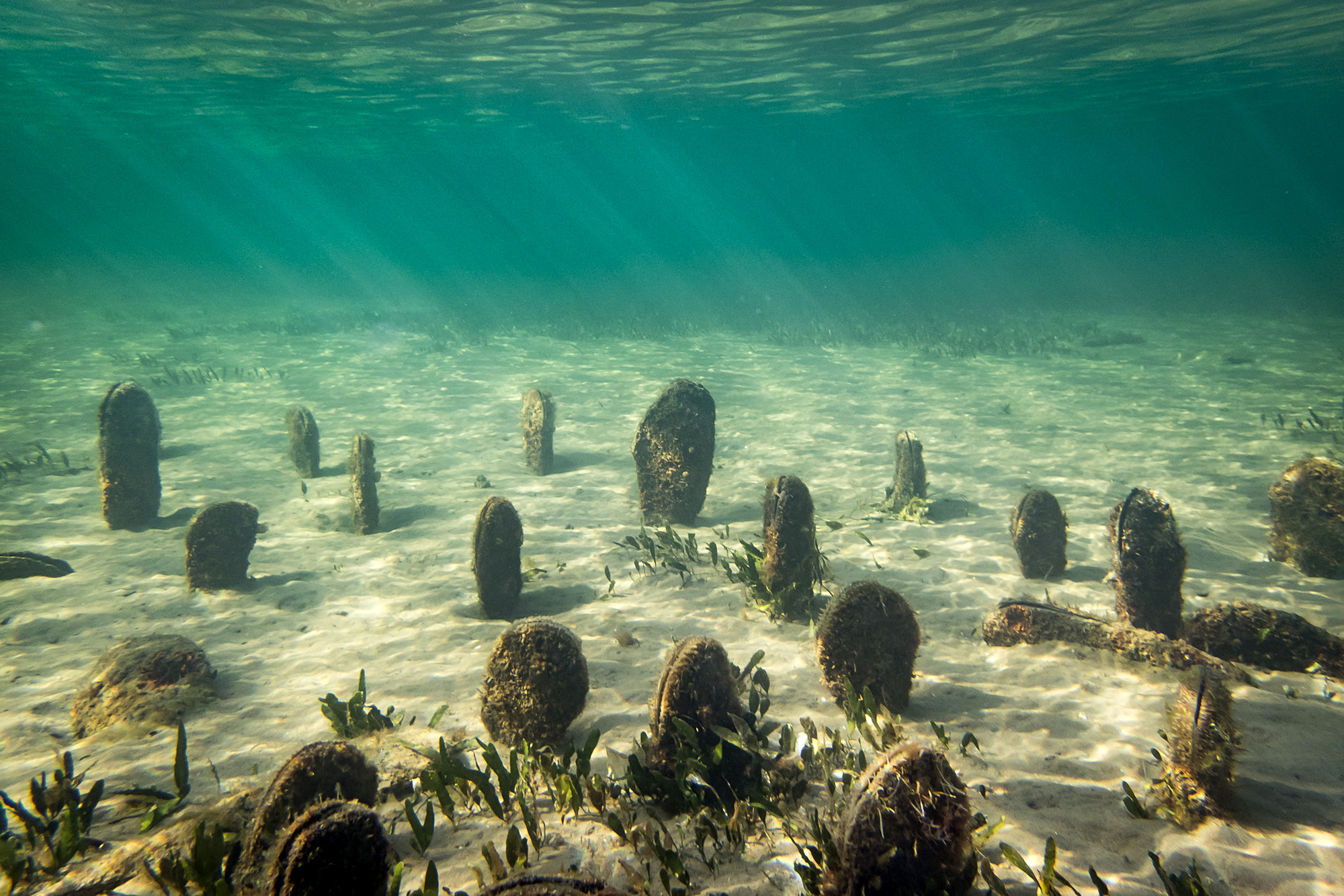 Noble pen shells are very important for the ecosystem as they can create a strong substrate in the ground. (IRTA/Real Press)

Gimenez-Casalduero also explained given that tourism also threatens the species, as they are often found in shallow areas and can easily be reached by beachgoers, it is important to make people aware of the significance of this species for the environment.

The project will also have an educational and a volunteer component so people can participate in the conservation effort.

At the moment, its main threat is a single-celled protozoan parasite called Haplosporidium pinnae, whose origin is still unknown.

“This issue is far surpassing any previous threat,” said Gimenez-Casalduero.

“Our country was the first one to record the massive death wave of the noble pen shells on the coast of Almeria and Levante in 2016 and since then, it has spread all over the Mediterranean Sea, including to the coast of Turkey and the Adriatic sea,” said Patricia Prado, a researcher working at Instituto de Investigacion y Tecnologia Agroalimentarias’ – the Institute of Investigation and Agroalimentary Technology.

In Fangar Bay, which is in the North Ebro delta, the population of noble pen shells decreased dramatically after storm Gloria in January 2020. Prado explained that the population before the storm was around 533 but after the storm, they could only find 12 survivors.

The situation is similar in other areas, such as in Mar Menor, where there were 1.3 million noble pen shells in the saltwater lagoon in the 1980s but now the numbers are quite less.

So far, the remaining 2,000 members of the species are protected by the lagoon, thanks to its high salinity levels. The water body Mar Menor is estimated to have a salinity level of around 42 psu, which is higher than the level of salinity found in the Mediterranean Sea.