After 16 years, the Zoo experienced the birth of a Gorilla cub.
By Georgina Jadikovska March 7, 2021
Facebook
Twitter
Linkedin
Email 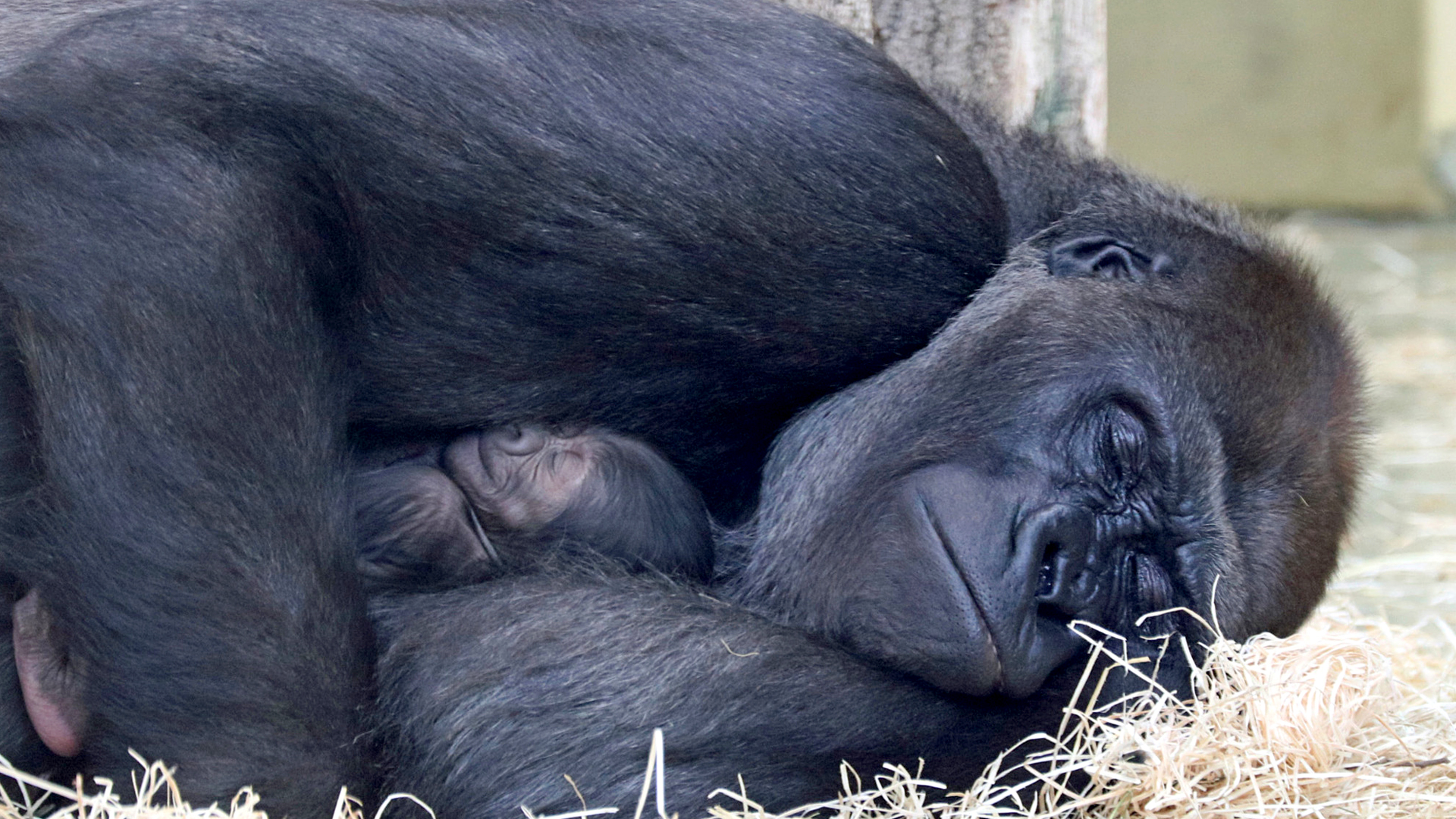 BERLIN, Germany — The Berlin Zoo has sought the help of the public to name its first gorilla cub born after 16 years.

The two-week-old gorilla offspring born on Feb. 15 was doing very well with her parents.

“These are some great news for this endangered species because a gorilla group is usually made up of a silverback (an adult male gorilla) and several females,” said said Ruben Gralki, deputy district manager. “An abundance of females is an advantage for the European Endangered Species Programme.”

Reportedly, it is said that gorillas share 98.3 percent of their genetic code with humans, making them their closest in habitat after chimpanzees and bonobos. Due to the destruction of their habitats and illegal hunting, gorillas were recently added to the IUCN Red List of Threatened Species, as critically endangered.

“Bibi [mother] is taking care of her first offspring extremely carefully and lovingly. It is nice to see how the gorilla family has welcomed the little one,” said Gralki.

Other than Bibi and 16-year-old silverback Sango, who is the little one’s father, their gorilla group consists of two more females — Djambala, 19 and Mpenzi, 35.

Sango moved from Pairi Daiza Zoo in Belgium to the Berlin Zoo in February 2019 following the recommendations of the program.The zookeepers however play no role in the development of the little ones. It depends exclusively on its mother and would remain under the mother’s protection for the next six months. It will be breastfed by its mother for the first five years of its life.

In the video footage, it is seen that the youngster’s mother, who comes from the Apenheul Zoo in the Netherlands, carrying the little one on her stomach and on the back. The baby is seen to breastfed and is always kept in the arms of its mother.

“The past few months showed us one thing — we have received invaluable support and an incredible amount of encouragement,” said Dr. Andreas Knieriem, zoo and animal park director. “As a big thank you for the support in these difficult times we would like to hand over the little gorilla to all Berliners. And as usual, you are welcome to choose the name. It is very well known that people are very creative in Berlin.”

The zoo officials announced that they are accepting a short and fresh name proposal for the little gorilla lady till March 8.

Suggestions from Berliners and non-capital residents can be submitted via social networks or by post and discussed by a zoo jury.

The name of the little gorilla will be announced in the upcoming week in a press release and on social media.