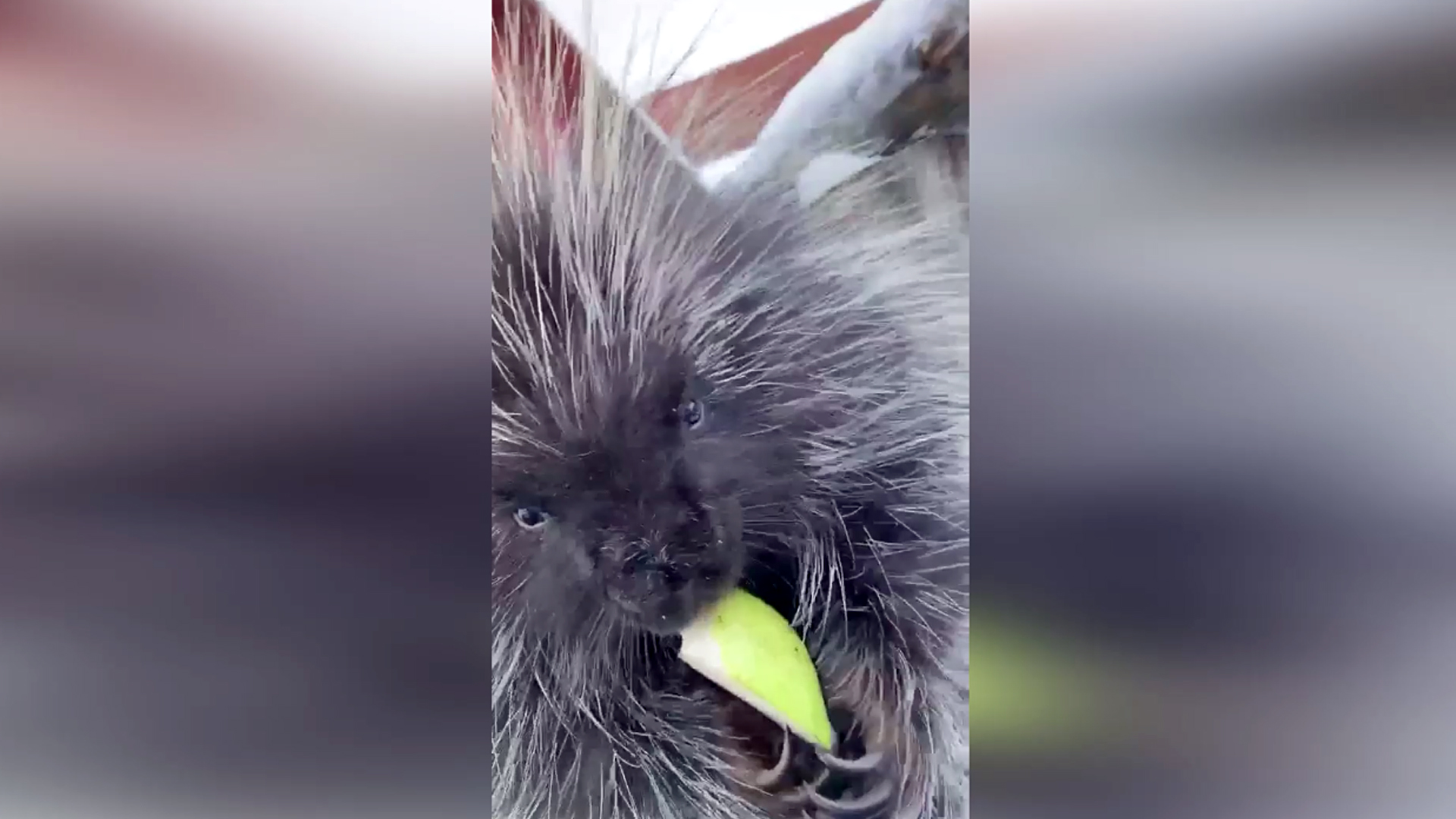 ANCHORAGE, USA – After living most of her life in struggle, a cute baby porcupine is enjoying her time in an Alaskan sanctuary.

The baby named as Ruth was found near a mountain trail in Homer, Alaska, where people would hand-feed her. Due to constantly being hand-fed by passers-by, Ruth was unable to fend for herself and was highly reliant on humans.

This led to a pattern of dependency for Ruth on humans resulting in a bad and aggressive episode for her when in contact with the humans. Found by a group of volunteers for animal welfare in the US, she was handed over to a sanctuary.She ended up permanently in human care and is now in the safe hands of the caretakers at the Alaska Wildlife Conservation Centre, where she seems to be more than content.

“She currently lives in an enclosure near the moose observation deck. She loves her new home but is still warming up to her neighbor, Arnold the moose. With time, she would get accustomed to life in the sanctuary and will be seen playing around having fun with other animals,” said Corkey.

Porcupines are large rodents that have a spiny coat that offers protection against attack and are typically found in forests in North America and some parts of northern South America.

There is also a distant relative of a porcupine that lives in parts of Europe. However, the North American porcupine species is found only in the United States and Canada. Research states that two species of porcupines are on the list of vulnerable species as tabulated by the International Union for Conservation of Nature (IUCN). The species that have been listed as vulnerable include the Philippines porcupine and the bristle-spined porcupine.

In Latin America, the International Union has listed out Mexico as the country with the highest number of animals species in the endangered category with the number stating at 357 while Columbia comes second with 216 species, as per research.

The Trump administration had in 2019 scaled back the Endangered Species Act of 1976 due to which the animals categorized as ‘threatened’ were not provided with the same care and attention as the ones categorized as ‘endangered’.