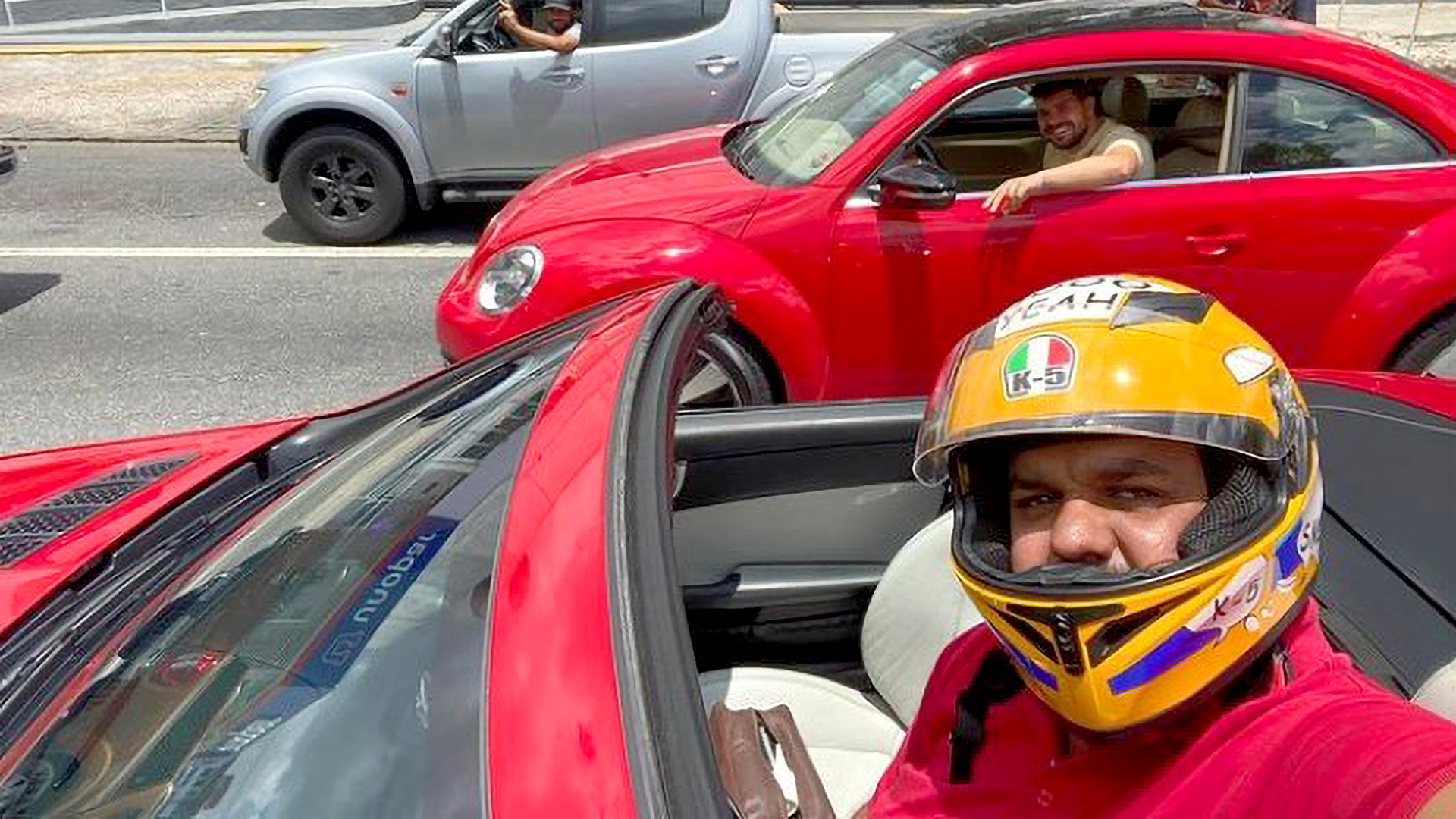 CAMPINA GRANDE, Brazil – Diego Alexandre spent three years saving for his dream car but when it arrived he could barely fit inside it.

The 36-year-old standing at 1.93 meters (6.33 feet) bought the convertible by just seeing the pictures of it.

A mocking video of Alexandre has been shared by his motoring friend where he is driving the car wearing a helmet, as he is too tall for the roof to close and his head rises above the windshield.

However, Alexandre, who is also a businessman from the Brazilian municipality of Campina Grande, made the mistake of not taking the vehicle out for a test drive before he made the purchase.

In exchange for the car, Diego gave Eric his 2014 Mercedes sedan and transferred him the difference in price between the two vehicles.

Eric filmed Diego driving in his former car and posted the footage, in which he can be heard laughing and teasing his friend, before posting to social media, where it went viral.

Unfortunately for Diego, Eric refused to go back on the deal the two had made, revealing that he had already spent a chunk of the money his friend gave him for the car.

Diego is making the most of his purchase by driving the vehicle with his protective helmet, which has turned him into a minor celebrity in the locality.

He is even sometimes approached by people who recognize him, asking for a photo with him.

However, because of Diego’s large frame, he is unable to put his seatbelt on, putting his safety at risk and making him a target for traffic cops. Brazil has become a dangerous place over the last two decades in terms of road safety.

In Brazil, the National Traffic Department, Ministry of Health, and Ministry of Cities launched the National Pact for the Reduction of Traffic Accidents in May 2011, as part of Brazil’s series of actions for the Decade of Action.

In 2015, Brazil hosted the second Global High-Level Conference on Road Safety, with participation by 120 countries” as per a research paper on road safety in Brazil.

Luckily, Eric and Diego are still friends, and Eric has said he will help his pal of six years to get a new, more appropriately sized car.