Bare Faced Curassow's offspring are the first seen since it was declared extinct 50 years ago.
By Ana Lacasa March 5, 2021
Facebook
Twitter
Linkedin
Email 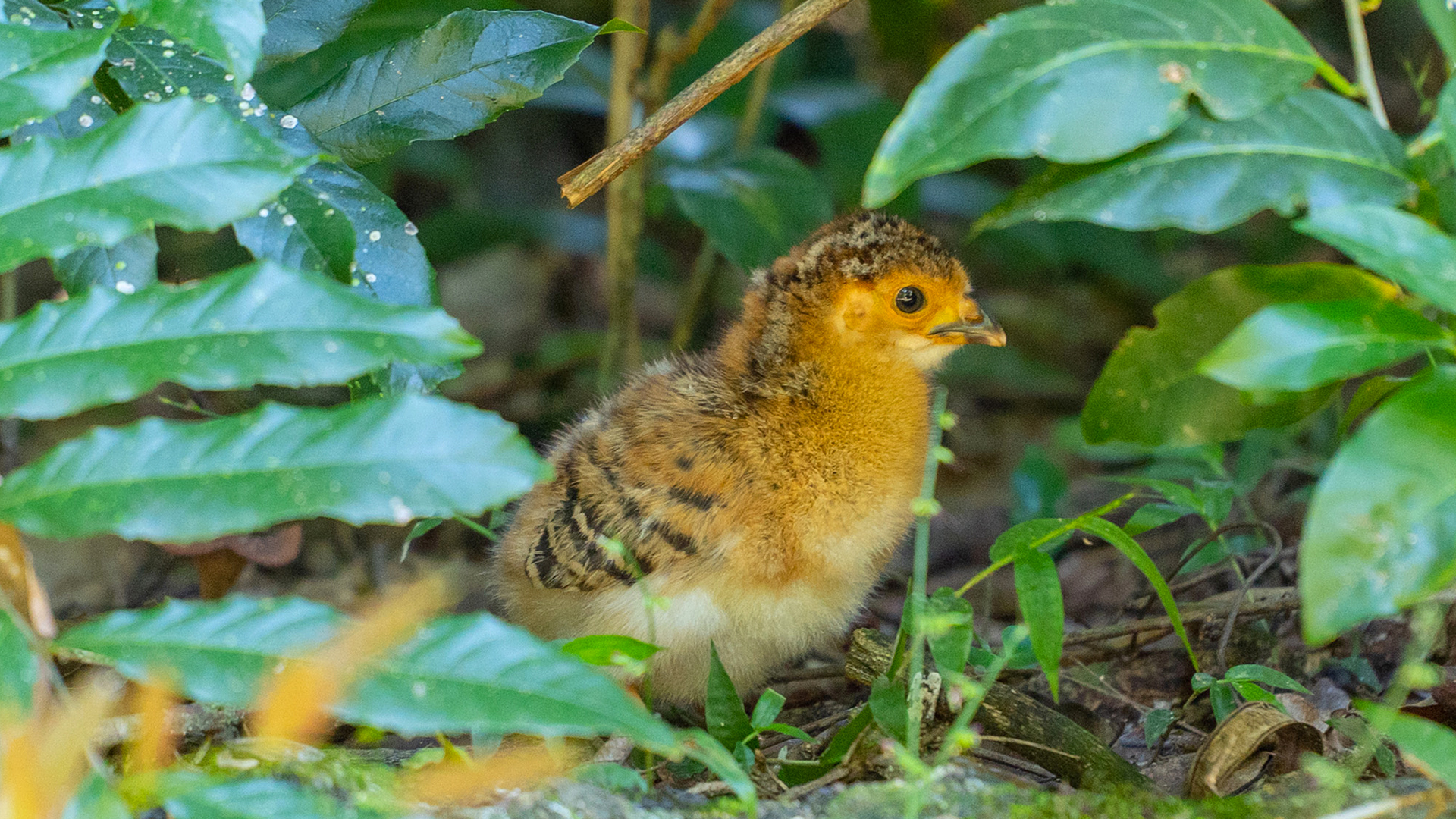 IBERA, Argentina – After being extinct for over half a century, three young bare-faced curassow chicks were spotted in an Argentinean natural park.

The video footage shows the beauty of the bird as it was spotted in forests. The chicks can be seen following their mother.

The bare-faced curassow known as Crax fasciolata looks similar to a chicken but is much bigger. The major threat that birds faced years ago was mainly because of hunters.

“These three little chicks were born from two couples of this species,” said Talia Zamboni, coordinator, rewilding of Ibera project, Argentina. “Pipa and Porto only had one egg in their nest, and the chick hatched on Feb. 21. The other couple, named Foz and Bahia, had two eggs and both hatched on Feb. 15.”

The success program conducted by the Rewilding Argentina Foundation resulted in the birth of three little chicks in an enclosed area of the natural park of Ibera, becoming the first ones to be born in the area after half a century.

The program was initiated in 2019, where the birds were kept in quarantine at the Bella Vista shelter. They were finally released by the end of January 2020.

The hatching has been celebrated by the foundation, as there was no trace of this species for a long period.

“The extinction of the species was caused by the hunting for food, as it looks like a chicken but there is also another reason, like the destruction of their habitat and the forests that have disappeared. The wild dogs hunting these birds are also one of the reasons,” said Zamboni.

“The bird weighs up to 3 kilograms (6.6 lbs) and is very important for the ecosystem as it plays a key role in spreading fruit, seeds and regenerating the forests,” said the foundation.

As per the foundation, the bird was extensively found in the forests of Formosa, Chaco, Santa Fe, Corrientes, and Misiones, and in the northeastern provinces of Argentina.

“The chicks will live with their parents for some time until they are old enough to join other groups of birds their age. The foundation is planning to introduce more of the species soon,” said Zamboni.

As per the foundation, the bare-faced curassow is listed under the vulnerable species by International Union for Conservation of Nature’s Red List. The birds can fly and cover short distances.

The birds tend to breed between the months of September to February, once they establish their territory, which they mark and defend through vocalizations. Their nests are located at the top of trees, and they are built using tree branches and sticks, among other things.