Video shows the brutal attack by street protestors in one of the central areas of the capital, Madrid on Feb 17.
By Juan Fernandez March 5, 2021
Facebook
Twitter
Linkedin
Email 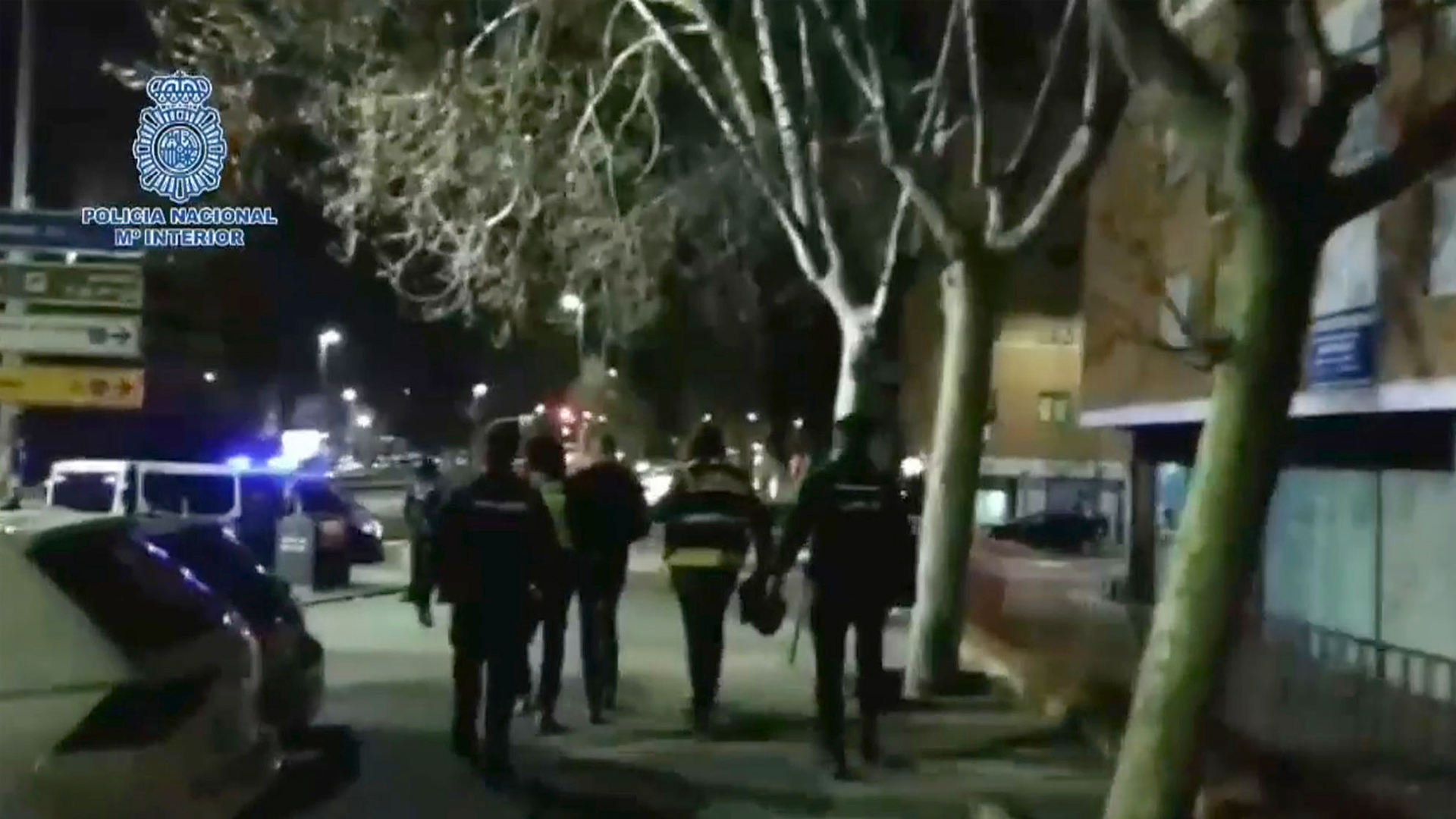 The video recorded on Feb. 17 shows how a group of protestors rushed towards the police officials followed by a violent clash between the two sides.

The 32-year-old was convicted in March 2018 for insulting King Juan Carlos I, as he compared him to a mob boss and praised terrorism in one of his raps.

“Rioters have not only damaged the property, but they have also looted bank branches and local shops,” said the police officials. “One of the banks was set ablaze by the protestors.”

Hasel was given the chance to voluntarily surrender himself earlier this year, but he chose not to. Instead, he barricaded himself in the University of Lleida culminating in his eventual detention on Feb. 16.

Protestors expressed their anger over the decision as they believe it was an attack on freedom of speech.

Spanish cities like Barcelona, Madrid and Valencia, suffered a lot due to protests.

“Two protestors have been arrested for the assault on agents in the Spanish capital. One of them is reported to be a minor, who is placed under the care of appropriate authorities. Their names are yet to be revealed,” said a police official.

Another video shows how police officials are escorting one of the detained suspects into custody on Feb. 25. The penalties imposed are yet unknown.

“We have not ruled out further arrests from the incident as violent clashes continue to occur in the Iberian country with reportedly almost daily protests happening in the tourist hotspot of Barcelona. Till now, 110 people have been taken into custody,” said the police official.

Outrage not only took over the streets of Spain but social media sites as well. Angry netizens tweeted massively. ‘FreeHasel! Liberate Pablo Hasel!’, ‘For 6 days in a row, the people from Barcelona have been occupying the streets in response to the imprisonment of rapper Pablo Hasel’ read the tweets.

#PabloHaselLlibertat is the trending hashtag in support of the Catalan rapper.

As per the protestors, freedom of ideology has been hampered, as people shouldn’t be scared or reluctant to write songs that stand up to power. After Hasel’s case, it has been observed that some rappers have started self-censorship, as they don’t want to end up behind the bars.