Experts confirmed that Iguanas are adapting well and that they are benefiting its ecosystem.
By Ana Lacasa March 5, 2021
Facebook
Twitter
Linkedin
Email 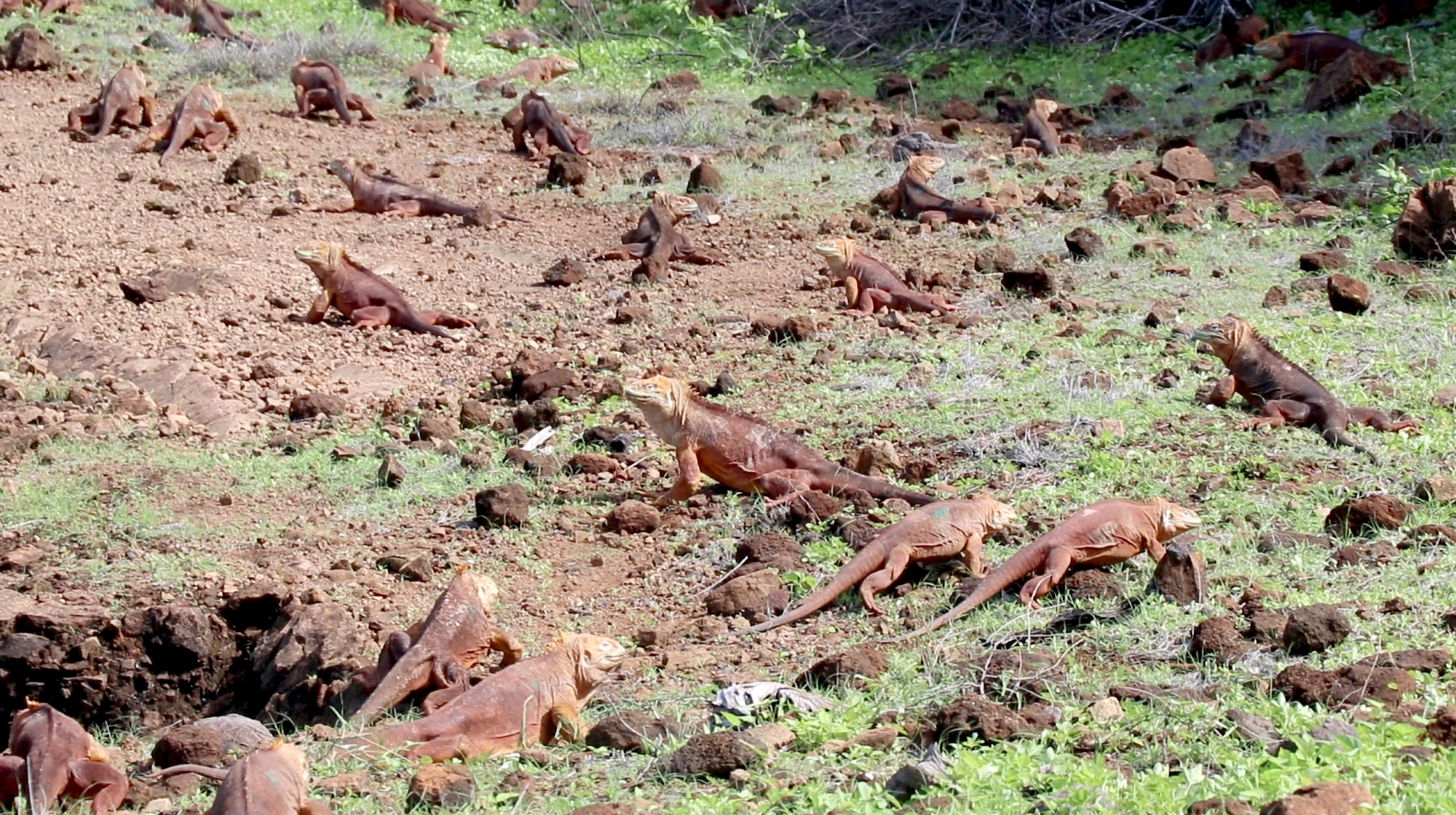 GALAPAGOS, Ecuador – As many as 461 Galapagos land iguanas were released back on the islands of Ecuador, where were extinct for over 200 years.

The Galapagos land iguanas were captured on the North Seymour island, where they had survived, and were released after a quarantine period to make sure they had no parasites or illnesses that they could transmit to the neighboring Galapagos island of Santiago.

“The main goal of the reintroduction of the iguanas on Santiago island is to return this reptile to its natural ecosystems after it became extinct more than 200 years ago,” said Danny Rueda, the director of the Galapagos National Park.

Rueda explained that these iguanas, as they are herbivorous, are very important to the ecosystem as they spread seeds in the area and are therefore also responsible for restoring the ecological integrity of the island.

The island group, including the Santiago and Seymour islands, was declared a Natural World Heritage site by UNESCO in 1978 as it has a marine and land ecosystem that is unique, with numerous endemic species.

According to a press statement by the Galapagos National Park, these animals were deemed extinct on Santiago island for two centuries.

The project of reintroducing the Galapagos land iguanas started around 20 years ago, after pigs, donkeys, and goats, which had been brought by pirates to the island as a source of additional food during their trips, were eradicated due to the damage they caused to the habitats of native species.

These iguanas, whose main characteristic is the yellow color of their skin, can reach one meter in length, and they were captured by park rangers on another island in an arduous process.

“We tried to make it so this species would not feel threatened, with the proper biosecurity measures so that the animals would not feel stressed when we captured them,” said Jean Pierre Cadena, one of the park rangers who participated in the project.

The experts also gave them identification chips, so they could be monitored to check if they were adapting to their new environment properly.

In January 2019, Santiago Island received the first group of iguanas reintroduced to the island and it was confirmed that they were adapting properly and were benefiting its ecosystem.

Santiago island is part of the Galapagos Islands, in Ecuador, and has around 585 square kilometers of land, with a volcano in the center dominating the landscape.

Other species living on the island include Darwin’s finches, Galapagos falcons, flamingos, and other animals.

As per reports by Galapagos Conservancy, Santiago is visited by the majority of tourist boats with visitor sites at James Bay on the northwest and Sullivan Bay on the southeast. Puerto Egas at the south end of James Bay provides one of the best opportunities for visitors to see the Galapagos fur seal.

“The focus of conservation work on Santiago in the last decade has resulted in the rapid recovery of much of the vegetation and many of the native species,” states the report. “However, the presence of introduced plants and black rats continue to cause problems within the natural ecosystem. Santiago also has several satellite islands, especially in the southeastern side of the island.”