Craig Hodges Played Political Basketball, And It Cost Him His Pro Career

The Colin Kaepernick of his generation is proud to see today's NBA players standing up for their beliefs.
By Mark Gray March 5, 2021
Facebook
Twitter
Linkedin
Email 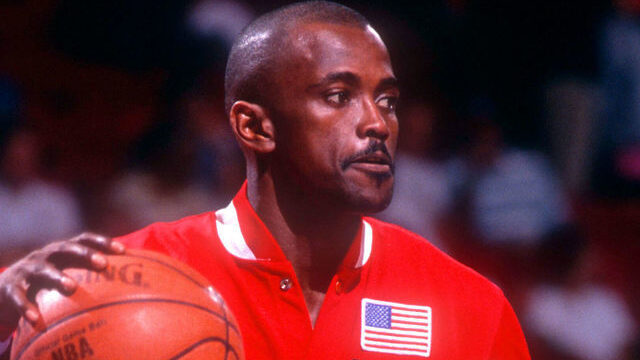 WASHINGTON — Two-time NBA champion Craig Hodges was a man ahead of his time, both on and off the court. He was a vital cog in the start of the Chicago Bulls dynasty of the 1990s as one of the best long-range shooters of his era. He was coach Phil Jackson’s first deadly perimeter scorer who allowed his Triangle offense to become the stuff of legend while Michael Jordan became the face of pro basketball.

Hodges is a footnote in basketball circles today, yet his legend in social activism grows. He is one of only two players to win three consecutive NBA All-Star Weekend Three-Point Shootouts. (Hall of Famer Larry Bird is the only other player to accomplish that feat.)

Hodges shot 40 percent from three-point range during his prematurely truncated 10-season career. The former Bulls guard was one of the NBA’s first pure shooting specialists when the league adopted the ABA’s extra-point basket, which put an emphasis on a player with Hodges’ long-range skill.

Bird and Hodges combined to win six of the first seven NBA Three Point Shootouts, helping it become one of All-Star Weekend’s signature events. Hodges made 19 consecutive threes in the 1991 Shootout, a record that still stands today. He seemed to be destined for iconic stardom when he was allegedly banished from the NBA because of his political activism.

Beneath his calm, almost stoic demeanor, Hodges was a child of the 1960s. The images of assaults on Freedom Riders in the South and the violence in Chicago, especially after the assassinations of Malcolm X and Dr. Martin Luther King Jr., were moments that shaped his character and define his work as an activist today.

During the 1968 Olympics, the demonstration by John Carlos and Tommie Smith on the medal stand after winning gold and bronze medals, respectively, in the men’s 200 meters — and their subsequent dismissal from the Olympic Village in Mexico City — left impressions on Hodges that have defined his life of advocacy. Carlos and Smith accepted their medals and stood with fists raised while wearing black gloves as “The Star-Spangled Banner” was played. It was a sign of black power that drew the ire of International Olympic Committee officials.

As he was competing, Hodges became the original Colin Kaepernick, the black NFL quarterback who lost his career after using his platform as a professional athlete to take a knee during the national anthem and speak out on issues of injustice and social change. His protest was understated and thoughtful, without the overt backing of his peers. Similarly, during Hodges’ prime, there was an unwritten rule in the NBA that players couldn’t address issues that were hindering their communities for fear of career-threatening ramifications.

“There was an apolitical position that took place between 1979-1991 where you had to look under a microscope to find anyone who was speaking on poor people and African-American rights,” said Hodges.

When Los Angeles police officers almost fatally beat motorist Rodney King in his Simi Valley community in early March 1991— which was caught on video before the advent of social media — Hodges felt the urge to speak out. He tried to organize a boycott of Game 1 of the 1991 NBA Finals between the Lakers and Bulls.

However, despite expressing similar views amongst their teammates, neither Jordan nor Earvin “Magic” Johnson — respective superstars on the Bulls and Lakers — would support the effort, and the game went on as scheduled.

“You’ve got to understand their economic position was a lot different from [mine],” said Hodges. “I’m not upset with those guys for taking their positions. But at the same time, I’m saying to whom much is given, much is required. ”

After winning the 1991 NBA championship with Chicago, Hodges visited the White House with his teammates. While wearing a dashiki, Hodges delivered a handwritten letter to then-President George H.W. Bush outlining how that administration’s policies were detrimental to African-Americans and the poor. Hodges was branded as too radical for that generation’s NBA stars and their penchant for capitalism instead of speaking for change.

After the Bulls waived Hodges in 1992, he never latched on with another NBA team, so his playing career was over. He defended his last three-point shooting title as a free agent and reached the semifinals. While the other competitors represented their respective teams, Hodges was relegated to wearing a generic NBA jersey.

“I don’t look at it as a sacrifice,” Hodges said. “It’s lessons learned from my life experiences. I’m part of the culture of [athletes] standing in the face of confrontation.”

Hodges appreciates how today’s NBA players with generational wealth have become more aggressive and organized, especially during the rise of the Black Lives Matter movement last summer. The position shift by the NBA’s brightest stars (including LeBron James, Jaylen Brown and others) amplified the cries from their communities when social media videos began surfacing of the death of George Floyd at the hands of the Minneapolis police late last May.

“We had to deal with the mainstream media who were controlled by the same people that controlled the sport,” said Hodges. “With social media and their wealth, it allows them [players] to be more insulated these days. They’ve been able to develop more conscious mindsets and build camaraderie with the [player] next to them.”

Last summer, when Jacob Blake was shot by police in Kenosha, Wis., leaving him paralyzed, the Milwaukee Bucks immediately decided they wouldn’t compete in their playoff game against the Orlando Magic. That spawned similar protests in Major League Baseball, the WNBA and most European soccer leagues as well.

Hodges was not featured prominently in “The Last Dance,” last year’s ESPN documentary on the Jordan-led Bulls. Nevertheless, the legend of Hodges as a godfather in the family of professional sports activists has grown. The current generation of players — which refuses to “shut up and dribble” — seems to understand the sacrifices Hodges made.