Float Like A Butterfly, Stung By A Bee — Or Two — It’s Still Good To Be ‘King Mo’ 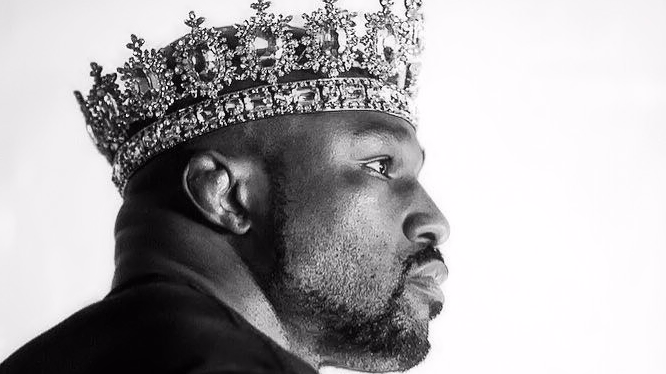 After ruling Mixed Martial Arts, King Mo (aka Muhammed Lawal) is passing along what he has learned in combat sports as a trainer. (Courtney Henderson Photography)

“King Mo” is checking all the boxes on the combat sports circuit.

Muhammed “King Mo” Lawal was a decorated freestyle wrestler at Oklahoma State University. As a Cowboy, he would reach All-American status. In 2008, he came up short at the Olympic Trials and soon made his transition to mixed martial arts, where he would win his first seven fights, including capturing the Strikeforce light heavyweight title in just his seventh pro bout in 2010.

In 2015, Lawal went on to capture the RIZIN Heavyweight Grand Prix in Japan by winning three fights in three days. During his time fighting for Bellator MMA, “Mo” would make appearances for TNA IMPACT Wrestling. After retiring from mixed martial arts in 2019, Lawal shifted gears and became a trainer at one of the most prestigious mixed martial arts gyms in the sport, American Top Team, in Florida.

He has also pursued his indy pro wrestling career more intently since retirement, competing in Major League Wrestling. As a trainer, Lawal brings his high wrestling IQ to the table, along with a contagious personality and an ability to connect with fighters. As a result, he’s meshed perfectly with the American Top Team family.

“King Mo” updated Zenger News on his life as a trainer, beekeeper and professional wrestler during a recent conversation.

King Mo: Man … everything has been good, man. Now that I’m done fighting, things slowed down. And now, with this pandemic, things have really slowed down, so I’m just chillin’, watching film, watching the fights when I can. I ain’t doing too much. Traveling, stuck in the bubble, because whenever you travel, you gotta stay in a bubble somewhere. It’s either that or at the house, that’s it.

Zenger: Do you watch film as a trainer differently than you did as a fighter?

King Mo: It’s not much of a difference. The only thing is, I go off of tendencies I see, and then I discuss with my athlete what they think they can exploit — because I know what I would do, but at the same time, they’re not me; I’m not them. We have totally different skill sets, totally different builds. So, all we can do is talk and discuss, maybe place ourselves in certain situations.

Zenger: Do you participate in training as if you’re a fighter still, or have you completely assumed the trainer role?

King Mo: I play around and drill, but that’s about it. I’m just the trainer; you know what I’m saying? I don’t really have a reason to be in there banging with nobody unless I’m needed. For the most part, I’m just an extra set of eyes watching the athletes. Sometimes, I can be a body because I can give out a certain feel that a person can mimic, but that’s about it.

Zenger: You covered a lot of ground in a very short period of time: Olympic level freestyle wrestler, two-time MMA world champion and decorated professional wrestler. You ever sit back and think of your accomplishments and the amount of success you had in a short span in combat sports?

King Mo: Honestly, I don’t think about it too much. Life don’t stop once you’re done fighting. Whatever I did in the past is the past. So, I’m still moving forward and helping the future advance, that’s about it.

Zenger: How has everything I named that you have accomplished and been involved with groomed you for what you are doing now?

King Mo: I think my experiences — I’ve seen a lot, I’ve been through a lot, I’ve heard of a lot— so I think my experiences in the past, and the mistakes I have made, and my successes allows me to help stir the future of the athletes I’m around. And getting them on the right path as far as game planning, because sometimes you get stuck in your ways, and you fail to see where you gotta make adjustments.

Zenger: What do you feel are your greatest strengths thus far in the early stages of your career as a trainer

King Mo: It’s so many people up in that gym, man. It’s easy when you got a strong team with you. Sometimes a lot of athletes will bounce around, so by the time they get to me … they come to me because they are lacking that small piece, and I can give them that small piece. Then they can link with somebody else who can add another small piece. A lot of our coaches are interchangeable here at ATT. You see a lot of cross-coaching. I work with Mike Brown’s people, other athletes and other coaches. We all work together and make things work.

Zenger: Do you prefer getting a raw product that you can somewhat mold at this stage, or do you prefer a seasoned athlete to come to you and you can just add on to their game?

King Mo: I’d rather get somebody who wants to work, have a good time and have fun. That’s it! You can get the most talented person in the world, but if they are miserable, and gun-shy, then you got nothing. Or you can have a guy that is big but not that athletic, but he’s having fun out there, he gives it his all, and then all of a sudden, by him giving it his all he becomes athletic and relaxed in what he’s doing, and he then becomes a champion. That can happen. It works both ways.

Zenger: Now that you are on the outside looking in, do you feel like you were too serious during your fighting career, not serious enough or did you find the perfect balance?

King Mo: I feel I had the perfect balance. The only thing that hurt me more than anything was the injuries. I was injured pretty much most of my career. But the thing is, I had fun. I was in so much pain. … I still have pains in my metal hip, but I know I had a lot of fun, though. I got a chance to travel, fight, train, because I love to train, learn new things, challenge myself, test myself, push myself. If you can remember them days and look back and smile, then you know you had fun. And I can look back and smile.

Zenger: Do you feel like your body is finally starting to come around since you haven’t been actively competitive?

King Mo: Oh yeah! I’ll tell you this, with my hip finally … since I got a modified replacement, [the] swelling is finally gone for good. So, I can move. I feel good. I’m a little lighter now. I’m about 190. My weight goes between 195 to 202. But the thing is, I’m eating cleaner and not drinking as many sodas. I had a soda once in the past three weeks.

Zenger: And you are now a beekeeper (laughing). How’d you get into that?

King Mo: (Laughing). During COVID, man I had a lot of free time. So, I started growing stuff, some plants in my backyard. I had some stuff built in my backyard, like a lil’ nursery thing. And then I started thinking about what would complete this whole setup. I said, I’m gonna get me some bees. Did that a few weeks ago, and now I’m about to get another wild swarm. I think I’m going to get about three or four more hives before it’s all said and done. I’m about to turn my backyard pool into a natural pond. Stock it with some fish; I’m going to do things the natural way. I feel like it’s more relaxing.

Zenger: Are the bees like pets to you or are you producing honey from them?

King Mo: Nah, I’m getting the honey. I’m definitely getting that honey. I got these two boxes. … It’s hard to explain, but they have a medium, which is a normal size. The bigger the hive, the more honey they produce. So, that’s why I made mine a little bigger. I’m trying to get that honey.

Zenger: Are you hands-on with that or someone comes in and does it for you?

King Mo: I do it hands-on, man. I shadowed two men for about two weeks, figured it out. Now I got me a bee suit. I’m to the point where I’m confident. I’ve been stung enough now to where I can take them. I can just wear a little veil over my head and go out there with no long sleeves on. It don’t hurt; it just itches. They say the bee venom is good for you. I’m going to be real with you — now that I have been stung a few times, maybe the bee venom I have has anti-inflammatory properties … I don’t know. I’m not an expert, but there’s something to it, because they say beekeepers have longer life expectancies. It could be because of the bee venom, who knows? But there are studies out there, man.

Zenger: You have been on your indy wrestling grind as well. I saw you going back and forth with a wrestler on social media the other day.

King Mo: You talking about ‘Low Ki.’ That bum. We had a match in MLW [Major League Wrestling] on Filthy Island. And the referee done messed up and thought … I was trying to get to the apron, and as I was reaching, my hand slipped, and he thought I tapped. They trying to call that a loss on me, man. I’m about to protest that with the commission. Ya’ll gotta check me out next week on MLW Fusion. I’m gonna smash me somebody. Get some revenge.

Zenger: I love seeing you in your element and happy, brother. As always, thank you for your time.