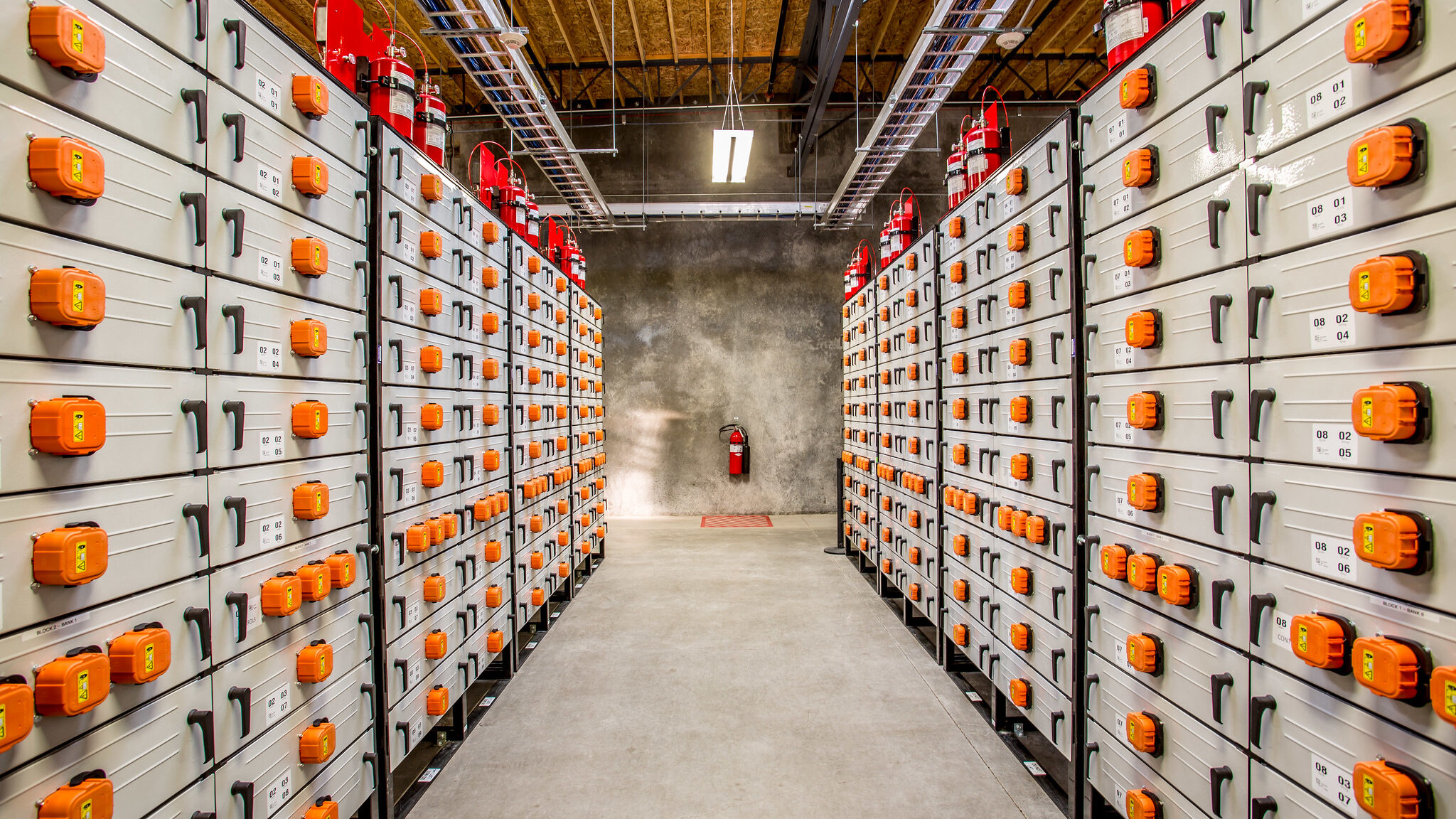 Giant batteries installed into the grid could help prevent massive power failures like that seen in Texas during February’s winter storm which left millions of people without electricity, say energy authorities. Multiple power sources — including renewables, fossil fuels and nuclear — were severely impacted by freezing temperatures in the biggest energy producing state in the U.S.

“Once this emergency is over, we have to recognize that adapting to new weather extremes while mitigating climate change are our energy system’s most pressing challenges,” said Energy Storage Association interim CEO Jason Burwen in an online statement on Feb. 18.

“Energy storage is a fundamental solution to meeting those challenges. Accelerating decarbonization and increasing resilience will only occur with diversification of energy storage technologies and deployment at an unprecedented scale.”

Both the U.S. Congress and the Department of Energy are taking steps to speed development of energy-storage technology. As part of its year-end legislation that provides economic stimulus and funds the government through September 2021, Congress authorized nearly $1 billion for energy storage research and development.

Energy storage is a key component needed to further renewable energy adoption and decarbonization of the energy sector. Because renewable energy sources like solar power and wind are dependent upon external conditions their intermittent production capacity means backup systems are required.

In many places, natural gas plants are built specifically to back up renewable energy production on the grid. However, with frozen wind turbines taking the spotlight during the recent Texas blackout, some advocates argue that more energy storage systems need to be introduced.

“Even though frozen wind turbines are grabbing headlines, coal, nuclear, and natural gas output — all of which supply more input for the grid in the winter than wind or solar — are also underperforming due to the severity of the freeze, making the current crisis less an issue of one energy source’s reliability over another,” said Reed Blakemore, deputy director at the Atlantic Council Global Energy Center in a statement on Feb. 17.

“…regardless of energy source, electrification of the energy system must take place in tandem with grid modernization. This includes effective management of a mix of energy inputs into the grid as well as resilience planning so that transmission and storage can absorb unexpected spikes in demand,” he said.

Overall battery power on the U.S. grid tripled from 2019 after the installation of 734 megawatts, and now has 1.75 gigawatts of backup power, according to the American Clean Power Association. That’s nearly the equivalent of two nuclear power plants, as the Department of Energy said the average U.S. nuclear plant produces 1 gigawatt of power.

While Texas has already installed the second-highest amount of battery power on its grid with 134 megawatts, it still trails California, which has installed more than a third of the energy storage capacity on the U.S. grid with 876 megawatts, the association reported in its 2020 fourth quarter report.

There are several types of additional technologies that can be used to supplement and support renewable energy production, the Energy Storage Association reported.

Mechanical energy storage systems use kinetic or gravitational forces to store inputted energy, while thermal systems use renewable energy to generate heat and cold that is stored and used for future electricity generation.

Renewable energy can also be used to make hydrogen, which can serve as a power system through fuel cells.

Another technology that can be used to store energy is pumped hydro-power. Renewable energy is used to pump water that later generates electricity when needed by allowing gravity to force the water through a turbine, similar to a dam.

As energy storage becomes more vital, a link is developing between the development of electric vehicles, which rely on high-efficiency batteries, and the electric grid. In fact, electric vehicle maker Tesla has developed a high-capacity battery that will be used by utilities to help bolster the electrical grid output.

Last fall, the first Tesla Megapack batteries were installed at Pacific Gas & Electric Co.’s Moss Landing substation in California, where 256 of the lithium-ion batteries will create a 182 megawatt energy storage system, making it one of the largest utility-sized battery systems in the world.

In December 2020, the U.S. Department of Energy released a guide for researchers striving to build a better battery. The agency’s “Energy Storage Grand Challenge Roadmap” seeks to “accelerate the development, commercialization and utilization of next-generation energy storage technologies and sustain American global leadership in energy storage.”

The roadmap provides costs and power guidelines for energy storage which cover a range of potential energy storage and battery technologies, including those that would be attached to the energy grid.

It states that energy storage technology should be able to provide electrical power during peak needs, facilitate the fast charging of electric vehicles and provide reliability for critical infrastructure like telecommunication and information technology systems — all at costs 90 percent lower than what they are today.

“By focusing storage valuation, supply chain and workforce matters as well as technology innovation, the roadmap provides wide-ranging context to guide federal funding and strategic decisions over the next 10 years,” the association said in a Dec. 21 statement.

«Previous Post
Florida Woman Sues Town That Fined Her $165,000 For Parking On Her Own Lawn»Next Post
Eco-Friendly Funds Gain Ground With Investment Firms, But Profitability Is Questioned