Cars belonging to opposition party members are sold to cover the cost of their unsuccessful lawsuit in 2019.
By Calistus Bosaletswe March 4, 2021
Facebook
Twitter
Linkedin
Email 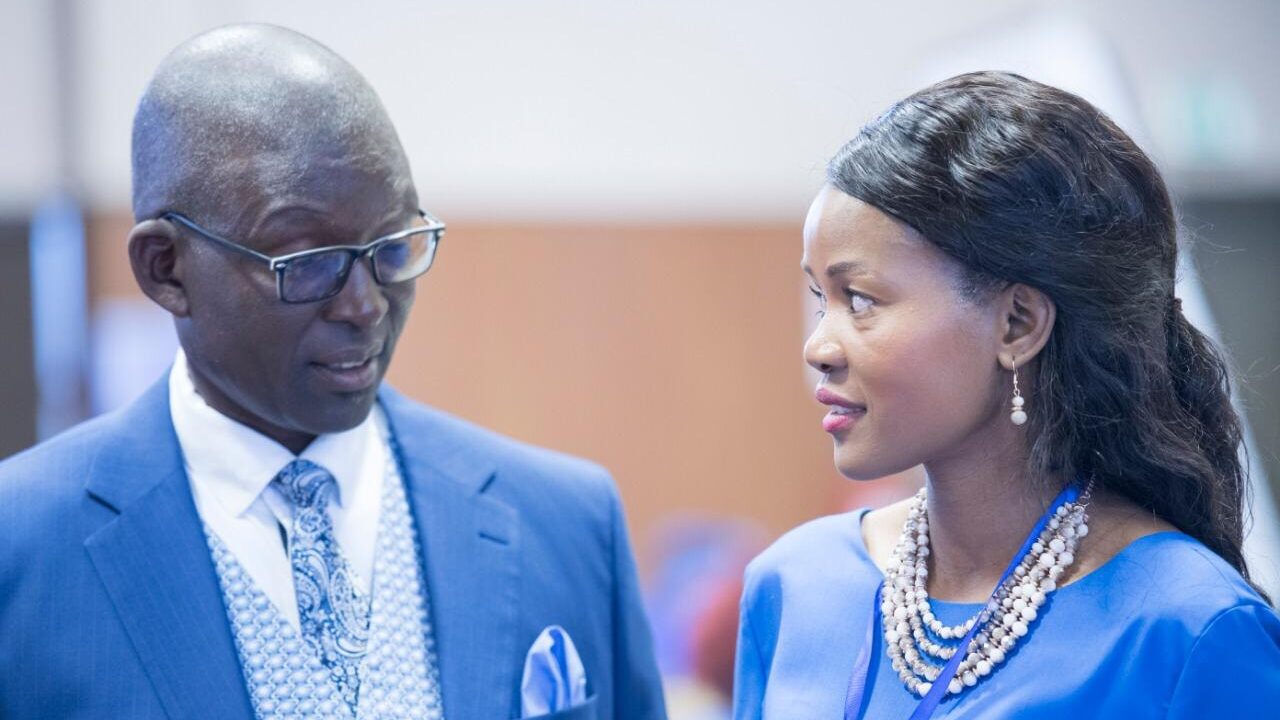 Opposition party members Micus Chimbombi and Mpho Pheko, whose vehicles are being auctioned by the ruling Botswana Democratic Party to recover legal costs. The opposition unsuccessfully challenged the 2019 election results in court. (Courtesy of Mpho Pheko)

The legal team of Botswana’s ruling party is auctioning the properties of 14 opposition party members who ran an unsuccessful court challenge against a 2019 poll over election rigging allegations.

The Botswana Democratic Party is using proceeds from the auctions to cover the legal costs in the case. The Court of Appeal dismissed the Umbrella for Democratic Change‘s challenge on Jan. 27, 2020. The costs associated with the appeal are around P500,000 ($45,396).

In the Oct. 23, 2019 election, the Botswana Democratic Party won with a majority of 38 seats. Umbrella for Democratic Change, the opposition, won 15 seats in the 57-member parliament, and President Mokgweetsi Masisi was elected for a five-year term.

The 14 members of the Umbrella for Democratic Change who initially protested the election results at the High Court of Botawana were candidates for parliament. The high court ruled in December 2019 that the matter “was not properly before the court” as the petitioners had failed to provide verifying affidavits and comply with rules. The costs associated with the high court case have not been determined.

Botswana Democratic Party legal team member Basimane Bogopa defended the move after the party auctioned the property of Mpho Pheko, an unsuccessful opposition parliamentary candidate from Gaborone Central in 2019. Pheko’s vehicle was auctioned after the Umbrella for Democratic Change failed to raise the money for the Court of Appeal costs.

Pheko, a professor at the University of Botswana and the only woman among the court petitioners, has condemned the ruling party for shaming petitioners.

“The Botswana Democratic Party and all its legal operatives should quickly realize that there are dangers and huge cost to perceiving political opponents as enemies that deserve to be crushed, impoverished and shamed. I wish to focus on only two dangers and costs — democracy and economic costs,” she said.

“Democracy is fragile and can easily be lost. We need every Motswana [person from Botswana] to have the confidence to raise their hands and run for office, vote for representatives of their choice, make democratic choices whichever way they wish.”

With only 2 million people the country, Botswana cannot sideline or exclude anyone, Pheko argued.

“Those in temporary power structures as per the dictates of democracy should see the need to maximize economic participation of every citizen of this nation. The idea that more than 45 percent of those who exercise their democratic rights to associate with the ideals presented by the so-called opposition block should be shamed, disgraced and impoverished are surely not winning strategies,” she said.

The leadership of the Botswana Democratic Party under President Masisi should instead give priority to vaccinating residents against COVID-19, boosting job creation and fixing the education and health systems “to ensure dignity,” among other pressing issues, Pheko said.

“Please remember that democracy is fragile and can be easily lost. Be vigilant with the temporary power and privilege that you have given yourself to lead our great nation,” she said.

Bogopa, of the Botswana Democratic Party’s legal team, confirmed the auction of Pheko’s vehicle. A vehicle belonging to Micus Chimbombi, who unsuccessfully contested a parliamentary seat in Kgalagadi South in 2019, is also for sale on auction.

“The petitioners knew that there were costs associated with the case in the event that they lose. These are laws that exist in any democracy. Even the case that former President Donald Trump was protesting the outcome of elections in the court has cost implications,” said Bogopa.

So far, he said, the only auctions have been the two cars belonging to the pair of opposition petitioners to help cover court costs.

“We have not yet established whether the two cars will raise a half-million pula for costs associated with the case,” said Bogopa.

“These ended up in the costly and painful court cases resulting in the indebtedness of the Umbrella for Democratic Change whose candidates were the main petitioners,” said Mohwasa. “The courts clearly demonstrated that they were not prepared to handle those many petitions from the elections. There was lack of legislation to enable the Court of Appeal to handle these petitions, while the High Court, which is the lower court, could do so.”

Botswana should resolve election disputes in a manner similar to the way land disputes are settled, according to Mohwasa.

“In land disputes, the government has established Land Tribunals. The same should be done for elections. Increased political competition and the general growth in electoral disputes suggest that the time has come to establish election tribunals. These will be better prepared than ordinary courts to handle election disputes,” Mohwasa said. “The Umbrella for Democratic Change recommends that election tribunals be established in Botswana before 2024.”