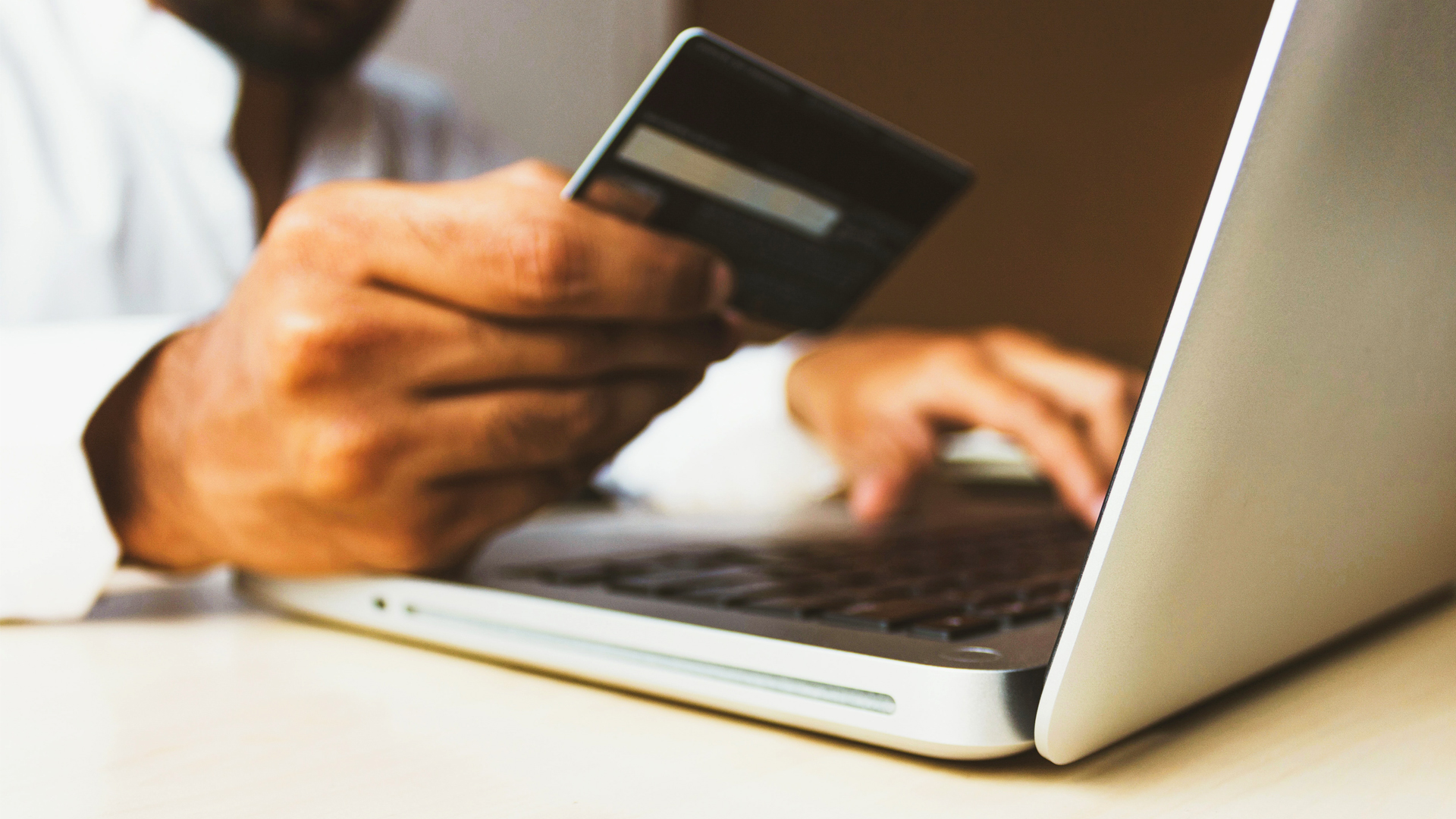 Representational image of a person entering card details for online transaction on his laptop. (rupixen.com/Unsplash)

Twenty-six-year-old college dropout Pruthiraj Rath founded smart banking platform Payzello about five years ago to plug a gap he saw in the Indian banking sector. His start-up created a three-in-one card that functions as a debit, credit, as well as forex card.

“Many Indian college students open accounts with public sector banks. Private banks ignore them due to their requirement of higher minimum balance,” said Rath. “There are a lot of things that need to evolve in India.”

Sensing the same opportunity and to speed up the digital payments’ adoption, India’s central bank, the Reserve Bank of India, had invited applications last year to help it create a for-profit, pan-India umbrella entity for retail payments to rival the not-for-profit National Payments Corporation of India, the umbrella organization for operating retail payments and settlement systems.

“All entities eligible to apply as promoter/promoter group of the umbrella entity shall be owned and controlled by resident Indian citizens with three years’ experience as payment system operator, or payment service provider, or technology service provider,” the notification released on Aug. 18, 2020, states.

As interested as they are in the Indian digital payments space, the Reserve Bank got applications from consortiums that had Amazon, Facebook, and Google as partners. Amazon is vying for the space piggybacking on India’s third-largest private sector bank Axis Bank. 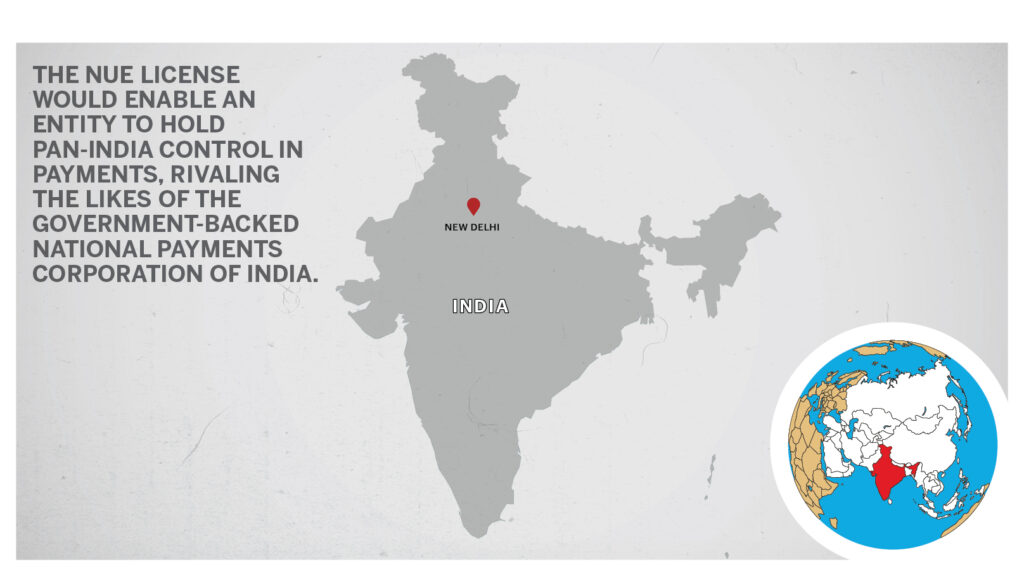 Tata Group, one of India’s largest conglomerates, also has plans to come up with its own super app to integrate all its consumer services under the Tata Digital banner. It is aggressively expanding its presence in the online retail marketplace with StarQuik.

Facebook and Google’s involvement isn’t a surprise as both the Silicon Valley giants are invested in Reliance Jio, with WhatsApp having an agreement with Reliance Retail as well.

License proposals were to be sent to the Reserve Bank by Feb. 26, but that deadline has now been extended to March 31, 2021.

“Digital payments shouldn’t rest on one entity even though the National Payments Corporation of India has done a fantastic job,” Anand Kumar Bajaj, the founder and chief executive of fintech company PayNearby, told Zenger News. “The more players we have in this field, the more innovative products one can get.”

Currently, all digital retail payments are handled by the government-associated National Payments Corporation of India, which powered innovations such as the Unified Payments Interface.

For the uninitiated, the Unified Payments Interface lets one make payments and transfer money as long as one has a mobile phone and a Unified Payments Interface-supported app. The mobile phone number tied to a customer’s bank account is all that’s needed. As of February 2021, 213 banks are live on it and have a transaction volume of 2.3 billion amounting to over INR 4.25 trillion.

Since each NUE will be associated with one or more banks, they will be able to operate their own clearing and settlement systems and are expected to come up with new technologies and innovative payment systems.

NUEs though independent of the National Payments Corporation of India, will have to ensure that they are interoperable with it, and with each other. Public sector banks in India have been barred from participating in the NUE consortiums.

“The NUE concept is a de-risking measure by the Reserve Bank so that no single entity holds a lot of power,” Mandar Agashe, founder, managing director and vice-chairman of Sarvatra, a technology platform for financial services, told Zenger News.

“They will be focussed on retail payments, so one would get to see a lot of innovations at the acquirer side, which are the tech companies such as Amazon, Facebook, Google, Ola, among others,” said Agashe.

“When the National Payments Corporation of India was formed, they started with RuPay cards [Indian alternative to Visa and MasterCard] and no one knew it would come up with UPI, which has transformed the way Indians do digital payments. In the West, many innovations are coming from fintech companies such as neobanks (online-only financial institutions), etc. We are yet to see such innovations getting mainstream in India. There is immense scope,” said Agashe.

Rath points to the low adoption of Near-Field Communication technology in payments, which is used by Apple Pay and Samsung Pay. He feels innovations in the space would help small and medium enterprises in terms of payment acceptance.

“Here Point-Of-Sale devices work on traditional transaction models such as via debit or credit cards. NFC has been launched in many countries but none of the regulatory bodies are promoting it due to lack of infrastructure support,” said Rath.

Bajaj, whose PayNearby helps grocery stores in small villages become touchpoints for banking services, says there is still a huge market in India that is untapped by the digital revolution. India had 208,840 automated teller machines (ATMs) as of December 2020, with a majority of them located in cities, according to Reserve Bank statistics.

“India has approximately 750,000 villages, but there are only over 115,000 bank branches and over 208,000 ATMs. In a lot of villages when people opened bank accounts for the first time, and were given RuPay cards, they laminated them thinking they were an important document because they had never seen or used an ATM card before,” said Bajaj.

“NUE will be for-profit but that does not necessarily mean the consumer will have to pay a larger transaction fee. You use Google and YouTube for free, but these are profit-making entities,” said Agashe.

Bajaj felt the goal to be profitable will ensure there is immense innovation happening in the space. “This will only attract more talent, and it’s great for the sector. There are also use cases where the NUE’s may not have to compete with the National Payments Corporation of India but can leverage on the groundwork laid by the Payments Corporation,” said Bajaj. He is bullish on collaboration opportunities for everyone and says the end goal should be larger financial inclusion.

Rath feels Visa and MasterCard, which are with the group of Amazon and Tata, respectively, wouldn’t want a conflict of interest like they faced with RuPay cards. The jury is still out on whether they will be eligible to participate.

“Tokenisation payment using NFC is a technology developed by Visa, which significantly reduced the steps involved in card-based transactions. If we need scale, we also need players who have impressive technology,” said Rath.

But considering big names such as Amazon, Google, Facebook, Ola, Paytm, among others, want to get involved, what will be the implications for user data security and privacy? Agashe feels that since all financial transactions are governed by the global PCI-DSS standards, financial security will be inherent.

“Yes, an Amazon may know your buying patterns, but it won’t necessarily know your card details. Without these inherent data privacy measures, no operator can be allowed to deal with financial data,” said Agashe.

Rath says the larger question is whether these retail entities will use customer data outside the objective of improving their own operations?

“When such big entities getting involved have other business interests as well, the challenge is ensuring how your data doesn’t get utilized for other purposes. Also, who owns the customer data? Is it the bank or the new entity? We will need these clarifications with time,” said Rath.