Site is around 210 miles from Sarnath, where the Buddha gave his first sermon. 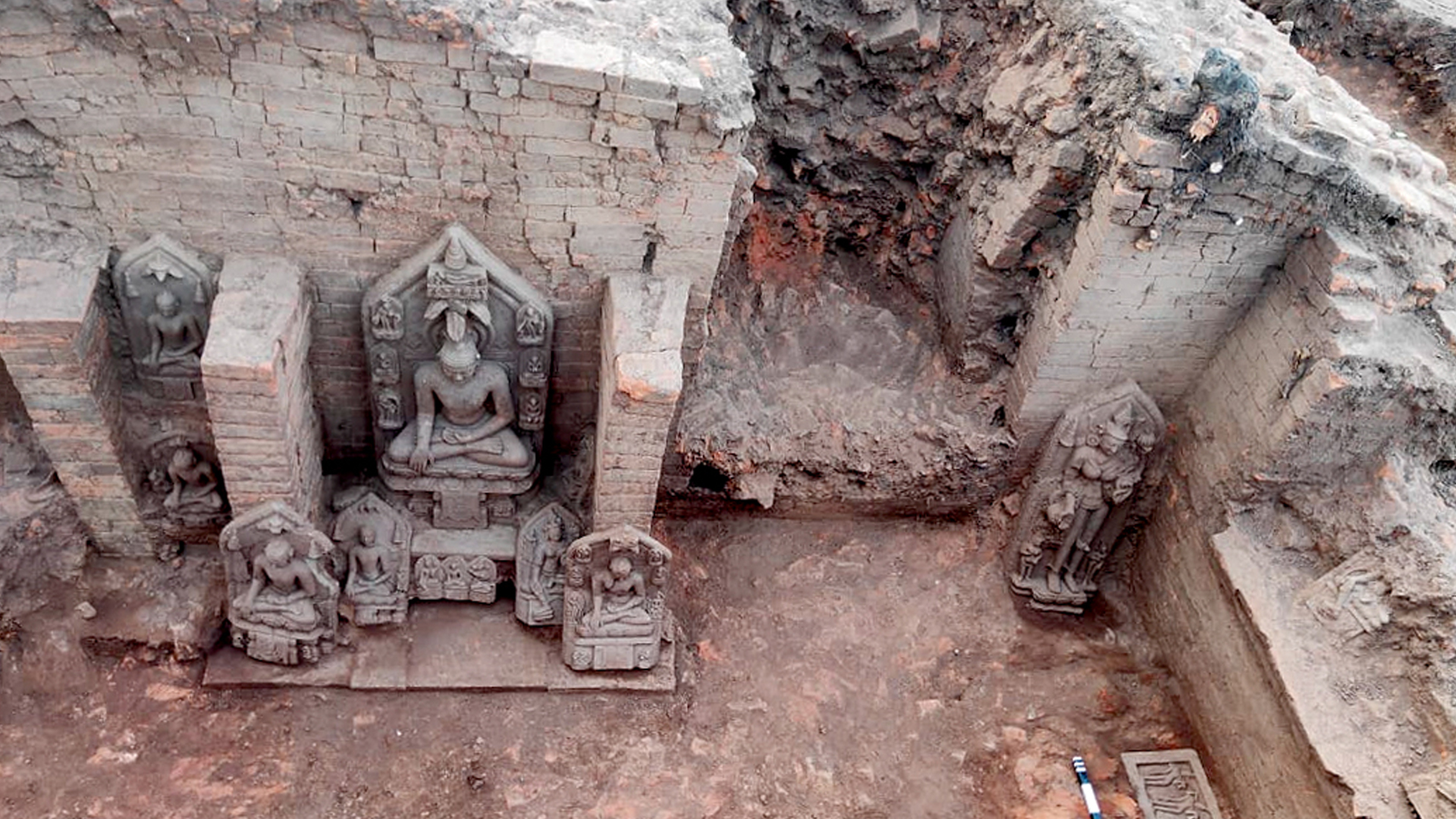 The sculptures were found just 2-meters below the mound. (Archeological Survey of India)

PUNE, India — Buddhism, one of the major world religions with its origin in India, just added another piece of historical evidence to its 2,500-year-old existence.

A structure belonging to the Buddhist culture was recently unearthed by the Archaeological Survey of India at the foothills of the Juljul hills in the Hazaribagh district of India’s eastern state of Jharkhand. 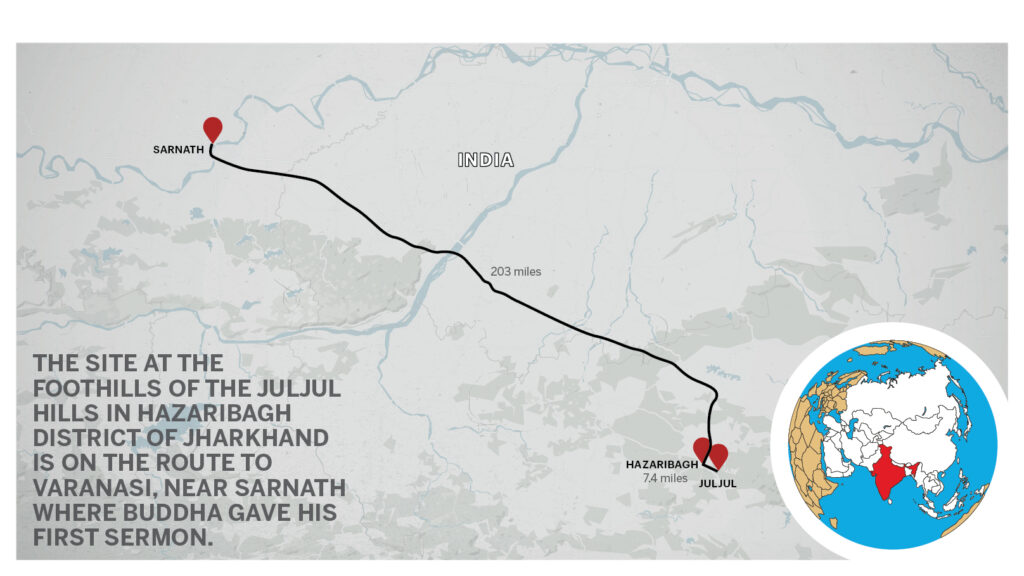 The Archeological Survey of India had, in 2020, identified three mounds, approximately 12 kilometers from the Hazaribagh headquarters of the Patna branch, having links to Buddhism.

The excavation of the first mound two months ago led to the discovery of a complete shrine and two subsidiary shrines, two meters (6.6 feet) below the surface.

“We (the Archeological Survey of India) started excavating the second mound in the last week of January,” Niraj Mishra, an assistant archeologist with the organization’s Patna (capital of eastern Indian state of Bihar) division, told Zenger News.

“The site seems to be from around the 10th-century,” Mishra said.

A team excavated three stone statues of Tara, a Buddhist savior-goddess with numerous forms, and five of the Buddha on Feb. 25.

“A monastery-cum-shrine was discovered with three rooms. In the northwest corner of the structure, we found five sculptures of the Buddha in a seated position, and three sculptures of Tara, which indicates it might be the center of the Vajrayana sect of Buddhism,” said Mishra.

Vajrayana is a form of Tantric Buddhism with roots in India and its neighboring countries, particularly Tibet. The other forms of Buddhism are Theravada and Mahayana.

“Two out of the three sculptures of Tara were broken,” Mishra told Zenger News. “There were certain inscriptions specifically on these two sculptures. The writings have been sent to the paleographic team for transcriptions. The discoveries suggest there was a proper settlement of Buddhists in these areas.”

The excavations started on Jan. 31. Archeologists and historians find the discovery to be of great importance, which will narrow down the history and influence of the Buddhist dynasty in eastern India, especially Jharkhand.

“The new findings are significant since the monastery is on the old route to Varanasi,” said Rajendra Dehuri, superintendent archeologist, Archeological Survey of India, and the head of these two excavations.

“However, nothing can be concluded now, as more research and further findings are needed in these areas.”

The team is likely to begin excavation at the third site next year, according to Mishra. “This year we will concentrate on the two mounds,” he said.

In 1815, Colonel Colin Mackenzie, a Scotsman who became the first Surveyor General of India (who also discovered the ruins of Hampi in Karnataka), started the first systemic excavation of Sarnath, followed by British Army officer Alexander Cunningham, founder of the Archaeological Survey of India, according to Live History India.