VIDEO: Six Laughing Police Pinned Hooded Suspect To The Ground As He Choked To Death

Man unresponsive after cops strapped him in restraints and a hood as they pressed his face into the ground. 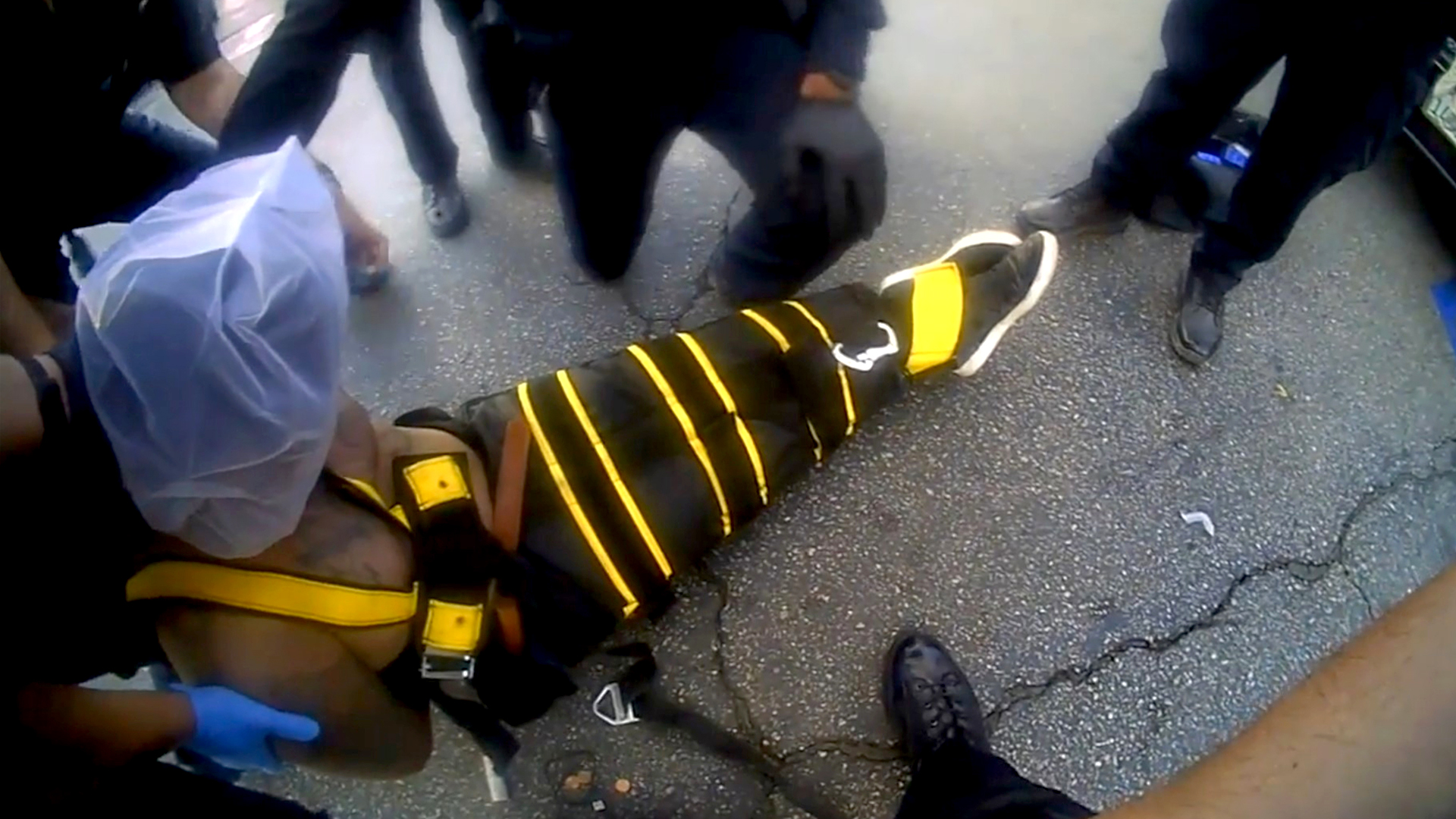 The suspect died after being arrest by police officers for exhibiting bizarre behavior in Cardenas Market in California. (Indio Police Department/Clipzilla)

INDIO, USA — A casual attitude by six police officers of the Indio Police Department proved costly as a 41-year-old died due to breathlessness while in police custody.

The man identified as Jose Albert Lizarraga Garcia was grabbed by the cops and pinned down with his face on the ground. He was immediately covered with plastic overhead and put into a straitjacket-type restraint by the police.

Soon, he was struggling to breathe as he was handcuffed and quickly became unresponsive. The officers were trying their best to bring back him to consciousness, however failed to do so. The video of the footage has gone viral online and has attracted a lot of criticism among the residents.

In another video, Garcia before being arrested exhibited bizarre behavior in a store in Indio, looking under the influence of drugs as reported by the witnesses.

Initially, he took a bucket of water and threw it outside the store. Later, he grabbed random items and headed onto the next store.

The locals made a call to 911 which brought Indio officers to the location, who immediately tried to talk to the man. However, he refused to stop.

Consequently, the officers failed to find his pulse and began giving him chest compression. Later, when he was transported to the hospital, he was pronounced dead.

The autopsy result of Garcia’s body has not yet been published.

More details are to be released as the investigation proceeds. “Lack of studies on arrest-related deaths is particularly troubling because of the consequences of these events, but also because the nature of how these deaths occur may also be changing,” said a report titled “Arrest-Related Deaths in the United States: An Assessment of the Current Measurement“.  In particular, recent attention has shifted away from incidents where police use firearms to incidents where other less-lethal tools are used.A study demonstrates factors associated with persons at risk for arrest-related deaths events, “including male gender, age more than 44 years, illicit drug intoxication, and agitation or confusion at the time of custodial arrest”.

The arrest-related deaths program, launched in 2003, is a part of the Death in Custody Reporting Program, which collects information on deaths that occur in jails and prison. At launch, the program relied heavily on voluntary participation from law enforcement agencies to report the information, and it found that many failed to do so.

As a result, the program did not capture all reportable deaths in the process of arrest. Due to limitations of the program, the Bureau of Justice Statistics suspended the collection and reporting of arrest-related deaths in 2014.