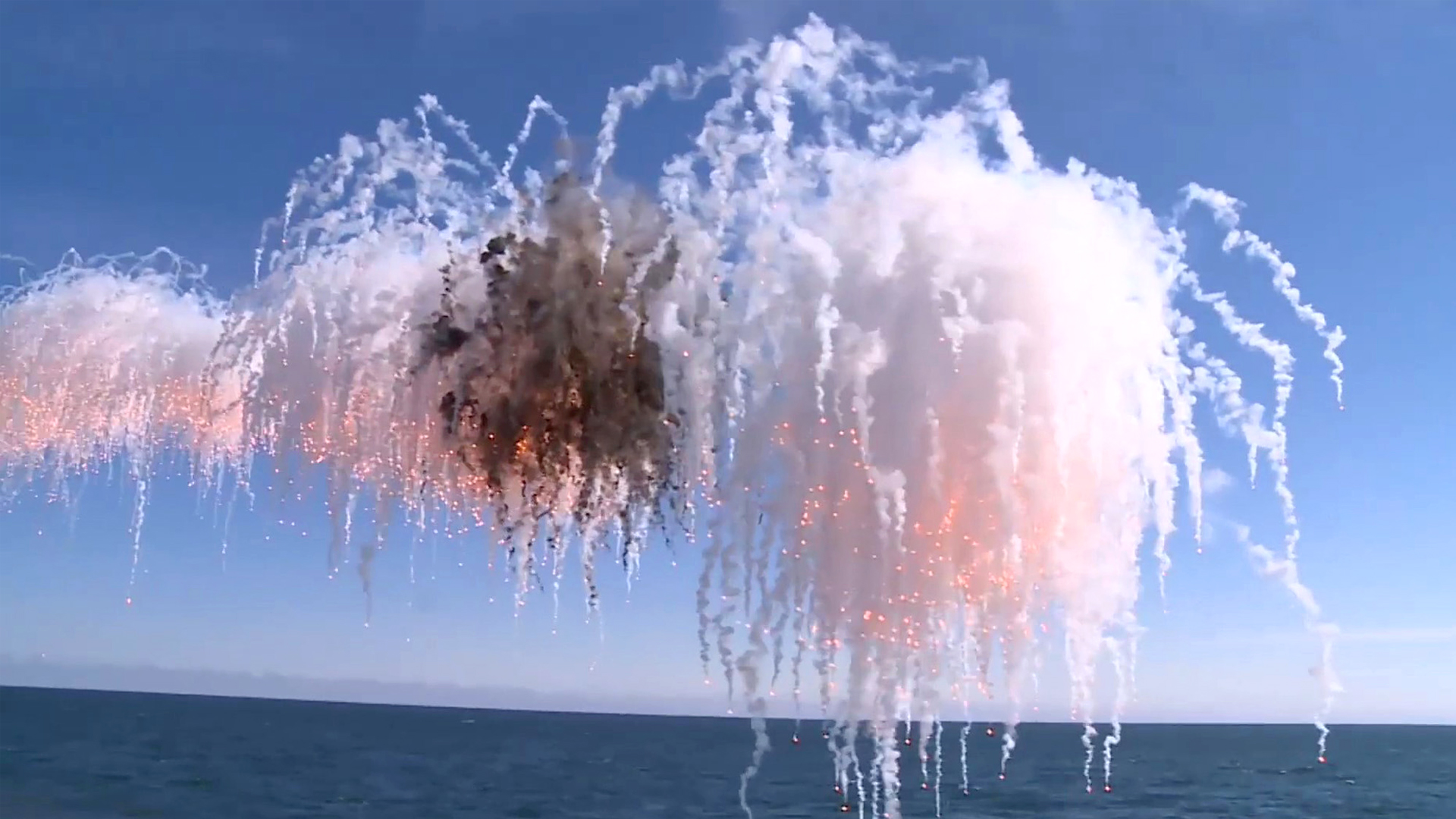 Task K-2 performed by the crew of the Volgodonsk IAC of the Caspian Flotilla. (Russian Defense Ministry/Clipzilla)

MAKHACHKALA, Russia – The Russian crew of the Caspian flotilla ‘Volgodonsk’ — a small artillery ship — conducted an impressive live exercise as part of the K-2 course task on Feb. 19.

“As part of the delivery of the elements of the K-2 course task, the crew of the small artillery ship Makhachkala of the Caspian Flotilla successfully performed artillery and anti-aircraft firing at sea and air targets at training grounds in the Caspian Sea,” said the Russian Navy in a statement.

In the course of performing practical actions at sea, the personnel of the Makhachkala performed the tasks of combat maneuvering, search and detection of targets, made a convergence with the ships of the mock enemy at a set distance, and then destroyed the sea targets with fire from the AU-190 artillery systems.

The crew also worked out the standards and a set of measures for mine, anti-aircraft, and anti-sabotage defense of the ship.

Earlier, the ship’s personnel successfully passed the first coursework task K-1, which is the initial stage in the system of recruiting new members.

As per the Caspian Policy, a research think thank, Russia’s Caspian Flotilla has existed since 1772, and throughout its history, played a key role in projecting Russian power over the sea. In 1992, after the break-up of the Soviet Union, the flotilla was divided between Russia, Azerbaijan, Turkmenistan, and Kazakhstan.

“After that division, the Russian Caspian Flotilla found itself too reduced to fulfill its directives and has been being reinforced ever since,” it said in a statement. “Today, the flotilla consists of twenty-eight warships: two guided-missile frigates, eight corvettes, four patrol boats, seven minesweepers, six landing boats, and one gunboat.”

“The Center-2015 exercises remain among the largest and most comprehensive undertaken by the Caspian Flotilla,” said Caspian Policy in the statement. “In these exercises, the Volgodonsk and Makhachkala both fired artillery at sea targets. The Grad Sviyazhsk, Uglich, Veliky Ustug, Makhachkala, and Astrakhan practiced defending civil targets like commercial ships and oil facilities against small, fast-moving vessels.”