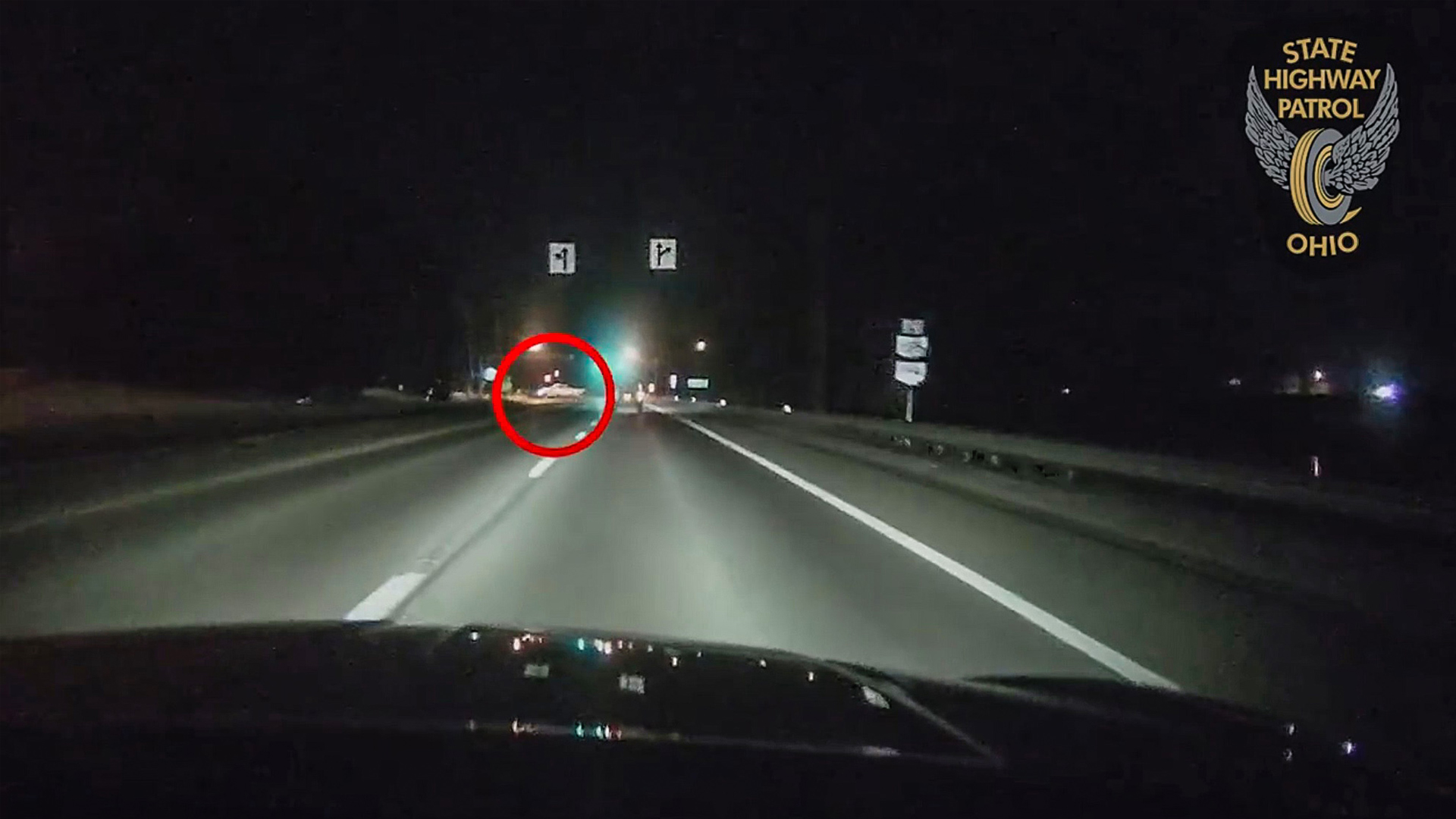 Driver crashes into multiple structures and a parked vehicle is caught on the dash camera by the Ohio State Highway Patrol at Zanesville in Ohio. (OhioStateHighwayPatrol/Clipzilla)

OHIO, USA – Jumping a red light proved too costly for a drunk driver as he was caught by the Ohio State Highway Patrol.

The video footage of the incident was recorded by the police while he was in Ohio.

The suspect (name yet unknown) was taken under custody for reckless driving and overspeeding.

He was caught speeding across the intersection and overruled all the traffic rules. The chase ended when the police officials caught hold of the driver.

“It was clear that he was impaired driving, as he was driving too fast given the amount of snow on the road,” said a police official.

Impaired driving refers to operating a vehicle under the influence of alcohol. In the United States, thousands of people die due to alcohol-impaired activities.

The footage went viral on Twitter as the officials shared the incident on Feb 22.

“In the last five years, over 81,000 impaired driving crashes have occurred in Ohio,” reads the tweet. “Watch as this driver runs a red light, crashing into multiple structures and a parked vehicle. OSHP Zanesville troopers arrested the driver for OVI, and he tested at nearly 3x the legal limit.”

“Through investigation, he was soon found to have crashed a lot of parked cars and damaged several transport properties while driving. The driver was then located and arrested for Operating a Vehicle Impaired. He tested nearly thrice the legal limit,” said the police official.

OVI or “Operating a vehicle under the influence” is used in Ohio, instead of ‘DUI’ (Driving under influence). An Ohio OVI penalty depends upon the number of OVI convictions the offender has had within the past 10 years. A driver with a BAC (blood alcohol content) of at least 0.17 percent will be subjected to increased penalties.

Over the past five years, more than 81,000 traffic accidents have occurred as a result of drunk driving in Ohio. The data shows alcohol being one of the major factors in traffic crashes. Increasing BACs have been linked to increased crash risk.

People within the age group of 22 to 45 have recorded the maximum drunk driving cases in the United States. The National Highway Traffic Safety Administration states that about 41 percent of people fatally injured in traffic crashes are due to drunk driving.

The number of road traffic fatalities in Ohio has increased manifold. Apart from Ohio, North Dakota, Wisconsin and Nebraska, have the highest number of cases. In 2018, around 12 percent of the total population aged between 21 and 25 were taken under custody for drunk driving.

Several strategies have been made by the government to reduce and prevent drunk driving cases in Ohio. Sobriety checkpoints, multi-component interventions, ignition interlocks, mass-media campaigns, alcohol screenings and school-based instruction programs have been implemented nationwide.

«Previous Post
VIDEO: Six Laughing Police Pinned Hooded Suspect To The Ground As He Choked To Death »Next Post
VIDEO: Fleeing Driver Rammed Off The Road