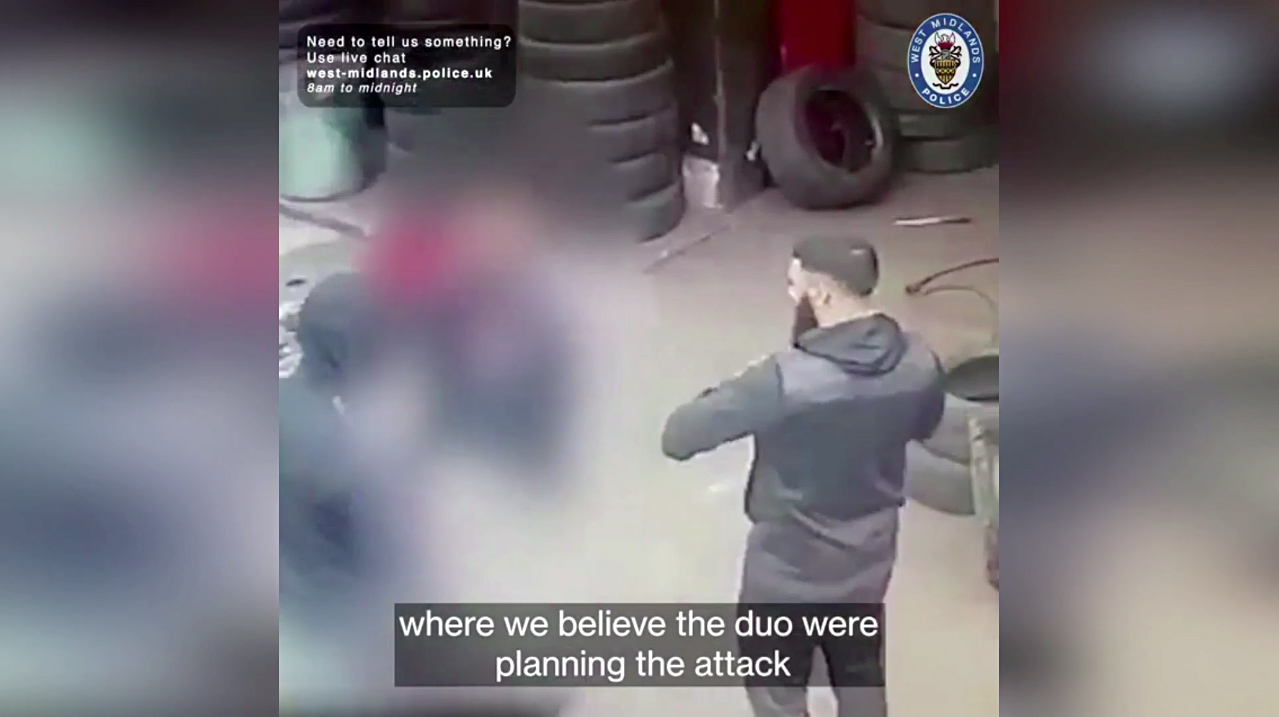 Uzair Shahid and his accomplice Toyub Ali shot a 24-year-old man in broad daylight at the hairdressers on Wolverhampton Road, Walsall, England. (westmidlandspolice/Clipzilla)

WALSALL, England – Two Englishmen took revenge to another level when they shot a 24-year-old man in broad daylight over a minor issue.

Uzair Shahid and his accomplice Toyub Ali had shot the unidentified man in a salon in Walsall in the UK.  The pair were arrested at Wolverhampton Road, Birchills.

West Midland Police were able to identify the two suspects thanks to security cameras in the area.

“Detectives were also able to compare sightings of the black BMW in and around the area with an electronic monitoring tag Shahid was wearing,” wrote the West Midland police on their website. “Five separate instances coincided with his tag and the car was seen on CCTV at various locations at key times.”

The pair was angry at the man for a minor car crash they had previously been involved in, so they opted for an act of revenge as per the reports.

They entered the barbershop in Walsall, England, and punched the man in the face, before grabbing a shotgun from their BMW and firing it through the glass door, striking the man.

The victim survived, but his injuries have left a long-term impact on his life.

“It was a calculated, brutal and mindless act of violence which has left the victim with long-lasting physical and emotional damage,” says Detective Constable Craig Bathgate, who led the investigation.“This crime shook the local community, who we know had been living in fear of their behavior for a long time. The pair were part of a gang, and it’s thought they’d been involved in other previous acts of violence.”

Crimes involving firearms in the UK have been increasing steadily over time.

“ In the year ending March 31, 2019, there were 6,759 firearm offenses recorded in England & Wales. This was an increase of 4 percent compared with 6,534 offenses recorded during the previous year, and the highest recorded number since 2010/11,” states a report by the Office of National Statistics.

Handguns are the most preferred non-air firearm type in the UK.

Shahid, 21, and his accomplice Ali,19, will be sentenced in two months’ time.