Gruesome search for bodies washed out to sea by the tide.
By James King March 3, 2021
Facebook
Twitter
Linkedin
Email 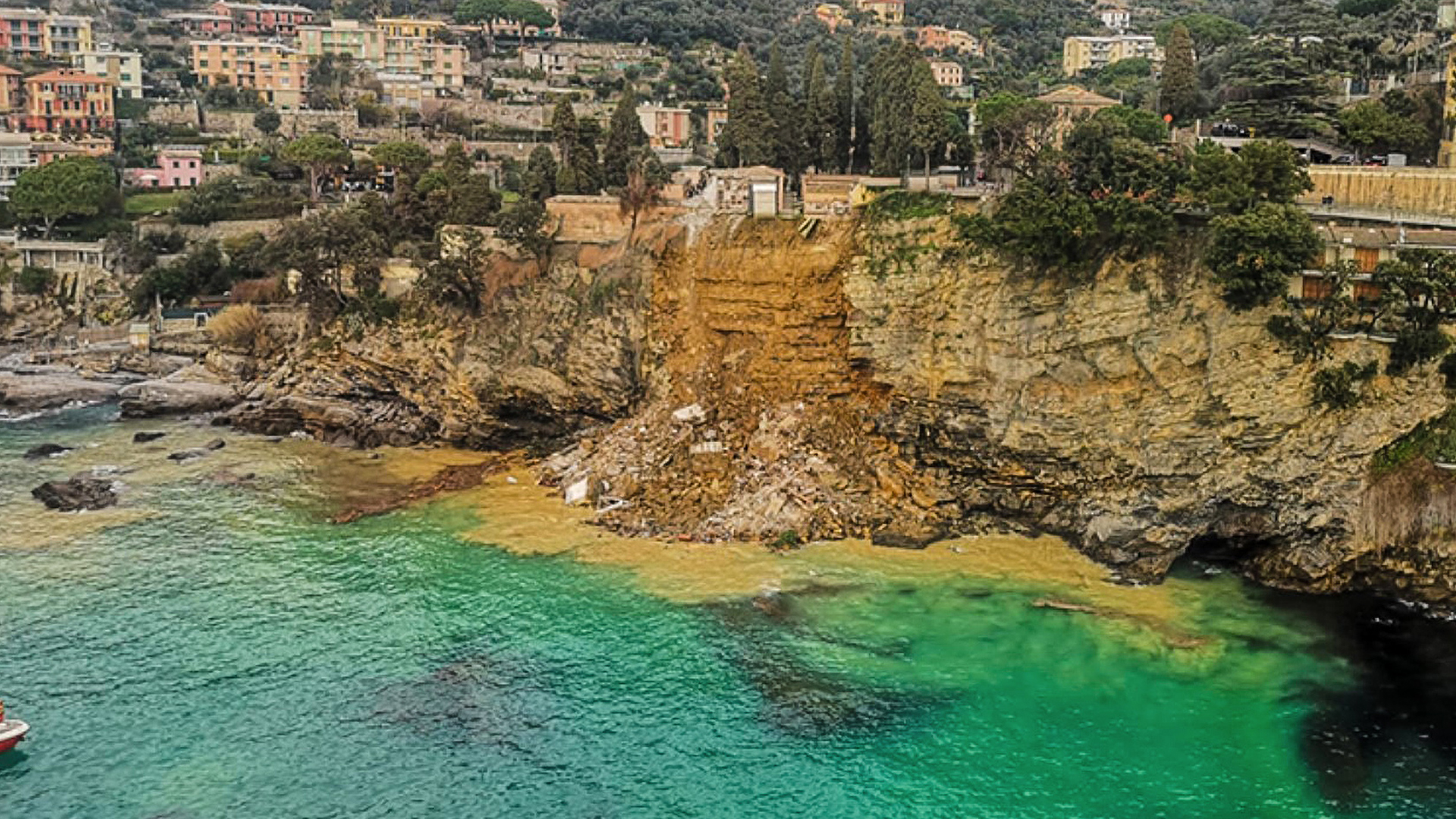 Part of the Camogli cemetary collapsed into the sea during a landslide on Feb. 22. 2021, in Genoa, Italy. (Vigili del Fuoco/Clipzilla)

GENOA, Italy – A footage has surfaced of Italian officials fishing out corpses and coffins after a major landslide caused a part of the cemetery to send a hundred graves into the sea in Genoa, Italy.

The Camogli cemetery was on a cliff 50 meters (164 feet) high, and when a landslide occurred, part of the cemetery collapsed with it.

Around 200 coffins reportedly slid down the mountain and ended in the sea, as well as two chapels with bodies inside.

The Councillor for Public Works of the municipality of Camogli, Tino Revello, explained the area had been under observation for some time and work was underway for the consolidation of the rocky cliff under the cemetery.

“The area had been cordoned off,” he said.

The fire brigade, a helicopter, coastal guard boats, and a team of divers and nautical specialists attended the scene, and are trying to bring as many of the coffins as they can back to land.

However, it is reportedly not an easy task as many of the coffins are stuck in between rocks or under the rubble of the landslide.

Mayor Francesco Olivar, who is also a geologist, told local media that the landslide was difficult to predict in advance.

“What happened today I consider among the darkest moments I experienced as a mayor and I am close to all my fellow citizens,” he said.

The recovery work of the coffins is ongoing.

As per the reports from Climate Change Post, 358 slope failure events have been studied that have occurred at heights above 1500 meters in the Italian Alps between 2000 and 2016. The events cover the entire Italian Alpine region, which is 27.3 percent of the European Alps, and all types of landslides, debris and mudflows, glacial lake outbursts floods, and ice avalanches.

“In Italy, landslides are a serious threat to the population,” states the report. “From 1950 to 2015, 661 fatal landslides occurred causing 4105 fatalities, including 1,910 estimated fatalities caused by the Vajont landslide (Oct. 9, 1963), the most destructive slope failure in Europe in history.”

Rainfall is the primary trigger of landslides in Italy. Other causes are earthquakes and human activities. The impact of rainfall on the occurrence of landslides was studied in Calabria, southern Italy, for a dataset of landslides and daily rainfall records in the period 1921-2010.

“The analysis shows that landslides were triggered at lower rainfall volumes in the period 1981–2010 than in previous periods, indicating that the vulnerability of the territory to landslides has increased. On the other hand, the frequency of major catastrophic and catastrophic landslides and (flash) floods has decreased since 1971.”