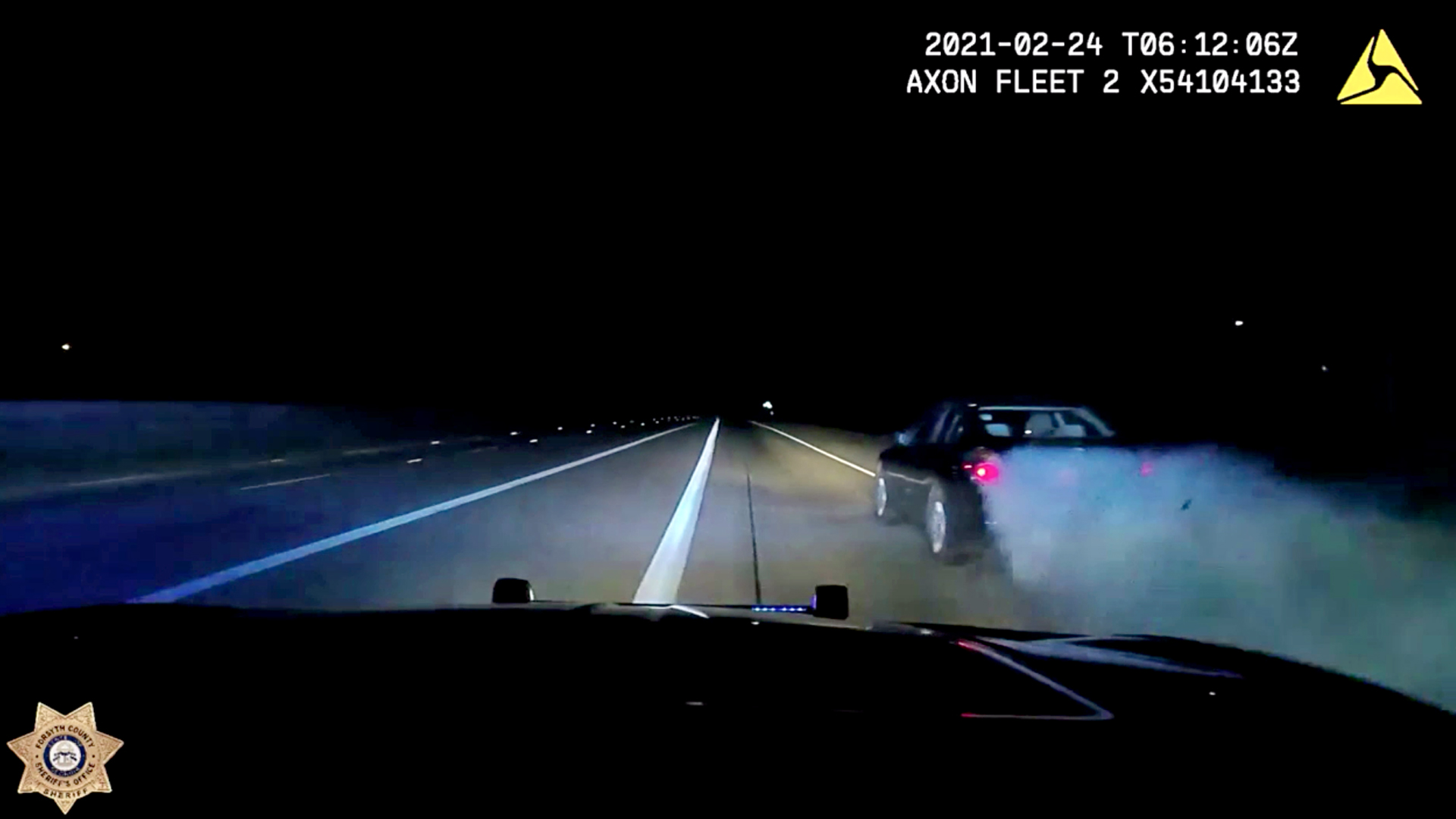 The suspect Jeremy Deshun Morris gets away from the police pursuit. (ForsythCountySO/Clipzilla)

FORSYTH COUNTY, Georgia — Forsyth County Sheriff’s deputies have released video of a suspect trying to flee from them after being leading deputies on a car chase.

The deputies had to end their pursuit when the suspect, identified as Jeremy Deshun Morris, 28, of Atlanta, crossed into another jurisdiction on Feb. 23.

However, Morris was under the deputies’ radar once again when he was found driving recklessly the next day. That day he didn’t get away.

“We know he couldn’t have been prouder than to be able to brag he had escaped from us, certainly a rare occurrence,” said an officer in the Forsyth County Sheriff’s Department, “but in this case, based on our decision, not his talents.”

This time, having obtained the necessary warrants, the deputies were prepared. Due to the high rate of speed, Morris’ car was releasing heavy smoke as he tried to flee deputies. Several patrol vehicles were seen chasing the fleeing car.

Deputies moved strategically around the suspect’s car, setting the ground for a successful maneuver to trap him.

Then Morris tried to force one of the patrol cars off the road.

The pursuit finally came to an end when one of the patrol vehicles bumped into Morris’ speeding car, causing him to lose control and crash into a roadside barrier.

Morris faces multiple charges, including fleeing or attempting to elude, failure to maintain insurance, expired registration, driving a vehicle with a suspended license, and reckless driving.

“More than 9,000 deaths — 26 percent of all crash fatalities — occurred in speed-related crashes in 2019,” the institute’s analysis states.

“Traditional enforcement, which relies on police officers to measure speed with radar or other technology, has been joined recently by speed cameras. Speed cameras have been shown to reduce speeds and crashes.

“Drivers who speed tend to be younger than drivers who don’t, and male drivers are more likely than female ones to speed,” the analysis states.