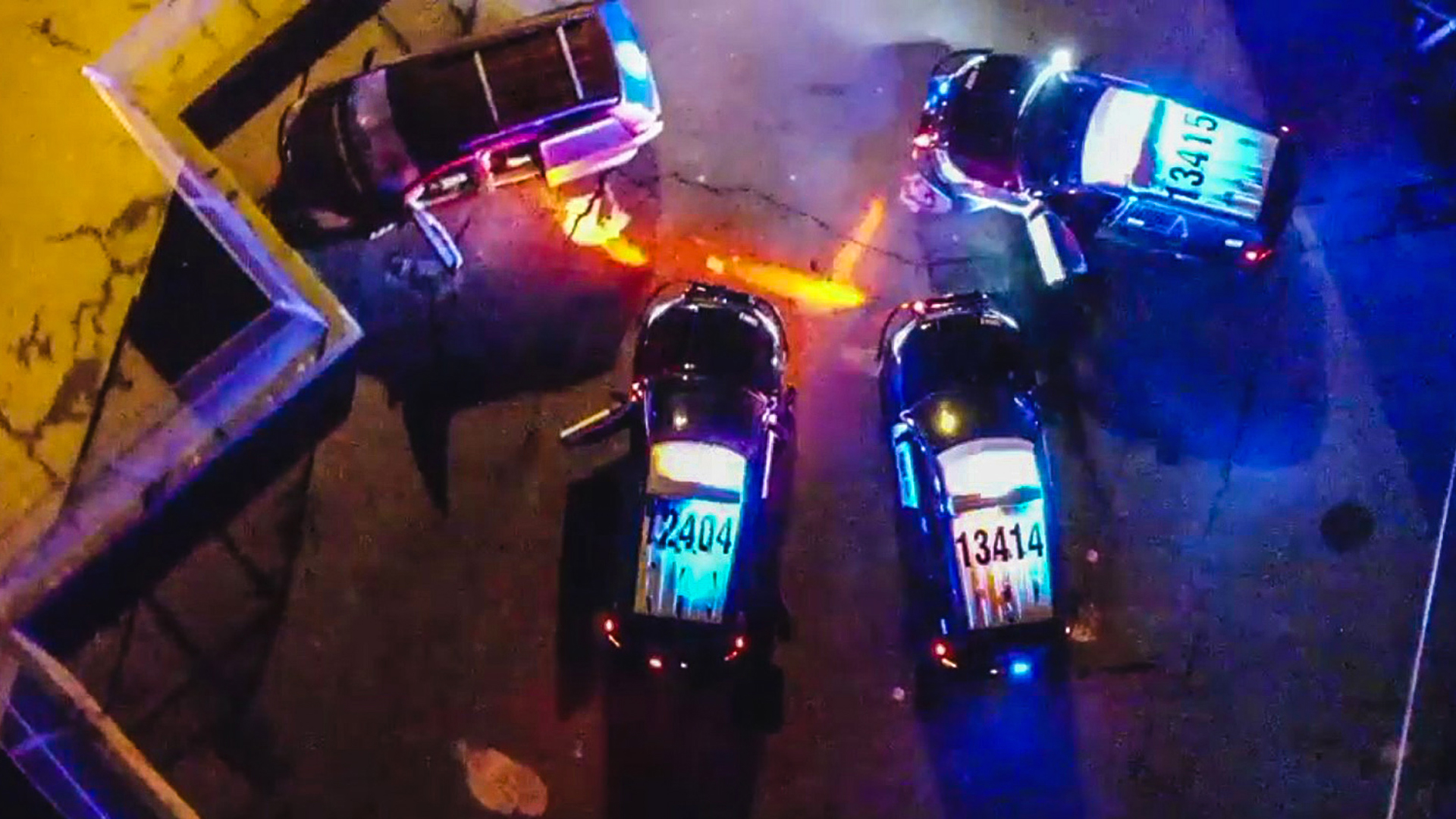 Sacramento police officers were involved in a shooting after chasing a suspect. (SacramentoPoliceDepartment/Clipzilla)

SACRAMENTO, Calif. – The Sacramento Police Department has charged a 38-year-old man with threatening to kill his girlfriend and burning down her truck.

The officers were dispatched to the location after the woman reported the incident on Feb. 15.

As officers were on the scene talking to the woman, one of them noticed the suspect, later identified as Adan Martinez, driving past the woman’s house in a red minivan.

An officer tried to pull over Martinez, but he fled, leading officers on a car chase across the city. Martinez allegedly drove past stop signs, eventually coming to a halt at a dead-end, where he was cornered by two police cars.

After allegedly trying to drive away once again and refusing to comply with the officers’ orders, the officers shot Martinez.

“Martinez was transported to a local hospital where he was treated for his injuries and has since been released,” said one of the officers involved in the car chase.

Martinez is in Sacramento County Jail on charges that include arson, stalking, evasion and narcotics-related offenses.

The officers involved are on administrative leave while the incident is under investigation.

According to the U.S. Justice Department, “the term ‘stalking’ means engaging in a course of conduct directed at a specific person that would cause a reasonable person to fear for his or her safety or the safety of others or suffer substantial emotional distress.”

Domestic violence in the United States is a major concern. The National Organization for Women  states that “despite the fact that advocacy groups like NOW have worked for over three decades to halt the epidemic of gender-based violence and sexual assault, the numbers are still shocking.”

The number of violent crime victimizations in the U.S. in 2019 was 1.2 million domestic violence cases. Simple assault tops the list at 3.8 million cases, according to Statista. In total, about 5.81 million violent crimes were reported in the United States in 2019, the Statista data shows.

“Family and domestic violence is a common problem in the United States, affecting an estimated 10 million people every year; as many as one in four women and one in nine men are victims of domestic violence. Virtually all healthcare professionals will at some point evaluate or treat a patient who is a victim of domestic or family violence,” states a February study.