VIDEO: Anty-Bodies: Box Posted With Hundreds Of Giant Ants Inside Supposed To Be Medical Supplies 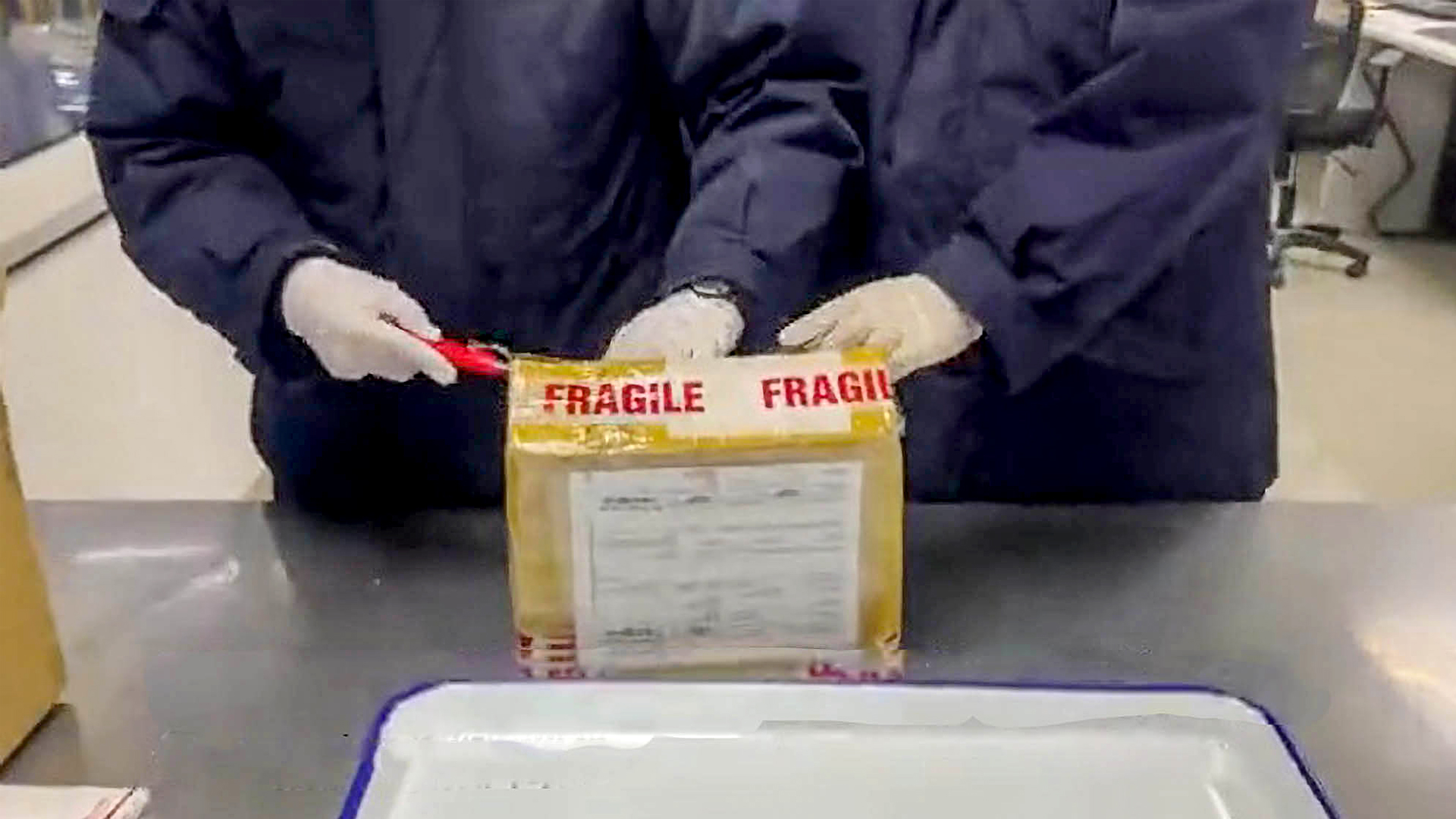 SHANGHAI, China – The workers at the Shanghai customs post office were in for a weird surprise when they discovered 40 live ants hidden inside dental kits.

The X-ray scan image of an overseas package showed strange images so the staff of the post office decided to inspect it.

Upon inspection on Feb. 23, the staff found hundreds of live ants being smuggled into the country. As per country conditions for mailing in China, any type of live animal/insect/wildlife package is prohibited.

In a video shared by the customs post office, the box is opened where ants were still alive and moving inside hundreds of tiny individual containers designed to keep them alive.

The ants were the size of two centimeters and each insect was hidden in a miniature resin tube container with moist cotton inside and a vent hole at the mouth of the tube.

The declared package was disguised as “dental consumables” for smuggling the ants in the country. As per reports, the ants are generally smuggled illegally to be used as toys or for biological research.

Shanghai Customs revealed that the ant species is currently being identified in a laboratory.

Earlier this month five ministries and commissions, including China’s General Administration of Customs jointly issued the ‘Working Plan for Further Strengthening the Prevention and Control of Invasion of Foreign Species’.

Live animals that have not been quarantined and assessed may also carry diseases and once they escape and reproduce, they may end up driving out native species, seriously threatening the health and ecological safety of people.

Illegal wildlife trade involving the smuggling of wildlife has increased worldwide over the last two decades.

“Over this 17-year period, the total number of imported wildlife shipments denied clearance each year ranged from 27 in 1999 to 179 in 2006, with an annual average of 96 seizures. Seized wildlife from a total of 72 countries” as per research on trends of illegal wildlife trade.

Illegal wildlife trade can also result in alien species which may prove to be a danger to the existing eco-system.

“An additional conservation concern is the potential for the illegal trade to be a source of alien invasive species and diseases in regions receiving illicitly traded animals,” as per a research paper published by Conservation Letters. “Alternately, regulating the wildlife trade as a pathway for invasive species might unintentionally foster the illegal trade in wildlife.”

The illegal package found by the Shanghai customs post office has been handed over to relevant departments for destruction.