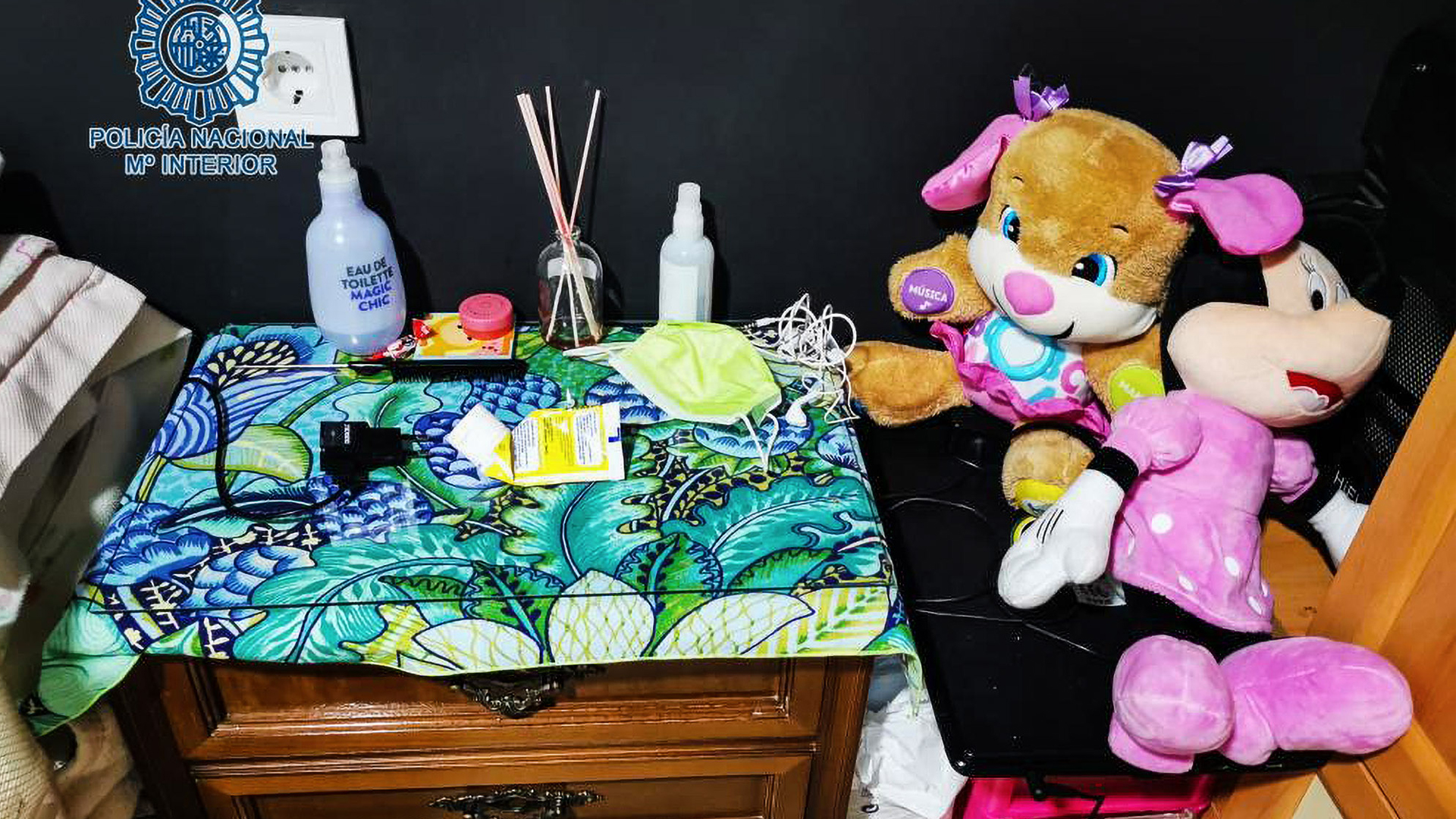 Items found at the scene during the arrest of mother whose baby consumed hashish. (Newsflash)

DOS HERMANAS, Spain – The mother of a 15-month-old girl was arrested after her daughter reportedly swallowed her hashish stash and needed hospital treatment in the southern Spanish region of Andalusia.

The 31-year-old mother was arrested in the city of Dos Hermanas. The woman (name not disclosed) said she left the toddler in the care of a pal in a park when the youngster swallowed a piece of plastic. However, it was later revealed that the tot had swallowed a chunk of hashish at home, according to the local authorities.

The police were alerted to the incident when the toddler was rushed to a hospital.

The mother was interviewed by the police’s Family and Women’s Unit and told them that she left her daughter in the care of a family friend at a park when she swallowed a piece of plastic.After interviewing the medics who treated the young girl, the mother and the family pal, the police found that the women’s statements did not add up.

The police said that the investigation revealed that they were both habitual cannabis users and the toddler had ingested a chunk of hashish while playing at home.

The woman was charged for the crimes of injury and omission of the duties inherent to parental authority. The investigation is ongoing.

“The objective of this review is to analyze factors associated with cannabis use during pregnancy and assess the potential effects of prenatal exposure to cannabis on the development of the fetus and the mental health of those exposed,” the report stated.

As per the European Monitoring Centre for Drugs and Drug Addiction, 26.3 percent of all Europeans have tried cannabis throughout their lives and 7.2 percent have used it in the last year, with a prevalence of use at 14.1 percent among young adults between 18 and 35 years.

“The strategy’s objectives include delaying the age at first contact with dependence-producing substances and behaviors, reducing their availability and prevalence, and reducing associated harms,” states a report by European Monitoring Centre For Drug Addiction.

«Previous Post
Getting On Fin With The Neighbors Relaxed Dolphins Make Friends With Locals »Next Post
VIDEO: Protests Break Out In Madrid After Controversial Arrest Of Spanish Rapper