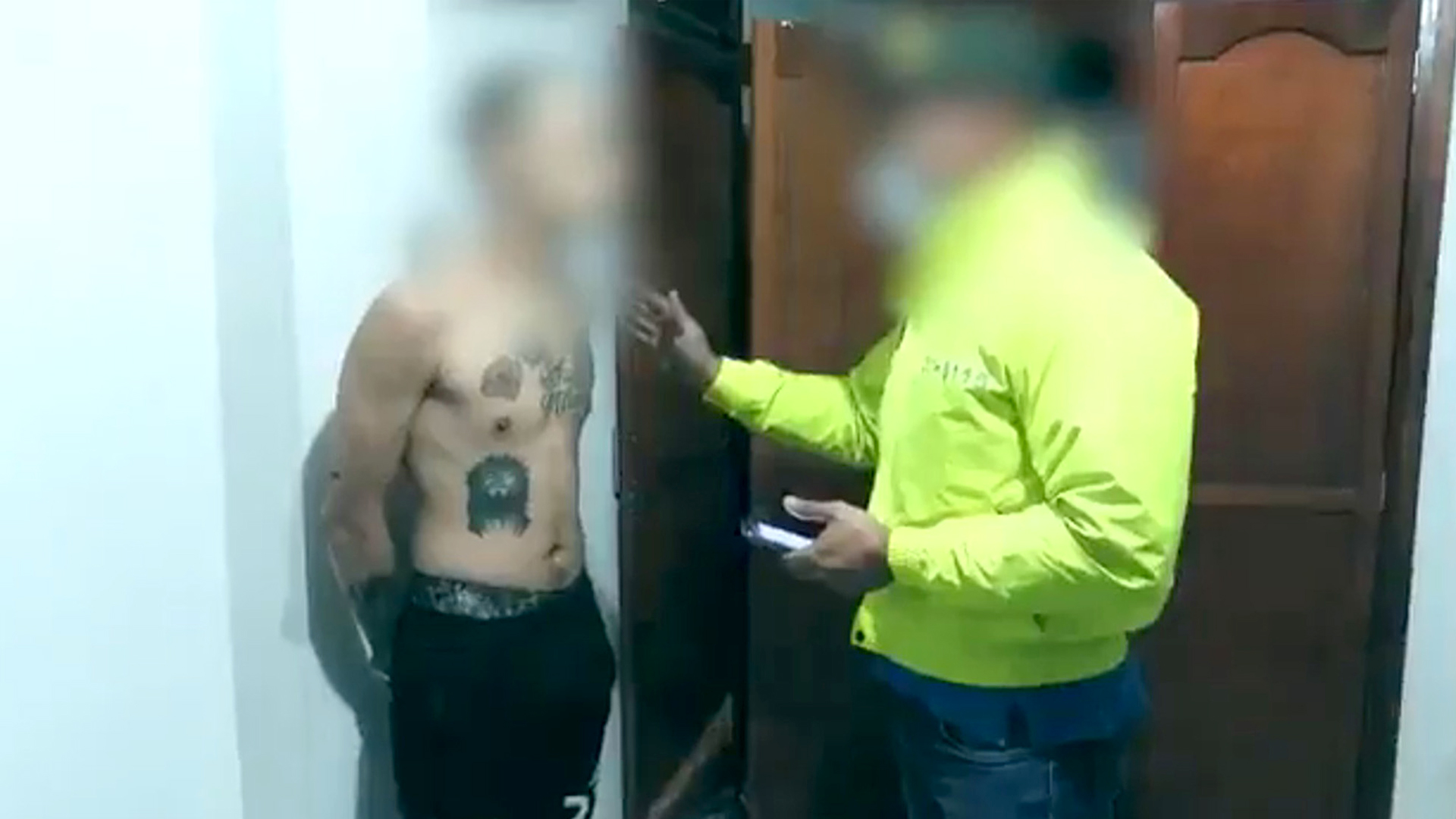 Police arrested Yostin responsible for the homicide of a National Police Patrolman. (PoliciaMedellin/Newsfalsh)

CARTAGENA, Colombia – The police arrested a teenage boy suspected of gunning down a hero cop who tried to stop him and a fellow gang member from mugging a woman in the city of Cartagena in the Colombian department of Bolivar on Feb. 21.

The arrest comes a month after police officer Mario Andres Vallejo Pelaez, 38, was fatally shot while attempting to stop the two suspects from mugging a woman in the neighborhood of Guayabal in the city of Medellin.

Officer Vallejo was in the area with his partner when he witnessed the crime. The muggers fled the scene but were chased by the officers when one of the suspects fatally shot the brave cop three times.

He was taken to hospital but died shortly afterward as a result of his injuries. He worked for the police force for 17 years and is survived by a 13-year-old son.

“We send our condolences to his family,” said Daniel Quintero, mayor, Medellin. “We are going to do everything in our power to capture the killer. We are offering COP $27,375 (GBP 19,627) for information regarding the killing.”

News of his death caused outrage among the authorities.

“We condemn the assassination of Mario Vallejo, an officer who was protecting a citizen from harm,” Quintero said.

The police were able to identify an 18-year-old suspect identified by his alias ‘Yostin’. He is believed to be the coordinator of a crime group called ‘La Raya’, which translates to ‘The Stripe’ or ‘The Line’.

La Raya controls the Guayabal neighborhood where they specialize in drug trafficking, planned assassinations, and theft, as per the authorities.

The police conducted an estimated 80 raids across several cities resulting in numerous arrests of alleged gang members before they finally found Yostin hiding out 400 miles from where the murder happened.

The authorities believe he managed to leave the city without being detected by dressing as a woman and hiding in a cargo truck that took him to Cartagena.

“Yostin was making arrangements to leave for Mexico when we caught him,” said Pablo Ruiz, Aburra Valley Metropolitan Police General.

Yostin hails from a family of crime and his father Wilson de Jesus Rios Lopez, 49, alias ‘Mono Pepe’, is wanted by the police on numerous charges including drug trafficking and kidnapping.

Yostin’s brother, identified as ‘The Russian’, is believed to be a former head of the San Gabriel gang and is currently behind bars for gang-related activity.

The 18-year-old is under custody awaiting charges of homicide, trafficking, and possession of an illegal firearm and the investigation continues.

As per a report by Overseas Security Advisory Council, Bogotá is a high-threat location, and Cartagena as a medium-threat location for crime directed at or affecting official U.S. government interests.

“Bogotá and other large cities in Colombia share many of the same crime problems that plague large cities around the world,” states the report. “The perception of wealth is a primary reason criminals target U.S. and other foreign nationals. On a daily basis, the most prevalent threat to travelers is street crime.”

The most common types of crime include mugging, assault, cell phone theft, credit card fraud, and burglary. Criminals commonly use knives and firearms.

«Previous Post
VIDEO: Dog Learns To Walk Again After Cruel Driver Runs It Over In Street»Next Post
Archeologists Discover One Of The Oldest Unknown Species In Argentina