Popcorn With Zenger: ‘Tom & Jerry’ Fails To Understand Its Audience

The movie is a tired retread. Stick with the Hanna-Barbera originals.
By Jacob Smith March 3, 2021
Facebook
Twitter
Linkedin
Email 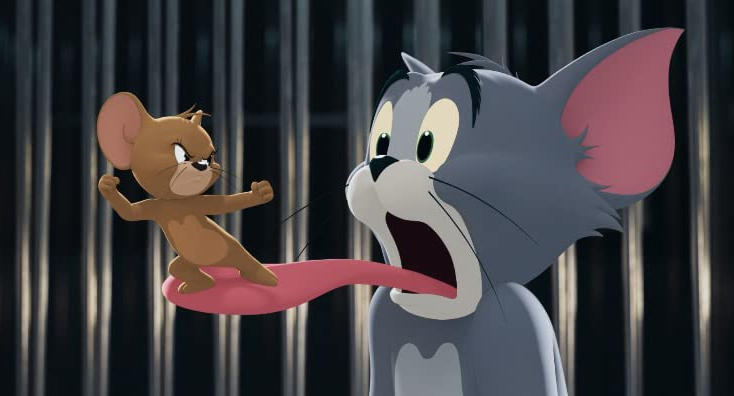 While the 2021 “Tom & Jerry” movie has strong visual-effects and offers family entertainment, it falls short in the storytelling and animation style. (Frame courtesy of Warner Bros Pictures)

Warner Bros. Pictures’ latest content for HBO Max, its streaming service, is baffling. With the majority of its old cartoon catalog available on the platform, the decision to create a modern-day, live-action/animated hybrid of a 1940s William Hanna and Joseph Barbera cartoon begs the question: Who is the target audience?

Children? Kids won’t recognize a single reference to the original series. They have no emotional attachment to the franchise.

Adults? Audiences old enough to remember the original “Tom & Jerry cartoons” are likely old to seek out a “Tom & Jerry” film in 2021.

Parents? The people who want to know if this is a good movie for their children just hope it can keep their kids entertained for a few hours. The quality of the film is meaningless to them.

There are various segments to this niche audience, and it only takes seconds to realize “Tom & Jerry” (2021) doesn’t satisfy any of them.

The Rundown: Set in modern-day Manhattan, “Tom & Jerry” stars two leads, a cartoon cat and mouse living in the real world. The film is a reboot of the origin story of how the duo became rivals. One day in the city, Jerry becomes the unwanted guest at a five-star hotel and causes problems for a young employee, Kayla Forester (Chloë Grace Moretz). Trying to keep her job, Kayla enlists Tom to get rid of Jerry.

Separately, a young engaged couple brings their own chaos in the form of a dog named Spike. The colorful cast of characters provides maximum high jinks in a free-for-all that will only leave one man, woman, cat or dog standing.

Bright Spots: The only group that deserves credit for its hard work is the visual-effects company Framestore, which innovated 3D technology with 2D animation techniques to bring the main animated characters to life. Framestore made an effort to match the look, feel and spirit of the 1940s cartoons.

The sole upside of the film is that it offers quasi-family entertainment. The humor and style of slapstick comedy should appeal to children — particularly if they enjoy watching cartoon animals hurt each other in wacky fashion.

Weak Spots: “Tom & Jerry” (2021) is a creative disaster on every level. The opening segment presents animated penguins, which have no bearing on the main story, rapping to a ’90s hip-hop song by A Tribe Called Quest. It is a cringe-inducing opening that confuses everyone — and the film never recovers.

Plus, the animation style never feels believable with its real-life actors. The film attempts to lessen the quality of its set design to balance its animation. This artistic decision only serves to make the real-world setting less credible than the three-foot cartoon figures standing in front of it.

The film doesn’t do itself any favors by focusing on the human characters, rather than its cartoon leads. None of the actors are strong enough performers to carry the movie alone.

The Takeaway: The new “Tom & Jerry” live-action film doesn’t do fans or its target demographic any justice. Warner Bros. fails to have either a definitive marketing plan or a consistent contextual foundation.

One thing is certain: If this is the best-animated effort Warner Bros. can produce in 2021, then it may be time to worry about “Space Jam 2” this summer.

See or Skip: Better to watch the old “Tom & Jerry” cartoons on HBO Max with your family, as this incarnation offers nothing new.