The Israeli prime minister’s “longstanding personal connection” with his U.S. counterpart has shifted. 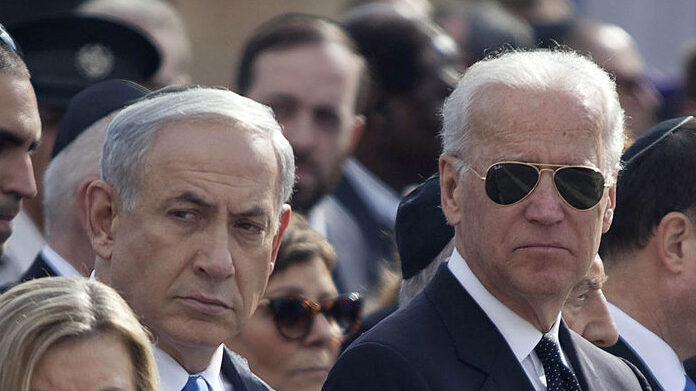 The pair’s relationship dates back to the 1980s, when then-Sen. Biden (D-Del.) was serving on the Senate Foreign Relations Committee and Netanyahu, now the country’s longest-serving prime minister, was working in Israel’s Washington, D.C. embassy. Over the years, the two rose through the political ranks to become world leaders and developed good relations, but their dynamic has changed.

After nearly a month in office and following calls to more than a dozen other world leaders, Biden called Netanyahu, a delay that raised questions.

“Netanyahu called Trump ‘the greatest friend Israel has ever had in the White House,’ and soon after taking Biden’s call, he eulogized the right-wing radio talk-show host, Rush Limbaugh, who denied that Biden had won the election. Netanyahu even had a settlement in the Golan Heights named ‘Trump Heights,’” James Gelvin, UCLA professor and author of “The Modern Middle East: A History,” told Zenger News.

“I wouldn’t be surprised if, after Biden finishes his term and writes his memoir, the term most people will use to describe Biden’s attitude toward Netanyahu will be ‘loathe,’” he said.

Biden’s delay in contacting Netanyahu may have been an indication that Israel is not a top priority for his administration, according to Gelvin.

“The wait was undoubtedly to let Netanyahu know the Israeli tail would no longer wag the American dog, as it did during the Trump administration,” he said. “Although using the word ‘warm’ to describe the Biden-Netanyahu relationship is untrue, this description was to the benefit of both parties.”

Biden has been a staunch supporter of Israel throughout his political career. However, Netanyahu has moved further to the right in the past 10 to 15 years and has undermined the two-state solution, which Biden supports, by expanding Israeli sovereignty over Palestinian territories.

“Netanyahu delayed his congratulations of Biden as if waiting to see if election results could be overturned and Trump could be installed as president. Biden also responded and called Netanyahu nearly a month after he became the president,” Dr. M. A. Muqtedar Khan, professor of Islam and Global Affairs at the University of Delaware, told Zenger News.

“All of this indicates that in spite of his support for Israel, in spite of the fact that some of his administration members are seen as being pro-Israel, the relationship between Biden and Netanyahu may not really improve, because Biden does wish to provide some relief to the Palestinians, while Netanyahu doesn’t want to give away an inch.”

Some foreign-policy experts also claim the “longstanding personal connection” between Biden and Netanyahu is a sham. In 2010, Netanyahu announced new settlement construction in the occupied West Bank while then-Vice President Biden was visiting Israel in an attempt to restart Israeli-Palestinian negotiations.

“The move was intended to embarrass the Obama administration. In 2015, Netanyahu spoke before a joint session of Congress to undermine support for the Iran nuclear deal, a centerpiece of American policy in the region,” Gelvin said.

Due to the policy differences between the Biden administration and the Israeli government, the relationship between the U.S. and Israel may not be as harmonious as it was during the last four years. The leaders of the two nations must therefore decide how their relationship will evolve in the present political climate.

“On the policy level, there will be significant differences on the issue of Iran’s nuclear program and also the Israeli-Palestinian conflict between the two countries,” Dov Waxman, director of the Y&S Nazarian Center for Israel Studies, told Zenger News.

“Biden and Netanyahu see each other as friends, as Biden supports Israel. But friends with significant differences of opinions, significant disagreements. They have to kind of navigate this friendship while unpacking their differences when it comes to handling Iran’s nuclear program or what to do in regard to the Palestinians.”

The duo is likely to publicly project a good relationship and to tackle their disagreements in private, experts say.

“Unlike Trump, Biden doesn’t personalize diplomacy, so whatever his personal feelings, Biden will soldier on to achieve his foreign-policy agenda. That agenda includes bringing the United States back into the Iran nuclear deal, rebuilding America’s relationship with the Palestinians and, eventually, resuming talks that would lead to a two-state solution. It is an agenda that puts the United States and Israel on a collision course,” Gelvin said.

An earlier version of this story misspelled the first name of Dov Waxman. His name is Dov, not Dox. Zenger regrets this error.