A combination of poblano peppers, cream, corn kernels and chicken can be a tasty side dish.
By Vanessa Sam and Christian Valera Rebolledo March 3, 2021
Facebook
Twitter
Linkedin
Email 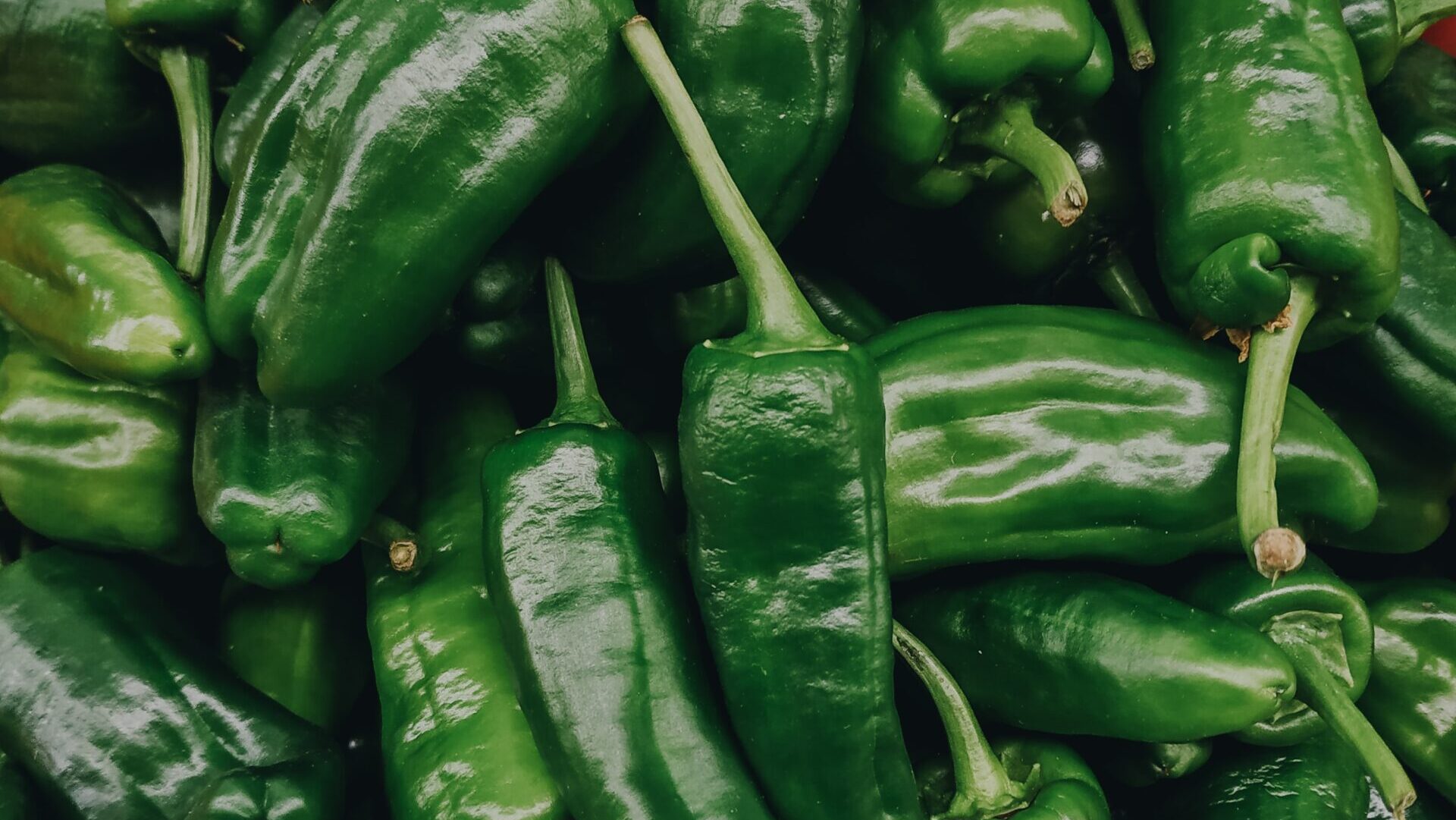 The poblano pepper is essential in Mexican cuisine. Diners in this country enjoy it with cream in tacos or quesadillas. (Peter Plashkin/Unsplash)

Mexico has a large variety of peppers. Cooks can choose between the jalapeño, agua, habanero, chilpaya or poblano, among more than 50 different types.

One of the most sought-after is the poblano pepper. There are many ways to prepare it. Rajas, which means “slices” in Spanish, is one of the most popular dishes based on it.

“Poblano rajas is an authentic dish of Mexican cuisine. Its flavor is special. It is, to some extent, simple to prepare. The ingredients are easy to get in any greengrocer or supermarket [in Mexico],” said Fernando Torres Ramos, a gastronomy graduate from the Mexican University.

Some people believe that the origin of this dish could be the city of Puebla. However, today Mexicans enjoy it anywhere, especially in the central and southern areas of the country.

During colonial times, Mexico’s convents prepared their meals in wood stoves, mixing European ingredients with local supplies. Convents were thus the birthplace of a hybrid cuisine. Rajas combine peppers from Mexico with cream or milk from Spain.

Mexicans enjoy rajas as a side dish to main courses, filling for tacos de canasta (tacos in a basket) or in quesadillas.

“Rajas reminds me of my childhood,” said Rosario Oropeza Chávez, who is 85. “I haven’t cooked the dish in a long time, but my oldest daughter loves to make it.”

“The star ingredient is the poblano pepper, but this is not the only dish that one can make with it,” she said. “I also know a recipe that calls for squash blossom, chicken and even guacamole.”

1 can of yellow corn

“To seed the chili peppers, I recommend using a thin knife and cutting around the stem to remove completely the flesh attached to the seeds,” he said. “After that, continue with the tatemado.”

Tatemar is a traditional Mexican roasting technique that involves burning the peppers over medium-high heat, although some use high heat to speed up the procedure. Afterward, contemporary cooks let the peppers “sweat” inside a plastic bag before peeling and slicing them into rajas.

“There is no formal rule on how to cut the slices,” said the chef, although they are usually long and narrow. “Fry the onions over low heat in butter without burning them. Don’t rush. From there, mix in the rajas. If you decide to use chicken, this is the moment to add it cooked and shredded. Add the can of yellow corn too.”

“It is vital to make sure that the rajas fry but not burn. If they do, the dish will turn bitter, and that will not be cool at all,” said Torres Ramos. “Finally, add half-and-half. If you see that it is too thick, you can add a bit of milk. To season the dish, use some powdered chicken stock.”

«Previous Post
La frontera ofrece un platillo único: la chimichanga»Next Post
From The Streets To The Stage, The History Of Rap In Mexico