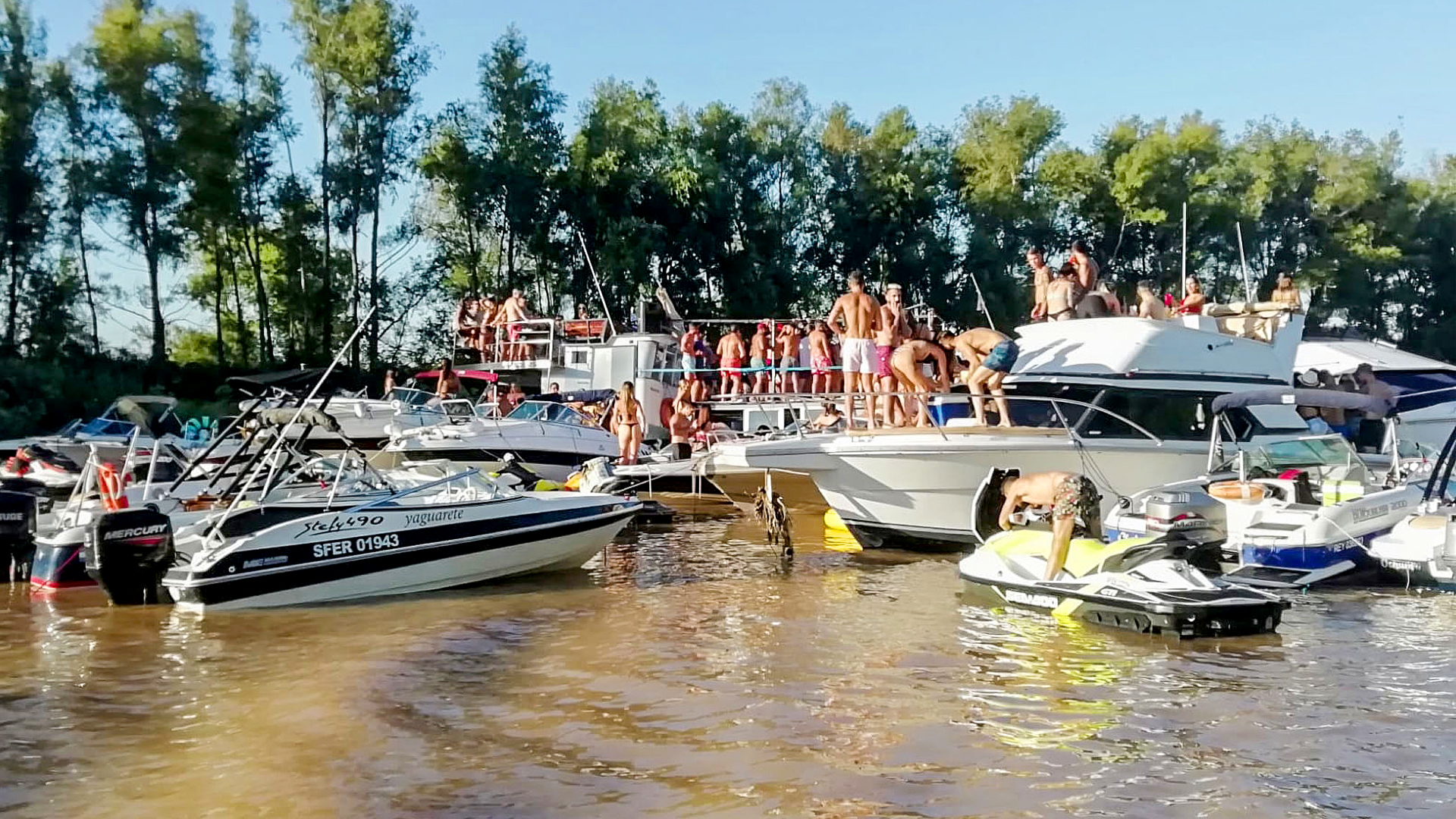 Authorities approach a party on boats with significant number of people on board not respecting social distancing rules on the Arroyo Anguilas river. (Newsflash)

The video footage shows a large crowd gathered on a group of boats around a yacht with no social distancing norms or any Covid-19 restrictions being followed. All the youngsters were in swimwear dancing to music on the boats as the coast guards pull up.

The incident took place on the Arroyo Anguila river delta in the city of San Isidro in Buenos Aires.

“We dismantled a clandestine party in San Isidro,” read the tweet of Prefectura Naval Argentina, the organization responsible for maritime security. “There was a yacht with 14 people on board. The crew members did not respect social distance and the boat had expired safety elements for navigation.”

“The coast guard was carrying out a ‘Safe Summer’ operation involving intense coastal patrols to enforce pandemic regulations over the weekends,” reads a statement of Argentine Naval Prefecture.

The intense patrolling carried out by the Coast Guard has put 14 people under grave punishment.

“The boats dispersed but the yacht’s crew refused to cooperate,” said an official.

The authorities reported the coast-guards, semi-rigid boats and jet skis with personnel to stop the party. Even after multiple orders by the authorities, the yacht’s crew refused to cooperate. Hence, Federal Court of First Instance of San Isidro had to look into the matter.It was revealed through investigations that in addition to not following any Covid-19 guidelines and social distancing norms, there were more than the maximum capacity allowed for the boat, the registration had expired, the fire extinguishers were out of date, and there were no flares on board.

Notices were issued for the infractions and the party was dispersed.

The Argentine Naval Prefecture has continued to increase its efforts to control sport boats and provide safety for navigation. Along with that, the Prefecture has spread awareness amongst the masses about the measures adopted by the government.

To foster the safety of the masses, the Prefecture Naval Argentina takes preventive measures and provides all the operational means necessary to fulfill its commitment. With the preservation of life at sea, the institution collaborates with maritime sports events conducted in the waters.