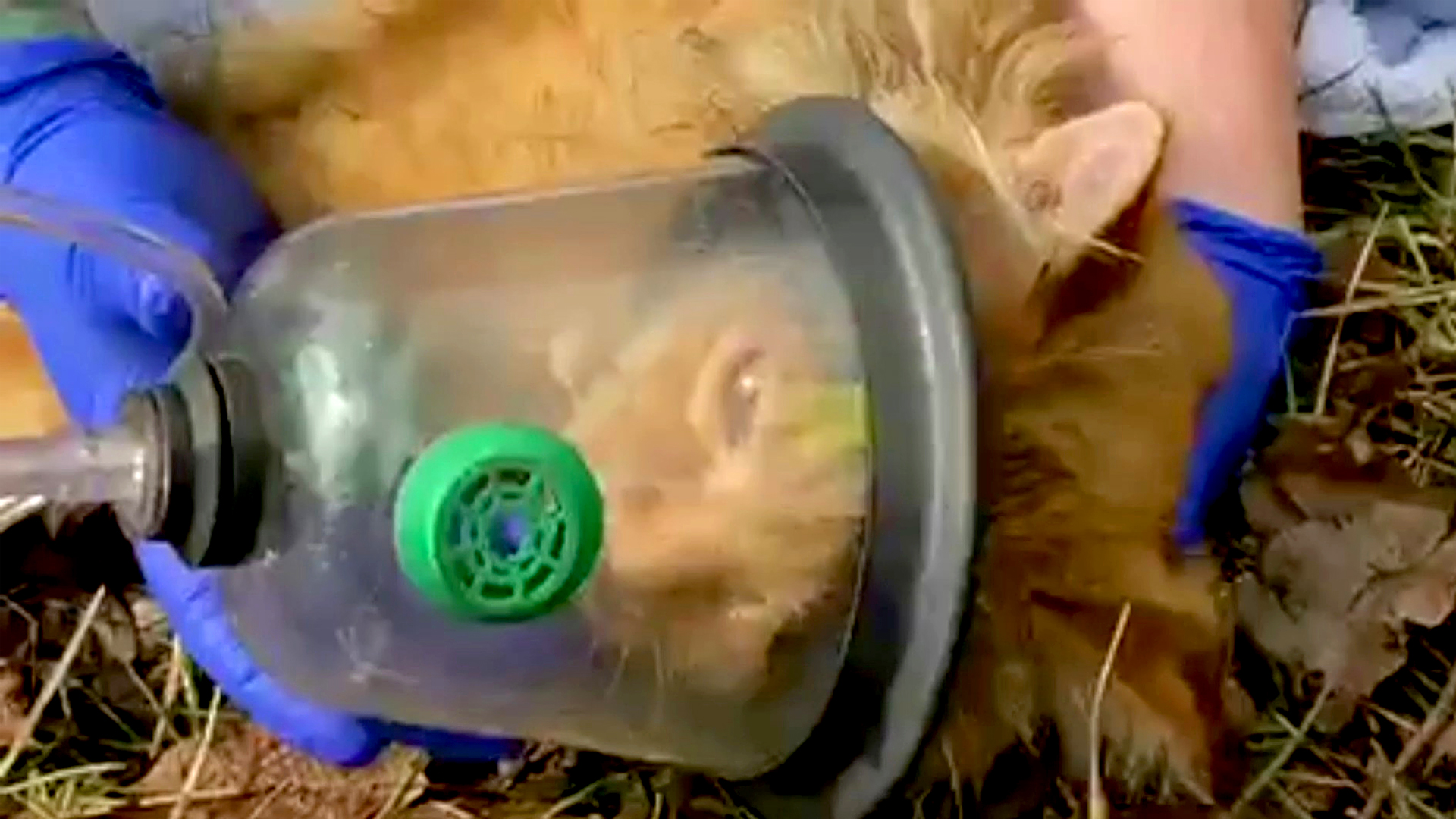 Fireteams rescued a cat during the fire at English Avenue in Indianapolis. (indianapolisfiredepartment/Clipzilla1)

INDIANAPOLIS, USA – An Indiana fireman managed to save one of the nine cats that was believed to be dead following a house fire that destroyed a building in Indianapolis.

In the video footage that was retrieved, the fireman from Indianapolis Fire Department, tackled the blaze while one fireman was desperately trying to revive the cat using oxygen.

The cause of the fire is under investigation.

While the cat named Fluffy was successfully revived after the use of the oxygen mask, three other cats were confirmed to have lost their lives in the incident and five have not been found yet.

There have been assumptions that they merely fled from the scene out of panic and cannot be discovered among the debris.

The fireman also rescued the elderly owner of the property who remains in critical condition at the hospital.

The Indianapolis Fire Department is the founding member of one of the 28 FEMA Urban Search and Rescue Task Force. Indiana Task Force 1 is made up of members of multiple fire departments in Marion County.

As per the reports of the National Fire Protection Association, there are up to 400,000 house fires every year in the United States.

In about 42 percent of all reported house fire incidents, the fire started in the kitchen, most often from unsupervised heated stoves.

Smoking, Christmas trees, heaters, and other electrical appliances are some of the other most common causes of house fires.

Moreover, approximately 18,000 house fires are caused by candles each year.

As per the report, residential is the leading property type for fire deaths (75.0 percent), fire injuries (77.1 percent), and fire dollar loss (43.3 percent). It has been also seen that in the US African American males (21.6) and American Indian males (17.2) have the highest fire death rates per million population.

Apart from people suffering major material loss, injuries, and even their lives, about 40,000 pets die in residential fires each year, most from smoke inhalation, and 500,000 pets are affected overall.