VIDEO: Feeling Wuff: The Dog Who Trapped His Head Between Boulders For 24 Hours 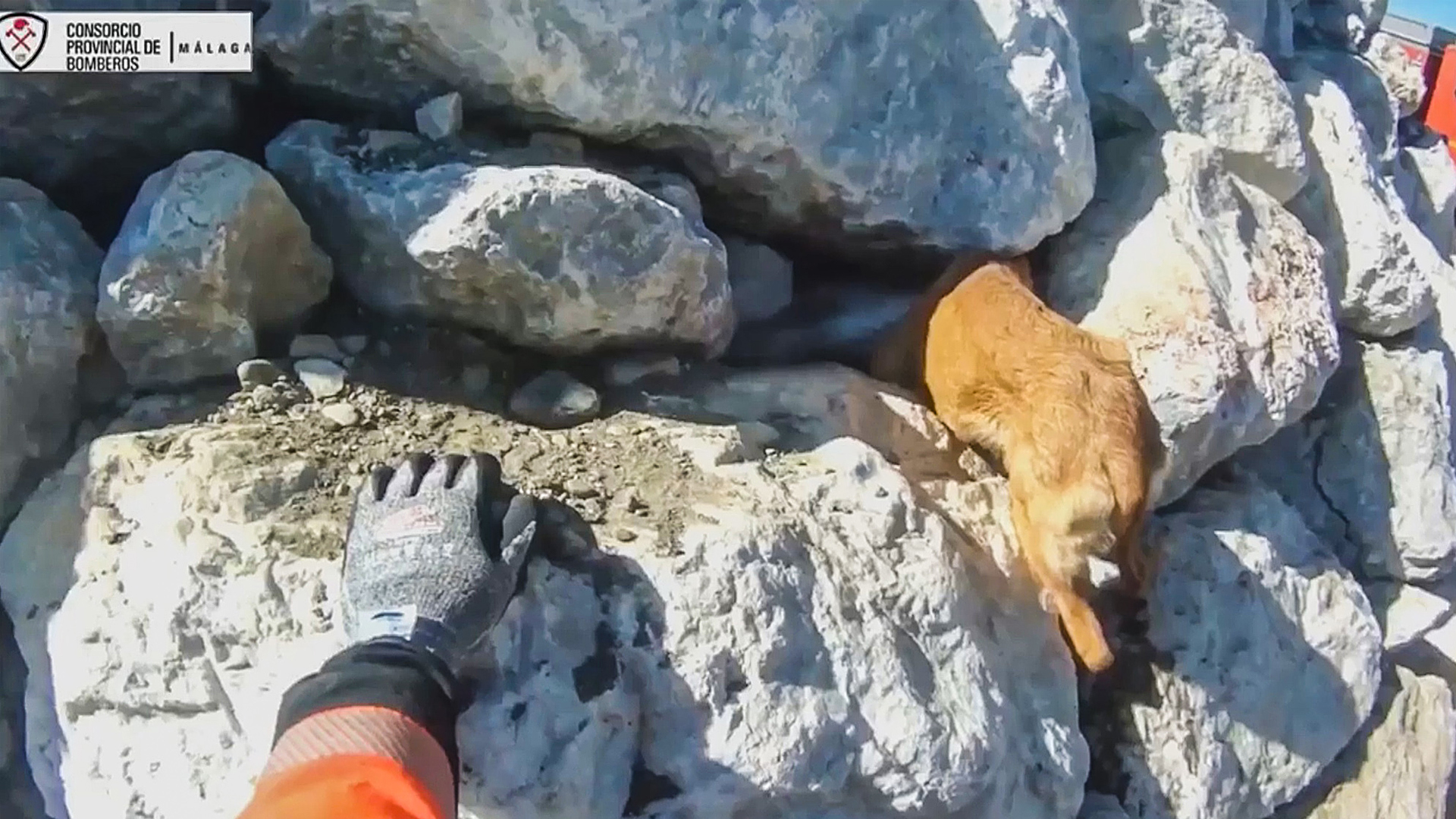 The rescue of the dog on a beach in Malaga, Spain. (@cpbmalaga/Newsflash)

PIZARRA, Spain — The members of the Malaga Fire Department rescued a dog that was trapped between large boulders for 24 hours while searching for food on a Spanish beach.

The incident was filmed at a beach in the town of Pizarra in the province of Malaga in the Spanish autonomous community of Andalusia on Feb 22.

The firefighters were contacted by concerned citizens who became aware of the dog’s predicament after hearing it barking while frantically trying to free itself.

“The animal might have been trapped in the large boulders for 24 hours before it was rescued,” said Antonio Moreno, a Malaga firefighter.

Local media said the canine was stuck while searching for food in the area.

Antonio notified that the canine did not stick around for very long. Later it ran off while the firemen tried to give some water. It was unclear that whether the dog was a stray or if it had an owner.

Reportedly, the dog remained very calm during the rescue operation. It was in good health when it was helped out of the boulders.A report titled “The effects of domestic dogs as a disturbance agent on the natural environment” states that the local government recognizes some areas in their jurisdiction not appropriate for dog walking, either on or off-leash, including some beaches and urban natural areas in council reserves.

“If these have been set aside for wildlife habitat, is it not appropriate to develop trails through them which would attract dog walkers, mountain bikers, and trail bikes,” it notes.

Humans and dogs have always shared a profound connection, rivaling any other domestic animals.

Another report focuses on the human dimension of dog — wildlife interaction, which constitutes what, and what is often referred to as human-wildlife conflict.

“Environmental and wildlife management issues almost always arise because of competing human interests and values. If not well understood, even the best ecological and biological science may not provide adequate solutions,” it notes.

The field of human dimension has been defined as “how people value wildlife, how they want wildlife to be managed or how they affect or are affected by wildlife management decisions”.

«Previous Post
Cannibal Farm: The Horrifying Livestock Sheds Where Pigs Eat Each Other»Next Post
From The Streets To Our Homes: Animal Rescuers In Mexico