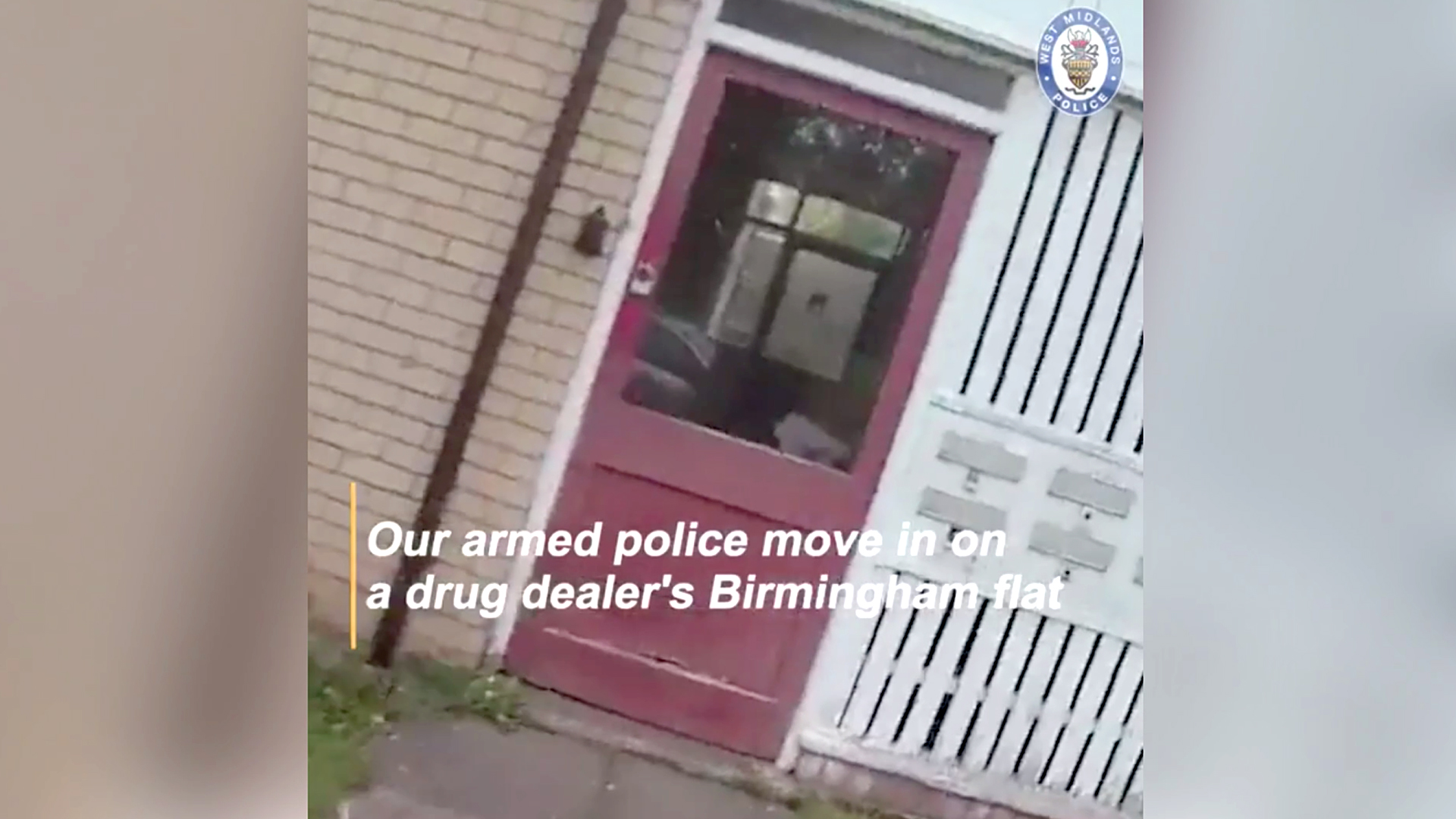 Drug dealers were greeted with armed police poised to raid them in Bartley Green in South West Birmingham. (westmidlandspolice/ Clipzilla)

BIRMINGHAM, England – Two drug dealers got an unpleasant surprise when they were met by armed officers just as they opened the door to head out of their apartment in Birmingham, West Midlands.

The arrested duo are identified as Wesley Carter, 39, and Keelan Simpson, 24, after which their flat was searched.

The officers were dispatched to the location after receiving a call where they were informed about these two men who were allegedly in possession of firearms.

“They certainly got a shock when they opened the flat door,” said Detective Sergeant Dan Tang from the West Midlands Regional Organized Crime Unit. “Maybe, they’d heard footsteps and had expected to find a customer. They couldn’t have been more wrong.”

As the officers approached the apartment, arriving at the scene where the suspects were in, the two men who were apparently just about to head out, opened the door themselves and were stunned by the unexpected sight of officers pointing their guns at them.

Officers discovered three revolvers and a black handgun, nearly 80 rounds of ammunition, around half a kilo of cocaine worth approximately GBP 19,000 ($26,871) and a 50-plant cannabis farm.

Lead shot, casings, ammunition making equipment and a printed guide on how to make bullets were also seized.

After reviewing footage from security cameras in the area, officers saw Carter carrying the bag of cocaine out in public.

The Misuse of Drugs Act in the United Kingdom sets out three separate categories, Class A, Class B, and Class C. Class A drugs represent those deemed most dangerous, and so carry the harshest punishments.

In reality, the potential harm has little bearing on the class, which has led to dissatisfaction with drug laws.

In a statement by the West Midlands Police Department, it was understood that the detectives trawled CCTV in the area and found footage showing Carter, from Barn Piece in Quinton, carrying the bags in public. The pair were sentenced to jail for nine years and six months, and seven years and six months.

All the guns were test-fired by ballistics experts and examined; none of them were linked to any recorded shootings in the West Midlands.