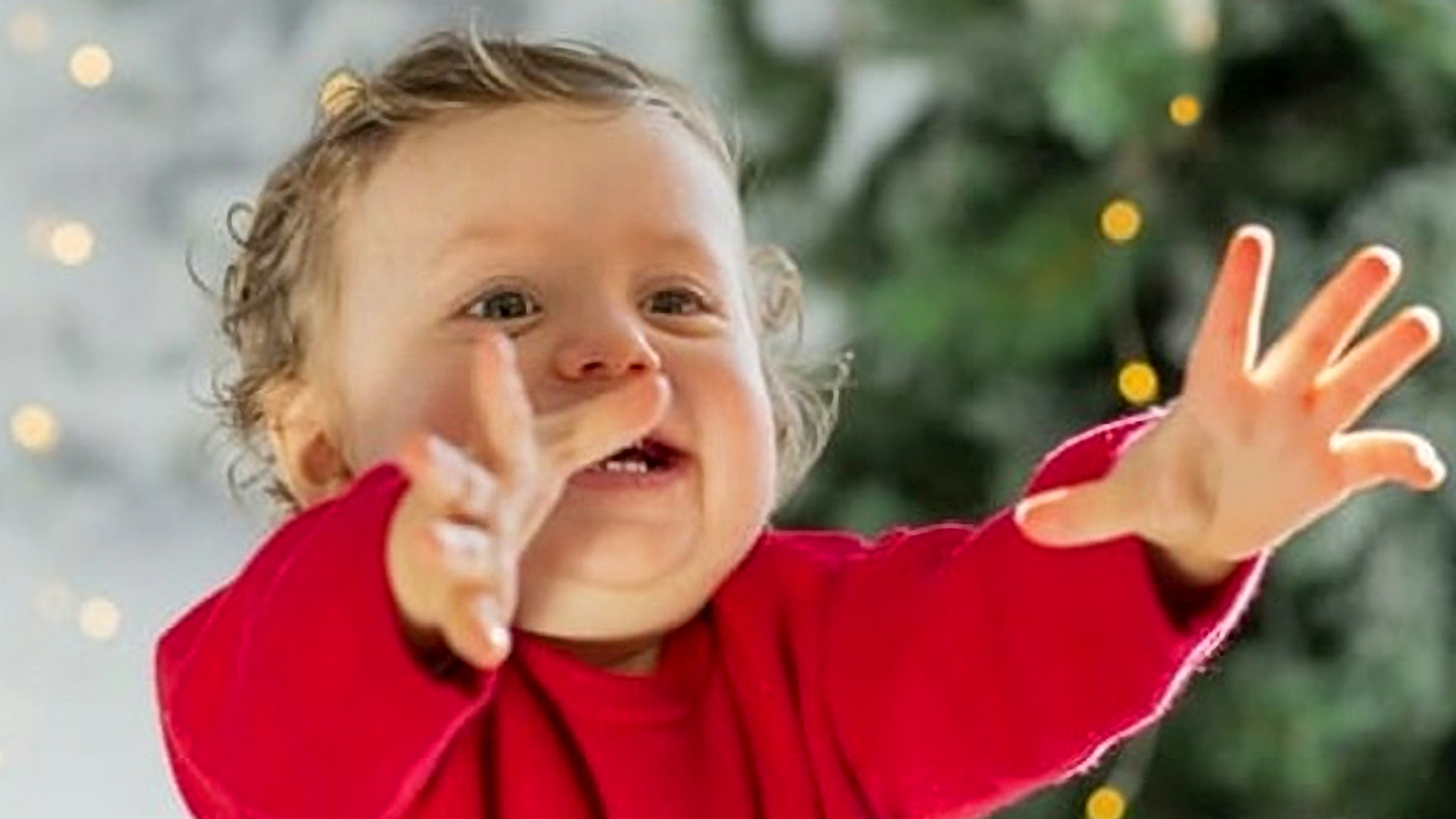 Hugo Dato before being wrongfully diagnosed during the first wave of the Covid-19 pandemic in Spain. (@hugo_cree_en_ti/Real Press)

The incident happened at a time when Spain had just entered into its first lockdown and the global pandemic was announced.

At this time the lockdown restricted access to the local hospital. Born in the municipality of Cartagena, which is located in the Spanish region on Nov. 3, 2019, Hugo Dato was just four months old when he fell ill.

The baby started showing signs of fever, conjunctivitis, and redness of the skin.

“We called the family doctor and as they did not see him face to face due to the spike in coronavirus cases, Hugo was diagnosed with coronavirus and had a prescription with medication for his fever and a solution for his eyes,” said Hugo’s father Jose Maria Dato Cano.

The doctor recommended his father not to visit the health care and emergencies at the hospital as they were overburdened with Covid-19 patients.

As Hugo’s symptoms did not improve, his parents took him to a private clinic where he was confirmed to be infected with a virus, but it was not clear if it was Covid-19 as tests for it were not readily available.

“At the time, there were no PCR tests,” said Cano.

The private doctor had prescribed him antibiotics which made him recover within 20 days. He went back to his normal and happy life. They “had all the checkups and vaccines” for their son.

However, Hugo’s heart suddenly stopped working in his mother’s arms on Dec. 27, 2020. He was rushed to Santa Lucia hospital in the port of Cartagena, where the doctors managed to get a pulse. Later, he was transferred to Virgen de la Arrixaca University Clinical Hospital in the city of Murcia.

On check-up, doctors found large aneurysms in Hugo’s heart which also led to his health problem at the age of four. The symptoms were caused by a rare illness called Kawasaki syndrome, which causes fever and inflammation of blood vessels throughout the body. This usually happens to children aged five and below.

Maria Jesus Hernandez Guirao, 33, the child’s mother explained that the boy could have been cured with a simple treatment, but the doctors did not detect it because they assumed it was Covid-19 or a simple virus.

His father explained that the time during which Hugo’s heart was stopped left severe brain damage and also required heart surgery.

“He does not cry, he does not interact with us, he looks at us a bit, but he does not react to anything,” said Hugo’s father.

After Hugo came back home; his parents looked for a private clinic that provided multidisciplinary treatment with physiotherapists, a speech therapist, child psychology and stimulation programs.

The family sells bracelets to collect money for Hugo’s treatment.

The parents said they are planning to sue the doctors and the hospitals, but it will be later as they are currently focused on Hugo’s immediate wellbeing.