Their Royal Fryness: How Medieval Kings Feasted On Bacon And Pork Butter 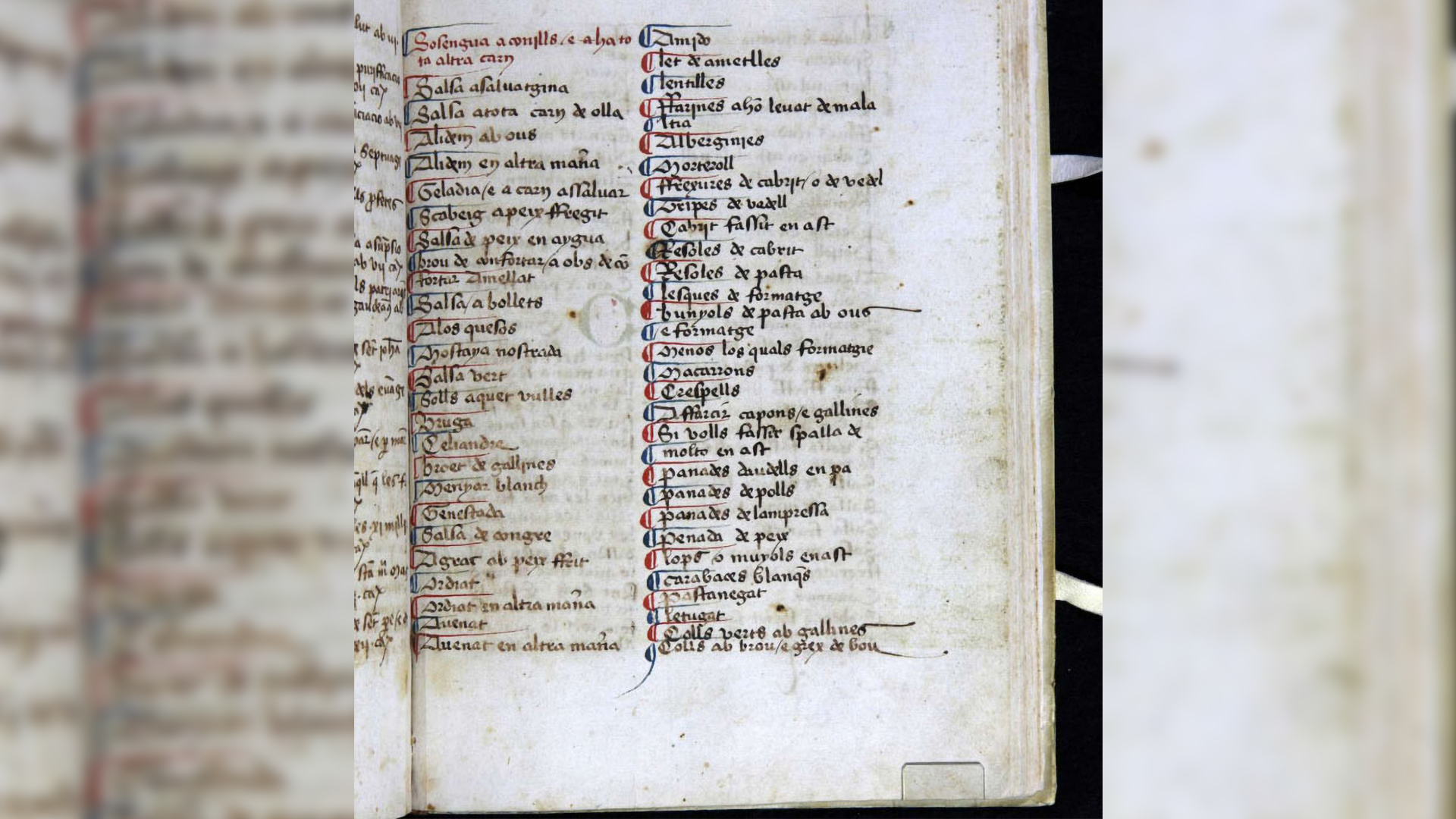 The first page of the book. (Univ.Valencia-Biblioteca H /Real Press)

VALENCIA, Spain – A 14th-century cookbook has revealed the lavish eating habits of kings and lords during the medieval period.

The book titled “Llibre de Sent Sovi” (the Book of Sent Sovi) is believed to be the oldest cookbook in Europe boasting Mediterranean and Spanish recipes.

The book includes all sorts of recipes, from the amount of animal fat used to all the problems the kings faced due to such a rich diet. The book further informs how ‘gout,’ was one of the most common health problems kings faced.

“The book contains recipes before the discovery of the Americas (1492) so some ingredients are missing, such as potatoes or tomatoes and its focus is primarily on the Mediterranean diet as it includes a lot of recipes with fish, vegetables and meat,” said Victoria Garcia, director of the Library Service of the University of Valencia.

It was written for the aristocracy in 1324, and has now been given in the form of a replica for its 520th birthday to the University of Valencia. Recipes with different choices of butter along with various kinds of meat like cows, goats, pigs, sheep and other animals were relished by the elites.

There was already a taste for Mediterranean food and high-class gastronomy back in the medieval era. The book shows the most important and luxurious recipes from a time when Europeans did not have access to potatoes or tomatoes from the Americas.

The recipes are located between pages 109 and 117 and were written using two different inks, blue and red, so the reader can see when one recipe ends and a new one begins. The book contains 70 different recipes in total.

The book is written in Valencia, a language that is very similar to modern-day Catalan. It was the official language of the Kingdom of Aragon at the time. The book is believed to be written by a chef working for the aristocracy.

The book has inspired contemporary chefs to create new recipes based on these historical ones.

Most of the recipes are for soups and sautés, prepared in a somewhat crude, rustic manner.

The book not only contains recipes, but it also claims instructions regarding how to cut and cook the various meats, as well as information about animal fats and vegetable fats. It also contains recipes for people struck by illness.

“The university has organized a day when one of the recipes will be cooked. They have selected the sweet fritter, also known as ‘bunuelos’, which are made with pumpkins, and is one of the most popular dishes in the region,” said Garcia.

The book ended up in the university after the Mendizabal expropriation, which took place in the 19th Century. It was one of many eras during which the government confiscated goods and properties from the Catholic Church.

The book was eventually sent to the university by a convent in Valencia in 1837.