The 28-year-old suspect, who police pursued by car and on foot, reportedly refused to put down his firearm.
By James King March 2, 2021
Facebook
Twitter
Linkedin
Email 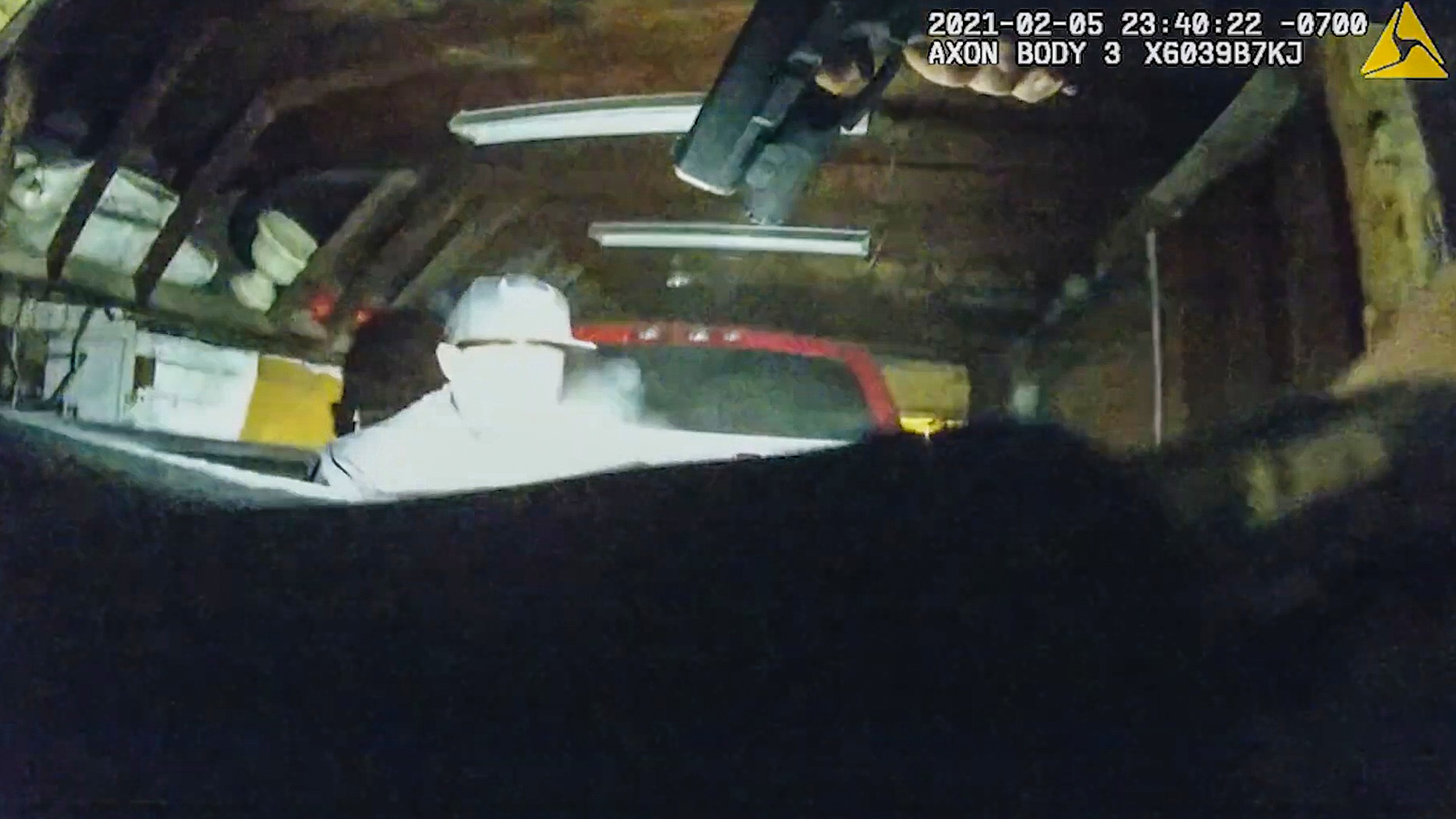 Police report shooting a sexual assault suspect after he raised a firearm at them. (Weber County Attorney/Clipzilla)

OGDEN, Utah — A man accused of sexual assault and robbery was shot dead by police after he raised his gun at them after a car chase and then pursuit on foot, police reported.

Police in Ogden, Utah, identified the suspect as 28-year-old Dino Raul Morales. Video released by the Weber County Attorney’s Office shows Morales hiding in the back of a pickup truck as police order him to drop his firearm on the night of Feb. 5.

Ogden Police Department officers were sent to the initial location after receiving a call from a woman who said that she had been sexually assaulted and robbed by an armed suspect who stole her car.

After they were given a detailed description of the suspect and the car he was driving, officers located Morales and attempted to stop him. Morales refused to stop his vehicle and led officers on a chase, which they ended shortly out of concern for public safety.

A few hours later, officers located the vehicle, which is when Morales got out and fled. Morales was eventually found hiding in the back of a truck parked inside a resident’s garage.

Officers saw that he was holding a firearm, according to police reports, and they ordered him several times to drop it. After Morales ignored the orders and apparently raised the firearm, they fired multiple shots, killing him.

“Neither of the officers were injured.”

Police said Morales was a felon and was among those on a firearms-restricted list.

The Officer-Involved Critical Incident Team of the Weber County Attorney’s Office is conducting an independent investigation.

The state of Utah’s violent crime rate is 2.35 per 1,000, well below national levels. Data shows Utah ranked 41st out of 50 states in the number of violent crimes reported in 2019.