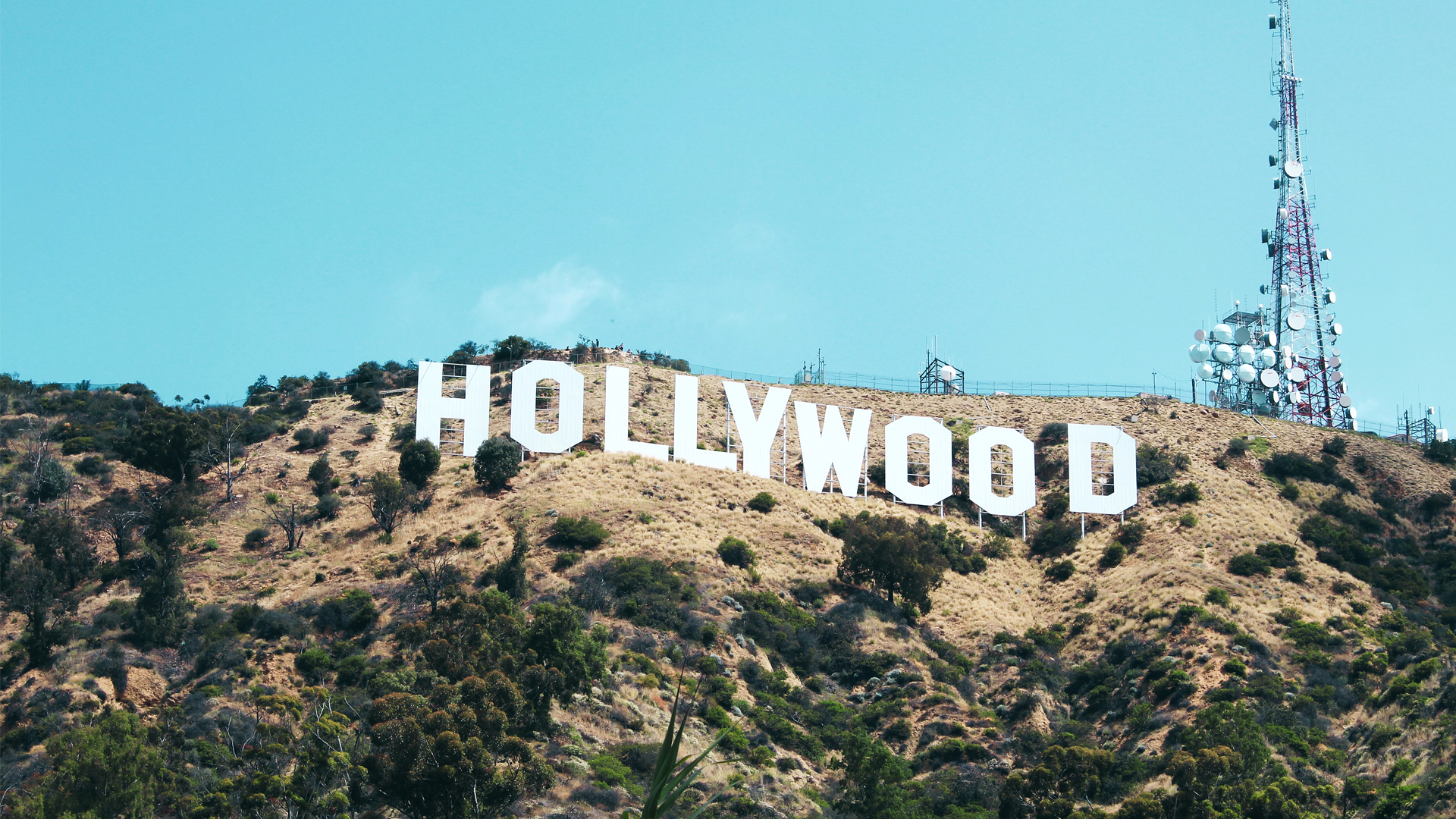 Hollywood released around 65 films in India in 2019 and earned $236 million. (Nathan DeFiesta/Unsplash)

MUMBAI, India — Bollywood is planning to stage a comeback with a slew of big releases over the next few months. This is good news for Hollywood as well, since India is a big market for films made in America.

The pandemic-related lockdown and closure of cinemas made 2020 one of the worst years for Bollywood, as the Hindi film industry based out of Mumbai is popularly known. “It made losses of INR 2,000 crore ($284 million),” said trade analyst Komal Nahta.

The government had allowed cinemas to reopen on Oct. 1, 2020 — but they could operate at only half the capacity. A few small-budget Hindi films such as “Ramprasad Ki Tehrvi” and “Suraj Pe Mangal Bhari” were released.

With Covid-19 numbers still going up, people stayed away from theaters.

This was a sharp contrast to 2019, which was Bollywood’s most profitable year in history. With 792 releases, it earned INR 4,400 crore ($624 million), as reported by Box Office India. 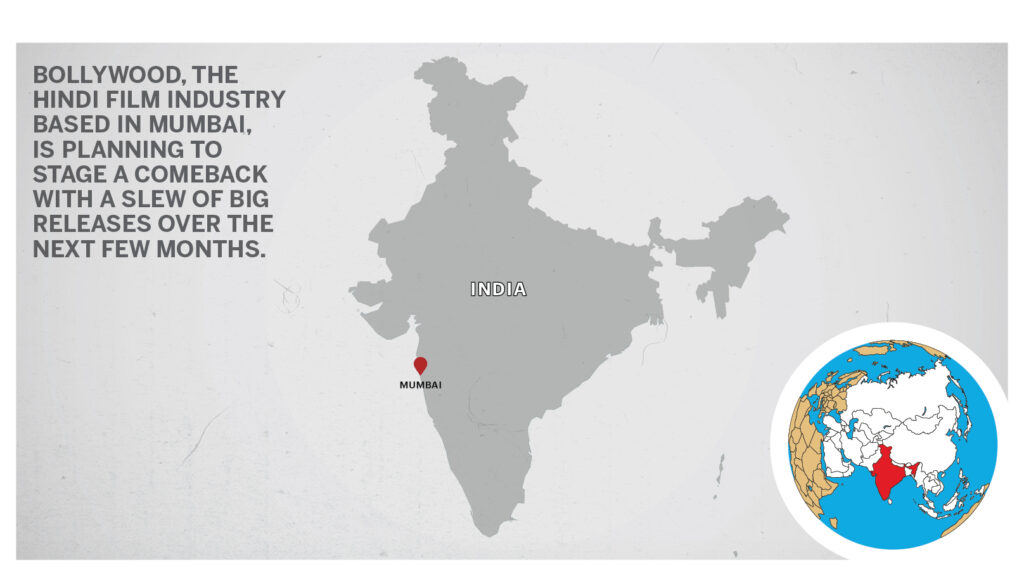 Hollywood also released around 65 films in India in 2019 and earned $236 million, an all-time high, according to Ormax Media’s Indian Box Office Report 2019. There was a growth of 30.5 percent in box office earnings. “Avengers: Endgame” was the highest-grossing Hollywood film, earning INR 373 crore ($50 million), while “Lion King” and “Frozen 2” also did good business.

Things are looking up again for both industries.

With India launching an ambitious vaccination program, the cinemas could reopen with full occupancy on Feb. 1. On March 1, Prime Minister Narendra Modi also took the vaccine and his government extended the program to all citizens above 60 years of age and those above 45 years with comorbidities.

“This year is going to be a fresh start for everyone,” producer Bhushan Kumar told Zenger News. “We are trying to attract audiences back.”

The first major release this year is “Roohi”, a horror comedy film starring Rajkummar Rao and Janhvi Kapoor, which is slated to release on March 11. This will be followed by “Mumbai Saga”, a crime thriller set in Mumbai’s underworld and starring John Abraham and Emran Hashmi. It will release on March 19.

Kumar’s production company, T-Series, is one of the financers of “Mumbai Saga”. Some other films it will release this year are “Jhund” and “Anek”.

Other marquee names of Bollywood who have films lined up are Salman Khan, Akshay Kumar, Ranveer Singh, and Ajay Devgn. And, some big films awaiting a release date are “Sooryavanshi”, “83”, and “Laal Singh Chaddha”.

“As more and more people are vaccinated, the fear of the virus will go away,” film exhibitor and distributor Akshaye Rathi told Zenger News.

“We are optimistic about the audiences returning to cinemas,” said Rathi, who is also a director at Vidharbha Exhibitors.

There are some concerns about whether the audiences will actually return, but trade analysts believe Bollywood will bounce back.

“People are taking precautions and flocking to restaurants,” Amod Mehra, a film trade analyst, told Zenger News. “Cinemas will be their next destination. The industry will beat all records at the box office.”

“The cinemas reopening is a sign that there is consumer demand,” said Monisha Advani, co-founder of Emmay Entertainment & Motion Pictures.

Her company has two major releases lined up this year — “Satyameva Jayate 2” and “Bell Bottom”.

Hollywood, too, has announced a few big releases such as “No Time To Die” which is the latest film in the James Bond series, Tom Cruise-starrer “Top Gun: Maverick” Scarlett Johansson-starrer “Black Widow”, and Vin Diesel-starrer “F9” in the country.

“There is a huge demand for Hollywood films in India,” said Devang Sampat, deputy chief executive of Cinepolis India, a Mexican multiplex chain that operates about 400 screens in the country.

“Earlier, Hollywood contributed only 7-8 percent of our total earning, but now the share has increased to nearly 25 percent,” he said. “With all the big releases lined up, I am sure Hollywood films will do better this year than they did in 2019.”

PVR Pictures, the movie distribution arm of multiplex operator PVR, will be releasing over 15 Hollywood films in India this year, including “The Father”, starring Oscar-winners Anthony Hopkins and Olivia Colman, “The Mauritanian” with Jodie Foster and Benedict Cumberbatch, “Breaking News in Yuba County” with Jake Gyllenhaal and Tate Taylor, and “Six Minutes to Midnight” featuring Judi Dench.

“In the past few years the audience has evolved and are open to watching world cinema,” Kamal Gianchandani, chief executive, PVR Pictures, told Zenger News.

“We released ‘Parasite’, the Korean film that won the Oscar Best Picture in 2019, in India,” he said. “The Korean film made around INR 10 crore ($1.3 million). There is a huge potential for international cinema in India, especially Hollywood.”