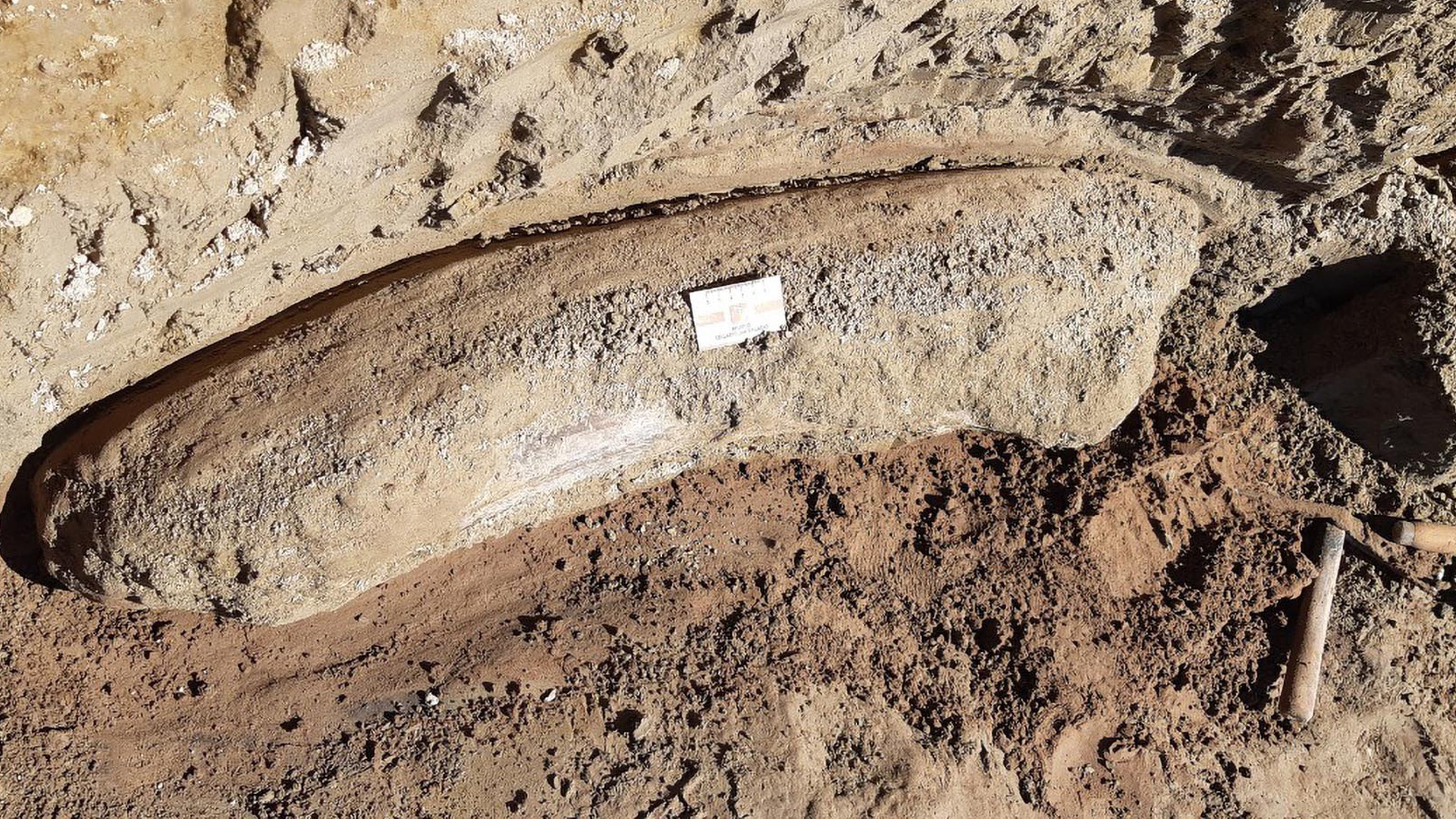 The Stegomastodon fossil found in the river bed of Salado, Argentina in the last weeks of February 2021.(Jorge M. Marchetto/Real Press)

BUENOS AIRES, Argentina – An acute drought in Argentina has dried up the Salado river and exposed the river bed resulting in the discovery of 10,000-year-old fossilized remains.

The river in the Partido of Junin region in Buenos Aires was severely affected due to droughts that have hit the region since December 2020.

Jose Maria Marchetto, the coordinator of the municipal palaeontological Museum Legado del Salado, located in Junin, says that so far 200 fossils have been found in the area.

The remains of a toxodon were also found, which means “bow tooth” in reference to the curvature of their teeth.“It was a herbivorous animal, also from South America and its main characteristic is an arc-shaped tooth,” said Marchetto.

During this drought, the fossilized remains of macrauchenia (a large, long-necked, long-limbed, three-toed native South American mammal) were found. As per Marchetto, this species was similar to a lama but bigger and heavier as it was around 1,000 kilograms and had “a short trunk and three toes”.

Hundreds of fossilized remains from glyptodonts, which are similar to today’s armadillos, megatherium, and were the giant ancestors of sloths, as well as stegomastodon fossils, from the ancestor of today’s elephants, were also discovered.

As the remains can easily be seen, thanks to the low water levels of the Salado river, some people are taking them, and the experts are concerned because there have been some areas, where the locals have pillaged the better remains.

“People find these pieces and just for the curiosity they take them from there. But we are concerned because we have found excavations, such as in the place where the tusk of the elephant ancestor was found, that were ready to be rescued, among other excavations” explains Marchetto.

“All this activity is illegal, fossils can’t be removed by people who don’t have the permits and knowledge to do so,” the museum authorities wrote. “In addition, the fossils have no economic value and are not a private collection of anyone, the fossils belong to our city and the museum is the place they should go to.”

The current laws pertaining to national heritage in Argentina state that fossilized remains have no economic value, cannot be sold and should be unearthed only with proper permission. It is therefore illegal to remove them.

Sometimes, people are not informed about that law and take the fossilized remains out of curiosity, and Marchetto has asked citizens to give any remains found to the museum.

The museum also warned that taking fossils could be considered as an act of vandalism and could be punished with fines and even prison in some cases.