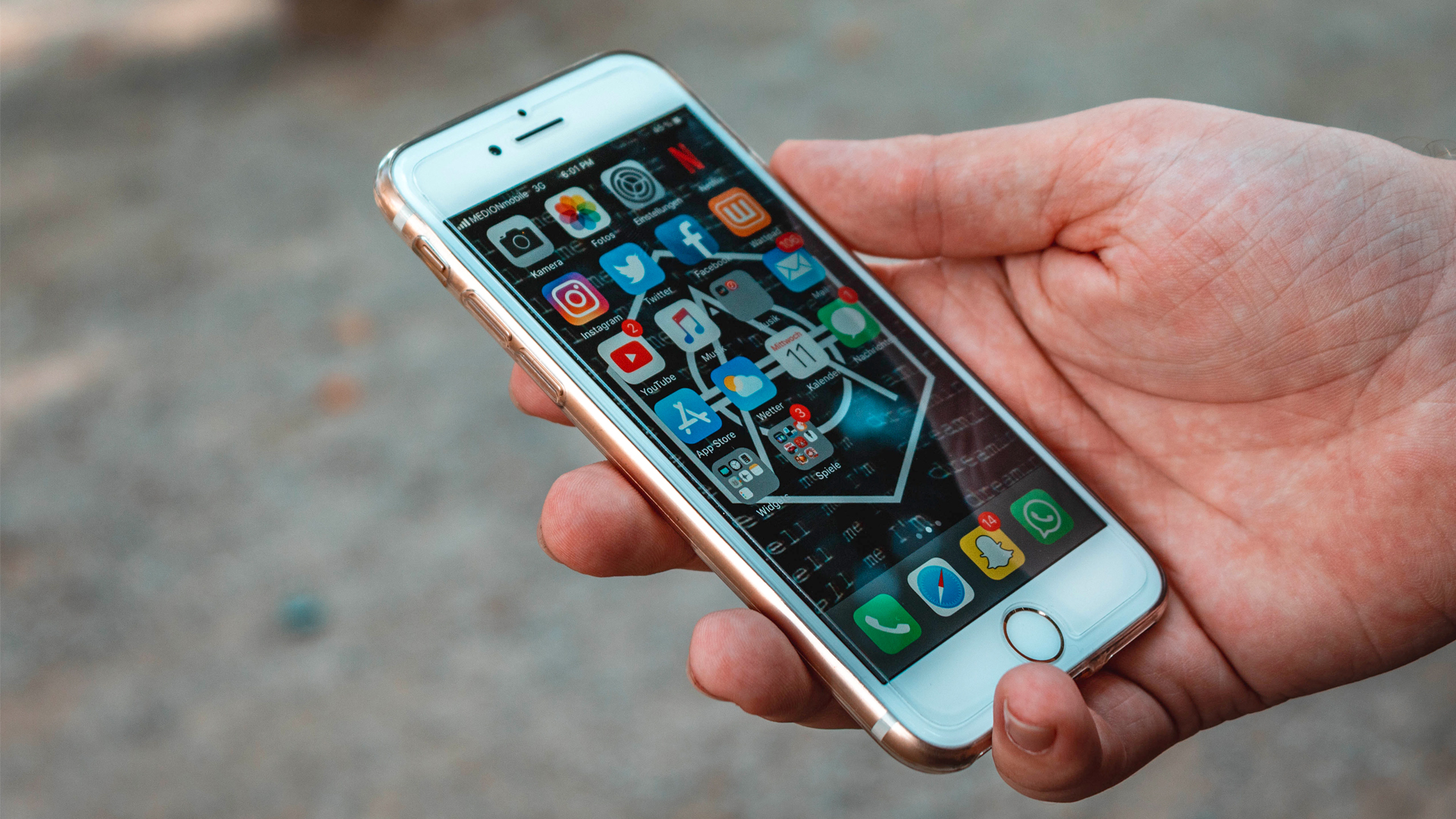 The Information Technology (Intermediary Guidelines and Digital Media Ethics Code) Rules, 2021, will replace the 2011 rules and give the government powers for reparation mechanisms. (Sara Kurfeb/Unsplash)

Social media sites and messaging apps need to “enable the identification of the first originator of the information,” without going into the contents of the message.

While OTT platforms like Amazon Prime, Netflix, Hotstar, and digital media have been allowed to self-regulate with a three-tier reparation mechanism, they ultimately defer to the Ministry of Information & Broadcasting.

The Information Technology (Intermediary Guidelines and Digital Media Ethics Code) Rules, 2021, will replace the 2011 rules and give the government powers for reparation mechanisms.

The new rules were announced on Feb. 25, and are in effect already.

“It was found that currently there is no robust complaint mechanism wherein ordinary users of social media and OTT platforms can register their complaint and get it redressed within a defined timeline,” a release from the Ministry of Electronics and Information Technology, known as MeitY, states.

“Lack of transparency and absence of robust grievance reparation mechanisms have left the users totally dependent on the whims and fancies of social media platforms,” it states. 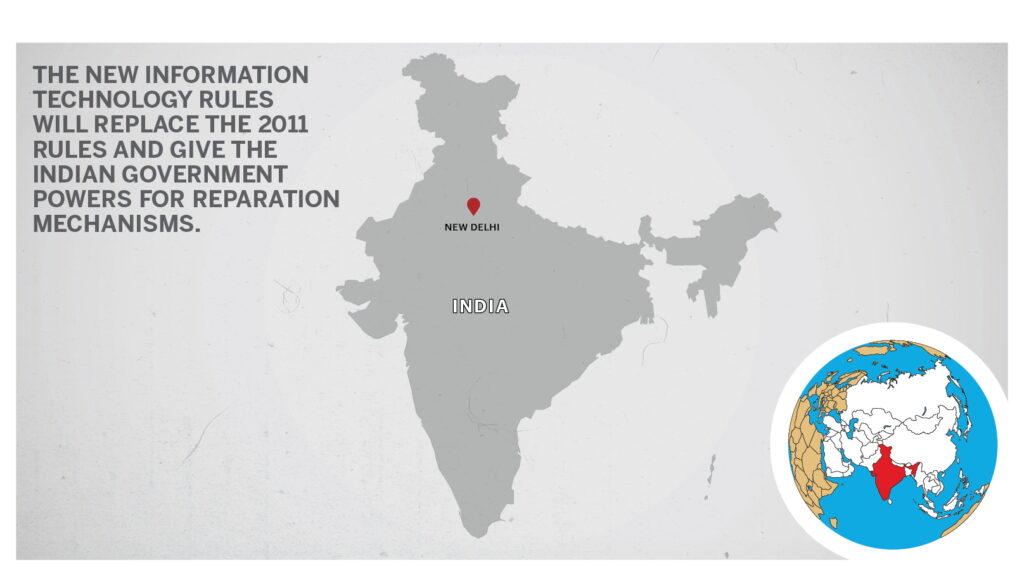 While social media intermediaries and messaging apps will enable the identification of the first originator of the information; this has raised questions surrounding the potential stifling of freedom of expression and the need for apps like WhatsApp, Telegram, and Signal to break their end-to-end encryption software. But the rules say this will only apply when the penalty is “not less than five years.” This includes offenses related to the sovereignty and integrity of India, the security of the State, or sexually explicit material, among others.

“Given that there are no known methods of implementing originator traceability that would not violate the fundamental right to privacy, safety, and security of the users, there is a need to clarify how exactly are the significant social media intermediaries in the messaging ecosystem expected to comply,” Kazim Rizvi, the founder of public policy think-tank The Dialogue, told Zenger News.

While there has been an increased push to regulate big tech firms through policies on data protection and consumer protection among others, “due to the sheer number of people they have on their platforms, and the vitality of these platforms in the everyday digital life, the trade-off is to ensure the State objectives of protecting its citizens from harms are met, at the same time allowing for these companies to continue dispensing the role they play within limits,” Rizvi said.

These guidelines come weeks after the government’s standoff with Twitter over its request to remove around 1,178 accounts citing misinformation over the new farm laws. India had also asked Twitter to block 257 accounts. Twitter declined to comment on the new IT rules.

In 2018, Facebook-owned WhatsApp had turned down government requests to identify the origin of messages, saying such traceability would undermine end-to-end encryption and weaken its privacy protections.

The new rules essentially seek to make ‘social media intermediaries’ accountable and liable for the data it shares, stores, and processes. They also make it tougher for companies to refuse information to the government.

“We welcome regulations that set guidelines for addressing today’s toughest challenges on the internet. The details of rules like these matter, and we will carefully study the new rules. Facebook is an ally for India and the agenda of user safety and security is a critical one for our platforms,” a Facebook spokesperson told Zenger News.

In an earlier version of the draft rules shared by Internet Freedom Foundation, an advocacy group for digital rights, the definition of social media intermediaries is broad, including “websites, apps, and portals of social media networks, media sharing websites, blogs, online discussion forums and other such functionally similar intermediaries.”

The guidelines shared by MeitY on Feb. 25 simply say a social media intermediary primarily or solely enables interaction between two or more users to access information using its services. There is also additional due diligence for ‘significant’ social media intermediaries, that is, those having a certain threshold of registered users in India.

“Intermediaries rules have far-reaching consequences on online privacy, freedom of speech and expression, and access to information, in addition to the constitutional issues that the rules suffer from,” the Internet Freedom Foundation said in a post on Feb. 27.

Now, social media intermediaries must remove content no later than 36 hours from the receipt of a court order or notification from a government agency and must provide information or assistance to law enforcement agencies no later than 72 hours.

These significant social media intermediaries need to appoint a chief compliance officer, a nodal contact person “for 24×7 coordination with law enforcement agencies and officers to ensure compliance to their orders or requisitions” and a resident grievance officer. Firms are also required to publish monthly compliance reports that carry the number of complaints received and actions taken.

OTT platforms like Amazon Prime, Netflix, Hotstar have increasingly come under criticism for their content, the most recent being Amazon Prime’s original series “Tandav”, with critics claiming it is insensitive to the Hindu religion.

“A publisher shall take into consideration India’s multi-racial and multi-religious context and exercise due caution and discretion when featuring the activities, beliefs, practices, or views of any racial or religious group,” according to the code of ethics for online curated content.

OTT and digital media outlets must appoint a grievance officer to make decisions on complaints within 15 days. While the first level is self-regulation, the second level is the formation of a self-regulatory body, which will be headed by “a retired judge of the Supreme Court, a high court, or an independent eminent person” and should register themselves with the Ministry of Information & Broadcasting within 30 days from date of notification of the rules. The body will address complaints that are not resolved by publishers within 15 days and hear appeals filed by complainants, the rules state.

The third level is an oversight mechanism developed by the Ministry of Information & Broadcasting, which will establish an inter-departmental committee with representatives from ministries like Home Affairs, Women & Child Development, and Law & Justice.

This committee will hear complaints and make recommendations that include issuing warnings, requiring an apology, or “delete or modify content for preventing incitement to the commission of a cognizable offense relating to public order.”

“The lack of judicial oversight in the inter-departmental committee (at the oversight mechanism level) and establishing an appellate tribunal to hear final appeals are also matters of concern. The government as per this framework is the final authority for deciding a complaint, in the absence of an appellate tribunal citizens will be required to file writ petitions before the judiciary,” Rizvi said.

While there have been calls for the government to have an open dialogue with stakeholders in the concerned industries, the government said these rules were finalized after inputs.

“MeitY prepared the draft rules and invited public comments on Dec. 24, 2018. MeitY received 171 comments from individuals, civil society, industry associations, and organizations. Eighty counter comments were also received. These comments were analyzed in detail and an inter-ministerial meeting was also held and accordingly, these rules have been finalized,” the government said.