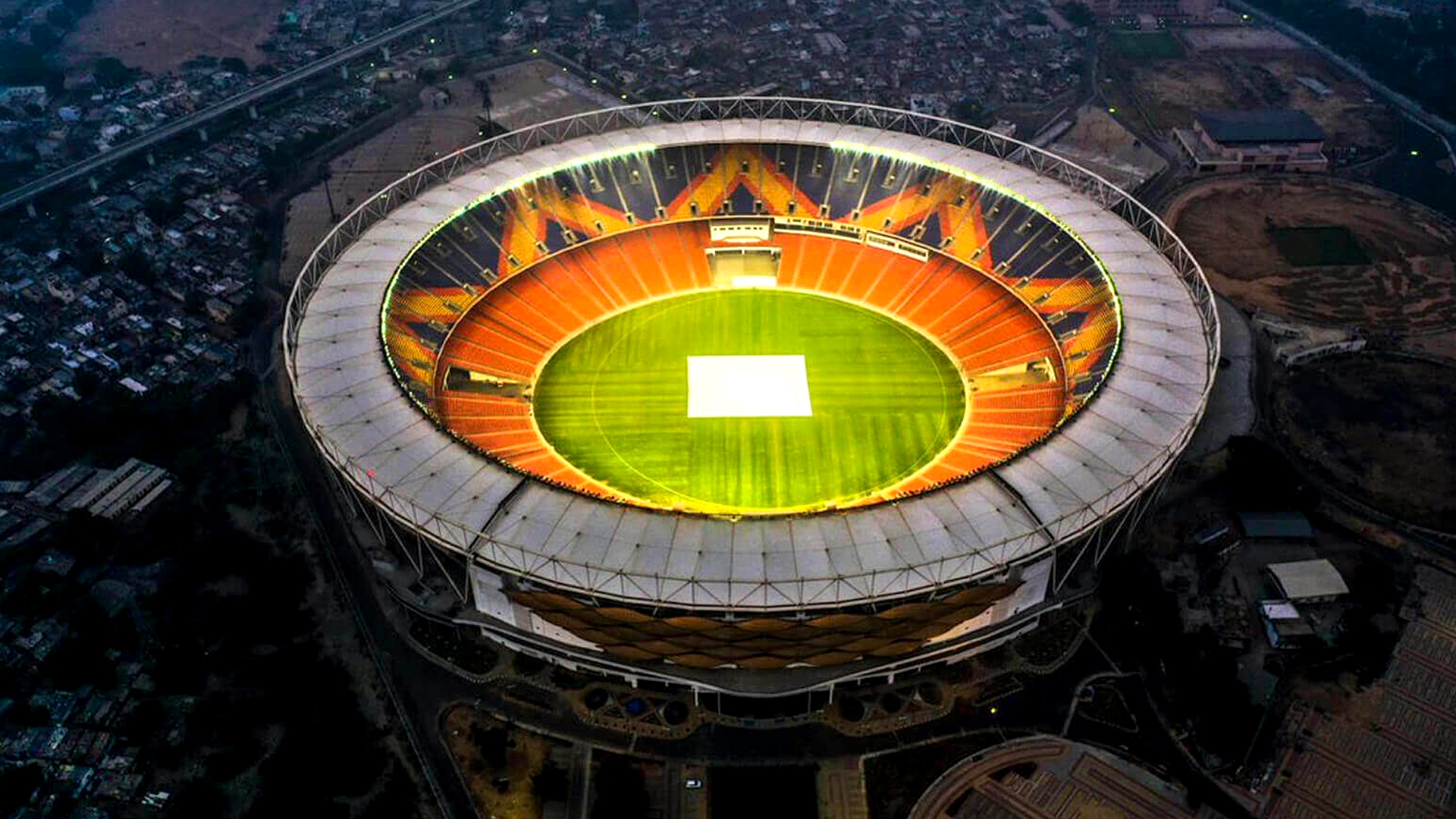 PUNE, India — The world’s largest cricket stadium in Motera, in the western Indian state of Gujarat, hosted its first Test match between India and England on Feb. 24. But while this match was still on, the stadium became host to another game off the field.

The disputations began when people started critiquing the government for renaming the refurbished stadium, which can seat 132,000 at the same time, after Indian Prime Minister Narendra Modi. India’s President Ramnath Kovind formally inaugurated the ground on Feb. 24, and  tweeted: “I am very happy to inaugurate the world’s largest cricket stadium built by the Gujarat Cricket Association.” 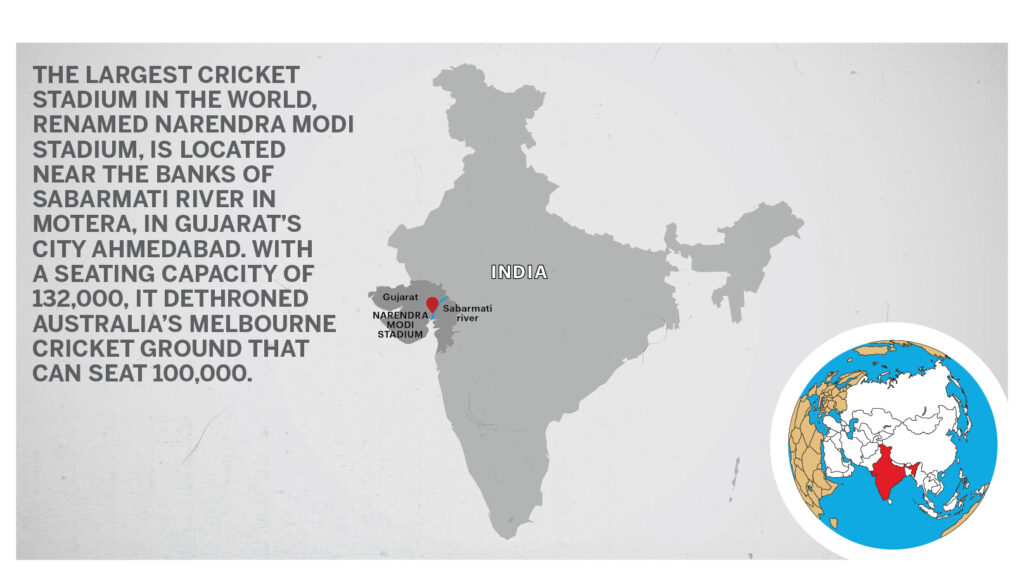 “I’m a huge admirer of the modesty Modi showed in naming the world’s largest cricket stadium after himself. Not always a good sign for countries when leaders start pulling that trick,” Tom Holland, an English author and historian, tweeted.

As bizarre as it may sound, soon people (mostly followers of Modi) mistook Tom Holland to be actor Tom Holland of Spider-Man fame, and within hours #BoycottSpiderman topped the trending list on Twitter. The row went to the extent where people started calling for a boycott of the upcoming Marvel film “Spider-Man: No Way Home”.

“That’s it — I’m never going to watch a Spider-Man film again! Some sacrifices have to be made. Country first, movie later,” tweeted actor and voice-over artist Ashwin Mushran. He has lent his voice to the dubbing of Netflix’s hit Spanish docu-crime series “Money Heist”.

After learning that he might have “single-handedly” destroyed prospects for the next Spider-Man in India, the historian came online to clarify. “Just for the record, and to save Marvel’s profits in India, I freely acknowledge that Narendra Modi is a man of immense humility and that his naming the world’s largest cricket stadium after himself is in no way quite hilariously immodest,” the historian tweeted.

And, again: “I had not realized that #BoycottSpiderman actually trended in India on the day that @TomHolland1996 was promoting his new film! My apologies to him as well. (Though it is quite funny…).”

The stadium, which dethroned Australia’s Melbourne Cricket Ground that can seat 100,000, had made headlines exactly a year ago for another reason.

It had hosted former U.S. President Donald Trump on Feb. 24, 2020. Before the Namaste Trump event, the former president had said Modi had “promised him” there will be “millions of people” from the Gujarat airport to the new stadium.

Naming a stadium after a former minister isn’t new to India. The Feroz Shah Kotla Stadium in the national capital of New Delhi was renamed after former minister Arun Jaitley in August 2019. What created a stir this time was that the building was named after a sitting prime minister.

“The stadium was planned and proposed when Modi was the president of the Gujarat Cricket Association, and it was he who encouraged its renovation,” said Chandresh Narayanan, former media and communications officer, and the media rights and digital officer for the International Cricket Council.

“So, the stadium was renamed as a tribute,” he said. Before the renovation, the stadium could only seat 53,000 people.

The political criticism over renaming the stadium, too, was marred by guffaws. Several leaders of the Indian National Congress, a major national political party, criticized the Narendra Modi-led government.

“Beautiful how the truth reveals itself,” tweeted Indian National Congress party president Rahul Gandhi. He called out how the two ends of the stadium were named after two big conglomerates, hinting at the proximity of the government with corporate bigwigs.

Representatives of the ruling party mocked the Opposition for not getting their facts right. “The name of the whole sports complex is Sardar Patel Sports Enclave,” tweeted Kiren Rijiju, India’s minister of state for youth affairs. “Only the name of one cricket stadium, within that complex has been named Narendra Modi Stadium. Ironically, ‘the parivaar’ (the family) which never respected Sardar Patel, even after his death, is now making hue and cry!”

The stadium’s pitch, too, got its share of beating. It turned out to be a rank turner, where batsmen could not last for more than two days. As many as five batsmen recorded a duck. Since the Second World War, this was the shortest test match that got completed (wasn’t a draw) in terms of the number of balls bowled.

“There was nothing wrong with the pitch. It was the application of the batting technique of both the teams that was ridiculous,” Rishee Chhabra, one of the founding members of Bharat Army, a fan group of the Indian Cricket Team, told Zenger News.

“It is such an exciting atmosphere here at the largest cricket stadium,” Kohli said during the toss ahead of the day/night Test against England. “I’m a bit more worried about the lights than the color of the seats. We’ve played at a similar stadium in Dubai.”

Unlike the conventional floodlight towers used in other stadiums, the stadium’s towers are installed at the circumference of the stadium’s roof — like a ‘ring of fire’. Eventually, however, Kohli’s boys won the match.