While the rules don't mention any penalty, influencers have to mandatorily state when their updates have paid content.
By Nimish Sawant March 1, 2021
Facebook
Twitter
Linkedin
Email 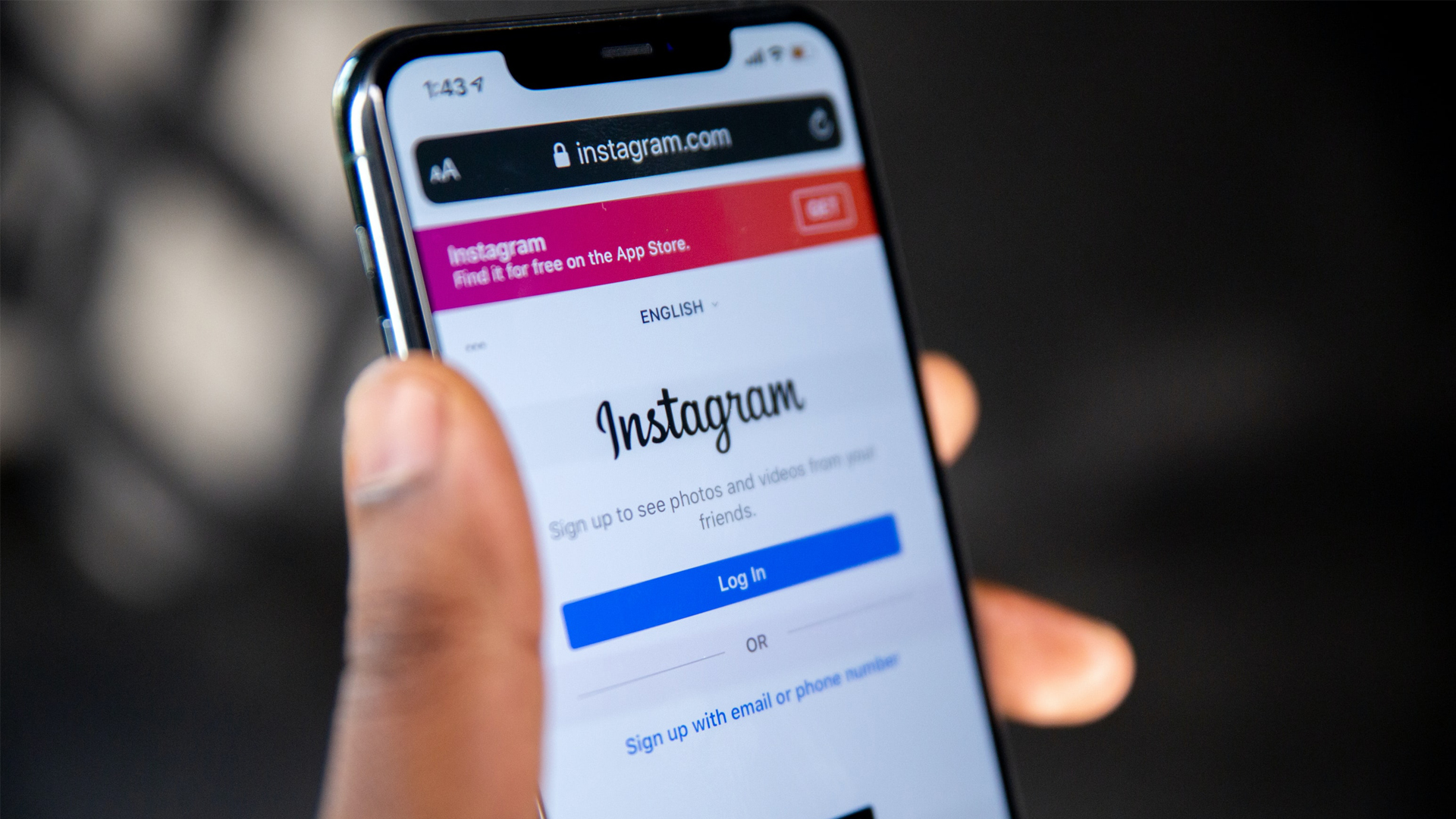 MUMBAI, India — Thirty-eight-year-old Mumbai- and Colombo-based content creator, Riaan J. George, who has over 44,000 followers on Instagram, wasn’t surprised when he came to know that India’s advertising body is getting ready to monitor social media influencers.

“Eventually, it was bound to happen. This is going to be a game-changer. It will also change the way customers perceive influencers,” said George.

The “influencer advertising on digital media” draft guidelines, which make it mandatory for influencers to state when their updates have paid content, will be applicable to all promotional posts published from April 15, the Advertising Standards Council of India – a self-regulatory and non-governmental organization — said on Feb. 22.

The draft identifies influencers as “someone who has access to an audience and the power to affect their purchasing decisions or opinions about a product, service, brand or experience.” The final guidelines will be released on March 31 after the council receives feedback from the advertising industry and influencers. 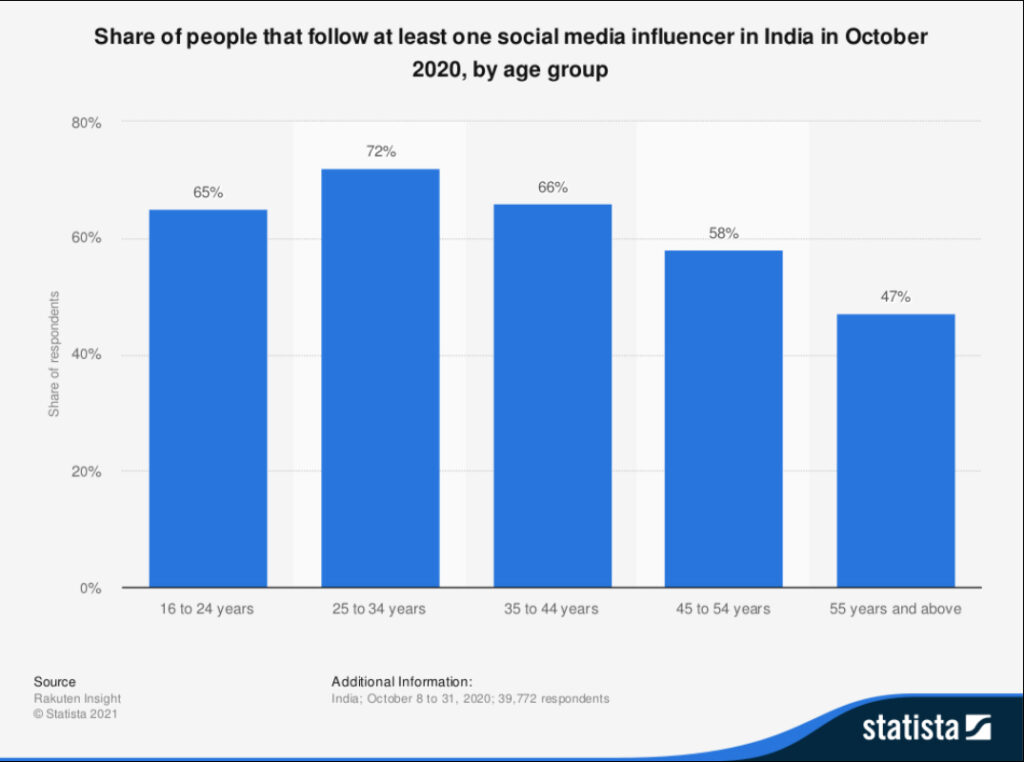 “Over the past five years, we have seen the influence of social media and digital marketing, and we have seen influencers making money by promoting brands,” brand specialist Harish Bijoor told Zenger News terming these guidelines to be important.

“This is the first time the Advertising Standards Council of India is trampling on the toes of social media. It is saying that social media promotion must have controls. In that sense, they are correct,” said Bijoor.

Until now, the council monitored advertisements on print, radio, television, and websites, and tied up with a research firm in September 2020 to scan more than 3,000 digital platforms for misleading marketing messages.

Influencer marketing saw an uptick in India last year when people were home-bound and the time spent on devices shot up. Mobile traffic grew 60 times from 2015 to 2020 and the average data consumption among Indians was at 13.5 gigabytes per month in 2020, according to the Mobile Broadband India Traffic report.

“A recent collaborative study done by us shows that even rural and small-town consumers are increasingly viewing advertisements on digital media,” said Manisha Kapoor, secretary-general of Advertising Standards Council of India.

“It is estimated that over 100,000 influencers are now working with brands,” Kapoor said, adding the guidelines have been proposed to improve transparency. “We received overwhelmingly positive feedback from influencers who felt it was time the industry had some rules for responsible behavior.” 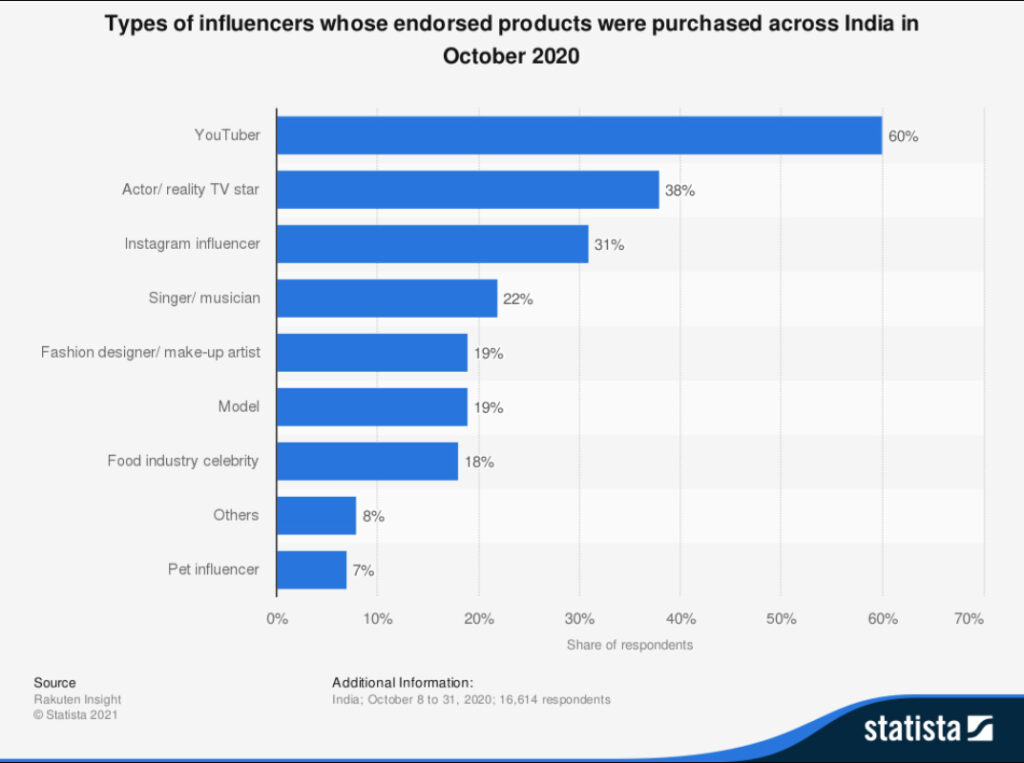 Nearly 72 percent of the respondents from the age group of 25 to 34 years in India admitted to following at least one influencer on social media, according to a survey by Rakuten Insight in October 2020.

“There are no official checks unless you are registered as a company,” said Shradha Agarwal, co-founder and chief operating officer of digital marketing agency Grapes Digital.

Stating that there have been murmurs of these guidelines since the past six-eight months, Agarwal said, “Only top influencers — with millions of followers on social media platforms — having the right invoicing processes would follow these guidelines.”

Disclosure requirements depend on brand policies and some brands are dead against it, according to George.

Bijoor isn’t convinced with these numbers as they’re not audited and believes it’s difficult to put an exact value to the economics around influencer marketing since it’s a highly evolving space.

But Agarwal said that nowadays marketing campaigns keep aside around 20 percent towards influencer marketing. “For the same amount spent on traditional advertising avenues, a lot more influencers can be activated, leading to more targeted advertising,” she said.

The draft has gone into the details of disclosures. Posts should have hashtags such as #ad, #collab, #promo, #sponsored, and #partnership to clarify their intended use. Videos or stories under 15 seconds would need a disclosure label for at least 2 seconds, and videos longer than 2 minutes would need disclosures whenever the product is mentioned.

In the U.S., the Federal Trade Commission has a list of disclosures necessary for social media influencers. In the U.K., the Competition and Markets Authority has laid down disclosure norms, too.

The European Union countries have their own disclosure rules. For instance, in France individuals can be fined €300,000 ($362,174) with or without imprisonment of up to two years, and companies €1.5 million ($1.81 million) for violating disclosure norms.

“Influencers abroad [in the U.S., U.K., and E.U.] are very upfront with the advertisers and insist that promotional products can’t be written about like they are organic posts. In India, that’s yet to happen,” said Agarwal.

Though the draft guidelines don’t have any provision for penalties, influencers could still be held accountable for false marketing. “The Consumer Protection Act, 2019, already provides penalties for endorsers. Influencers must insist on better contract documentation, and clarify roles and responsibilities with advertisers,” said Kapoor.

But Agarwal believed the onus must lie with the advertiser. “Influencers, on their end, need to have a written record of the claims being made by the product. The guidelines should make advertising brands more cautious.”

The majority of respondents of the survey by Rakuten Insight had admitted to purchasing products endorsed by YouTube influencers.

“The council will have to partner with social media platforms to understand how promotional activities happen there,” Falguni Vasavada-Oza, professor of strategic marketing at Mudra Institute of Communications told Zenger News.

“For instance, Instagram has a Paid Partnership tag, so that is taken care of. But others should have the right tags. Social media is huge and unorganized, so execution is going to be the biggest problem,” said Vasavada-Oza.

But given the fact that most influencers are adept at creativity, there is a lot of scope to smartly circumvent the guidelines.

“There isn’t really a way of knowing what is advertisement and what’s organic post. In effect, it’s difficult to catch those who aren’t being honest as there are no tools for that,” Vasavada-Oza said.