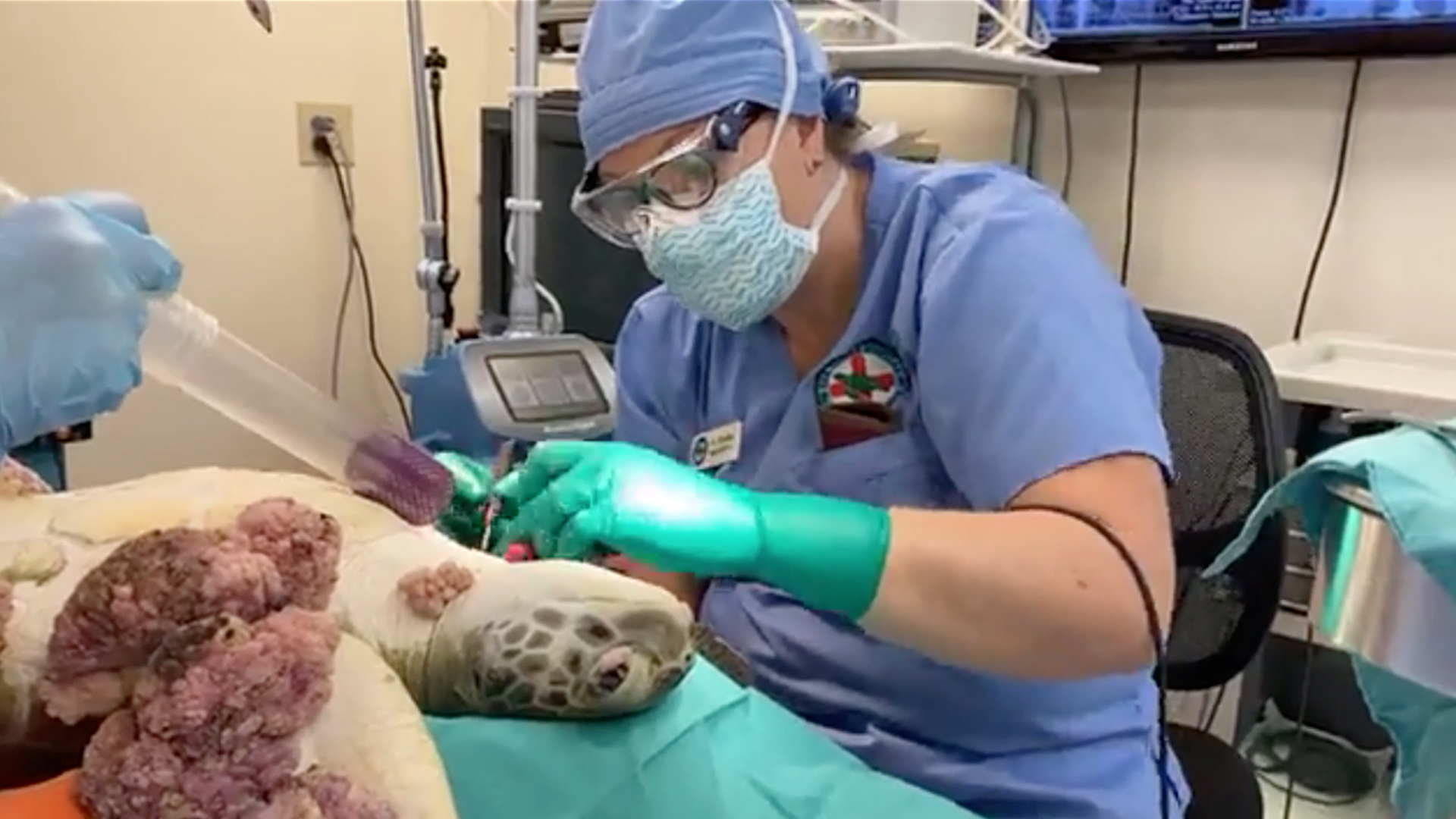 FLORIDA, USA – An animal hospital in Florida has released a video of a sea turtle operation where a veterinarian surgeon is removing overgrowth of tumors from its body.

“The surgery took just over an hour and the patient has already started swimming in its hospital tank the next day,” said Bette Zirkelbach, manager at the Turtle Hospital.

It is commonly reported that the virus is found in different concentrations throughout the world. Although tumors are benign, they affect movement and sight, making it difficult for the turtle to survive.

Fred had multiple fairly large tumors on its flippers, neck, eyes, and some internally. For external tumors, surgery is the only solution, since there is no cure or vaccine yet.

Reportedly, it takes approximately one year for the infected turtle to develop antibodies and become immune. Meanwhile, researchers worldwide are working to determine the cause and transmission of the virus.

He was treated by Dr. Brooke and her assistance at the Turtle Hospital in Marathon, Florida. He was sedated for the operation, which is the reason for being so still.

Brooke cut off the tumor overgrowth one by one, placing them on the side, before moving on to the next one.

As per the report “Invasive Species Compendium”, marine turtle fibropapillomatosis was first reported in the 1930s in green turtles in Key West, Florida. This disease has now become a worldwide, circumtropical distribution in the green turtles and other hosts, and has been reported from every major ocean basins in which green turtles are found, particularly in near-shore habitats.

The cases of this disease are highest among immature and juvenile green turtles, while it is rare in adults. The suggestions for this pattern include that the tumors can regress and be cured, while it has been documented in some individuals that the tumors become severe. However, the responses that cause these tumor regressions are unknown. Secondly, juvenile individuals with this category of the disease might die before reaching adulthood.

A Report suggested that “environmental factors may play a role in the development of the disease. Moreover, the presence of chemical contaminants might lead to this disease.” Early proponents of a possible relationship between degraded water quality and the presence of fibropapillomatosis proposed that chemical contaminants present in the water acted as immunotoxins or were causing damage at the cellular or genetic level.

There are very few available therapeutic strategies, with surgical excision being the most common treatment. Electrochemotherapy may represent an alternative to the techniques for the treatment.