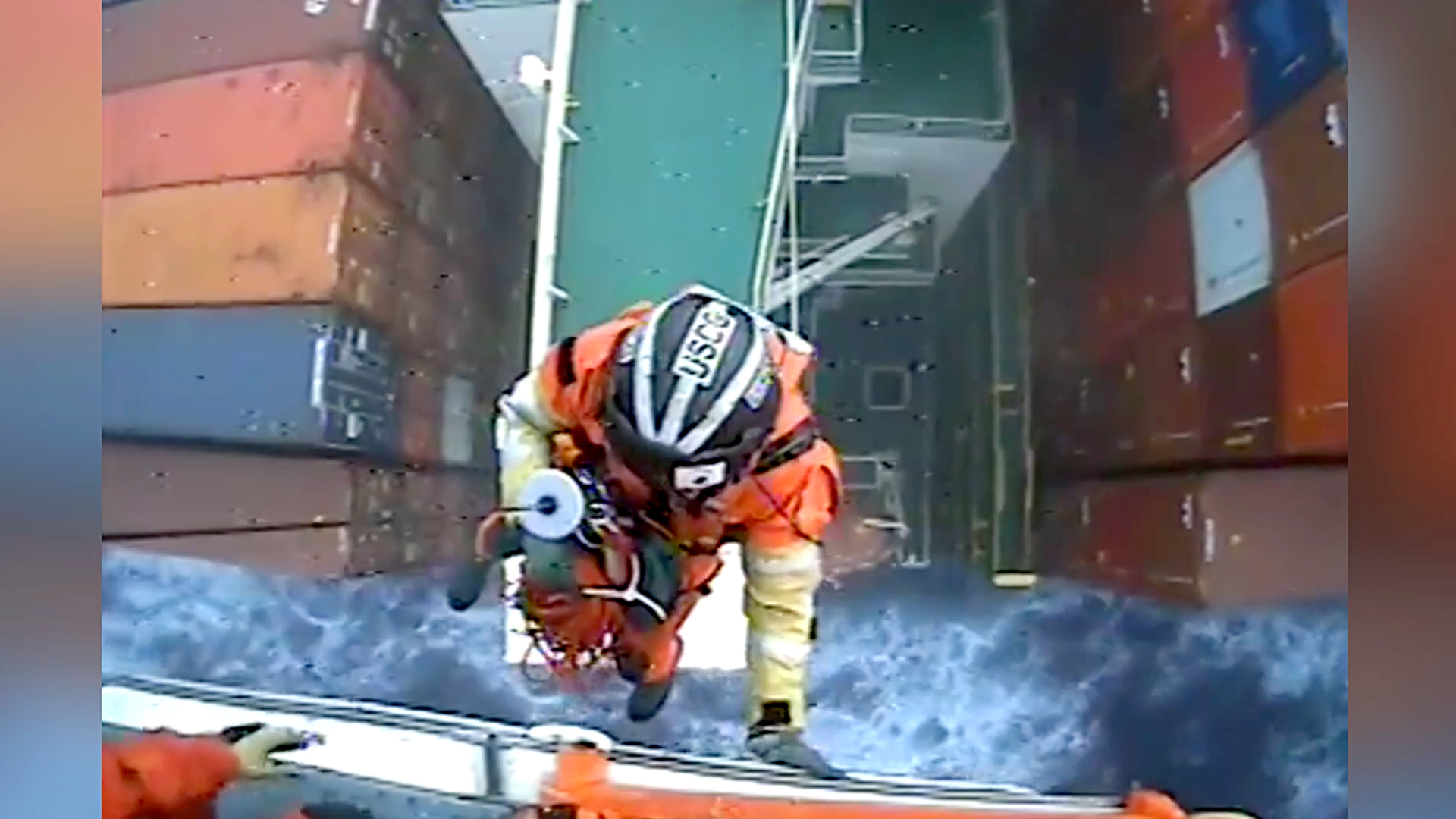 CALIFORNIA, USA – The United States Coast Guard released a video of an MH-65 Dolphin Helicopter crew battling the winds to rescue an injured sailor from a commercial cargo ship in California on Feb 19.

In the footage, it can be seen that the crew from U.S. Coast Guard Air Station San Francisco helping the injured from a ship 46 miles off the coast of San Luis Obispo.

The Aircrews can be seen lifting the injured man after having placed him on a stretcher and getting him safely into the helicopter, before taking him to a local hospital.

“The offshore environment always tries to throw surprises-especially with the fog bank not predicted to be to the surface,” said Lt. Kristin Euchler, the MH-65 Dolphin co-pilot for this rescue.

“Luckily with all the prior coordination, we were able to shoot the approach through the clouds with a solid radar hit of the large vessel. The coordination between District 11, the vessel and the C-27 overhead was crucial in finding the vessel.”

Euchler said the teamwork of all watchstanders and the vessel allowed for accurate fuel planning and success of the rescue window for the patient.

Every day, over 43,000 members of the US Coast Guard, along with over 8,000 reservists, and 30,000 auxiliaries take care of safety throughout 3.4 million square miles of US water territory.

The United States Coast Guard is the maritime security, search and rescue, and law enforcement service branch of the United States Armed Forces and one of the country’s eight uniformed services. 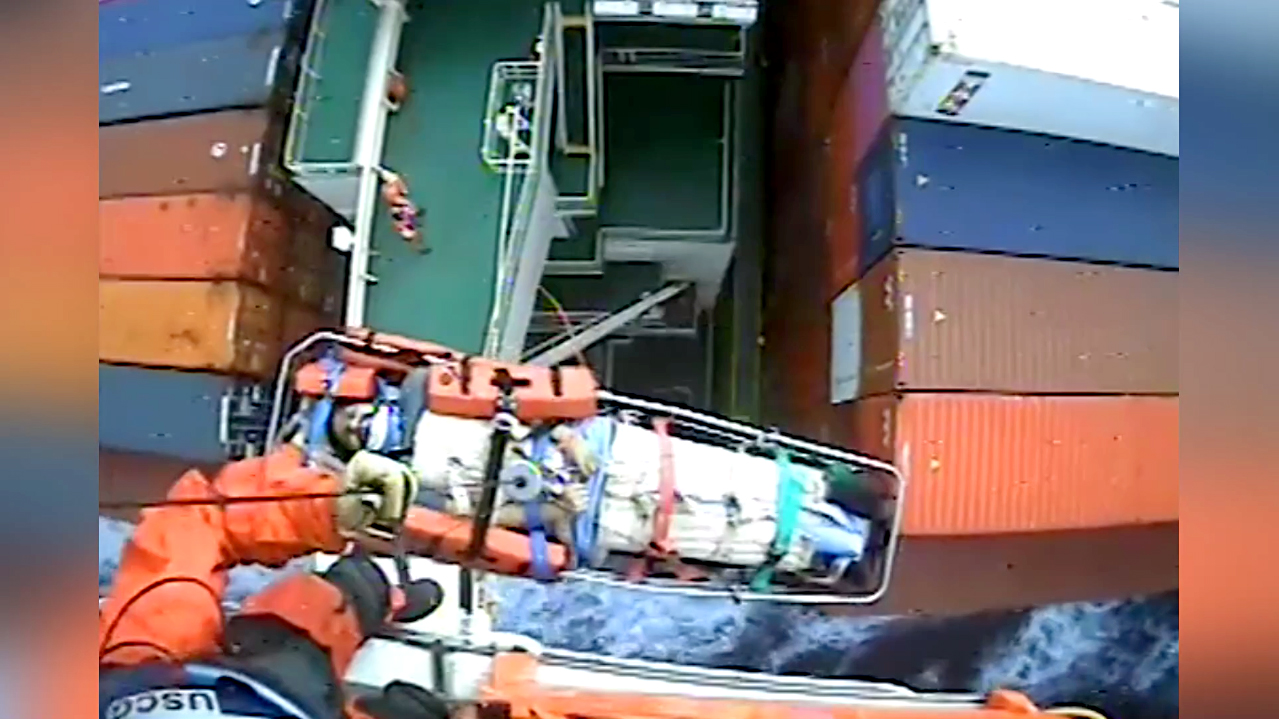 The Aircrews can be seen lifting the injured man after having placed him on the stretcher. (DVIDS, Petty Officer 1st Class Richard Brahm/Clipzilla)

In 2017, until the maritime rescue data were received, 15,951 cases were recorded and 618 lives were lost in total with 4188 lives being recovered by the United States Coastal Guard.